This afternoon I again tried some kiteboarding (and for the second time returned with a sliced foot - dirty hidden rocks). It'd been so long since the last outing that I'd forgotten most of the technique with the kite, so it was like learning it all over again. I did manage to stand up on the board for a few seconds though, heh \o/

After thoroughly wearing myself out I relaxed and took some pics of people who know what they're doing: 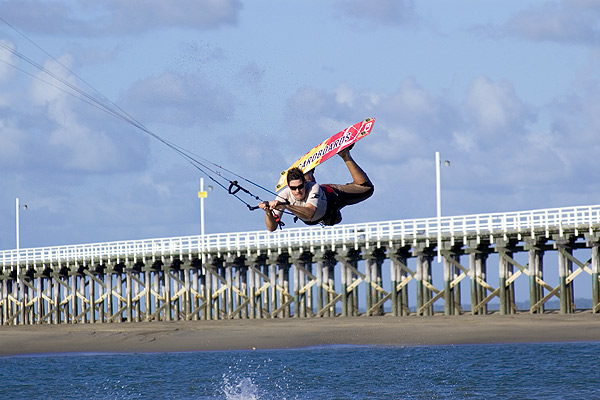 This pic doesn't do justice to the full version.

I've now got the hang of the camera's metering system and it's becoming easier to obtain consistent shots. On this particular occasion I decided to take the photos while standing in the water. Although this may seem (whilst holding thousands of dollars worth of moisture-sensitive electronic equipment) like a crazy idea, it's much safer than standing on the beach where sand is being blown everywhere. It also affords some interesting and unexpected photo opportunities: 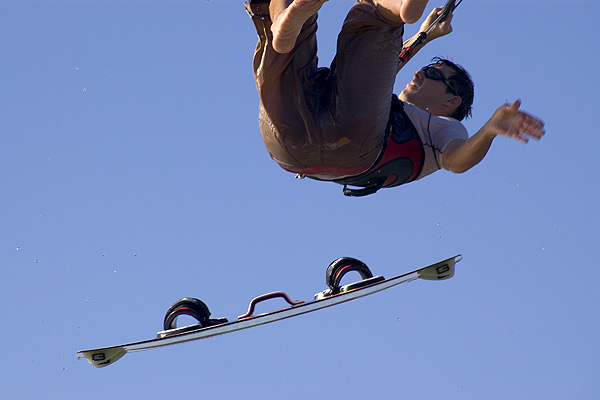 That's all for now. Over and out.

When I've found a few spare minutes I've been having lots of fun with my camera. I want to get a neutral density filter in the next few weeks so that I can take some better zoomed sunset shots. I promise there won't be too many more noodle-related photos: 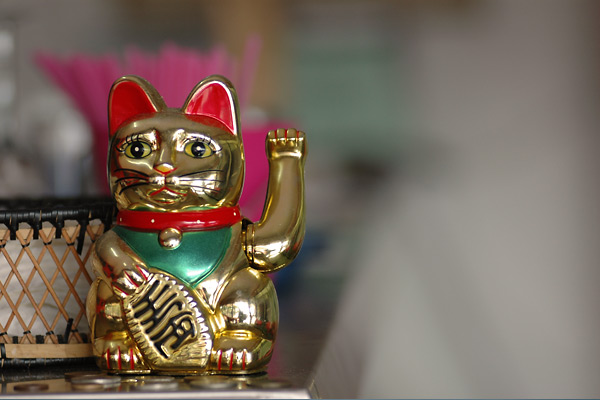 The past two weeks have been insane; a kind of purgatory where I seem to be paying for the sins of everyone but me ;) One work project that's been hell for a long time is finally ending. The entire experience can be described in three words: Project Management Nightmare. On my end the project has run very smoothly, but on the other end... well. It culminated about two weeks ago in an "interesting" dialogue that contained some astounding statements from an uninformed, power-tripping employee of the client. It's the first time I've been offended by something that a client has said; indeed, I can't remember the last time I was offended by anyone, client or otherwise.

As with all baseless attacks it was easily refuted, the eviscerating response (a tribute to Extension English) leaving them looking pretty foolish. I can't imagine what prompted the outburst, but their silence following my response was greatly satisfying.

All of the coding has been completed so I'm hopeful that this week signifies the end to what's been the worst relationship with a client I've experienced. Plus, I'm tired of looking at their grotesque logo and hideous corporate colours. There's still the issue of them paying, so it's unfortunately not over yet.

Really, this is the last one... 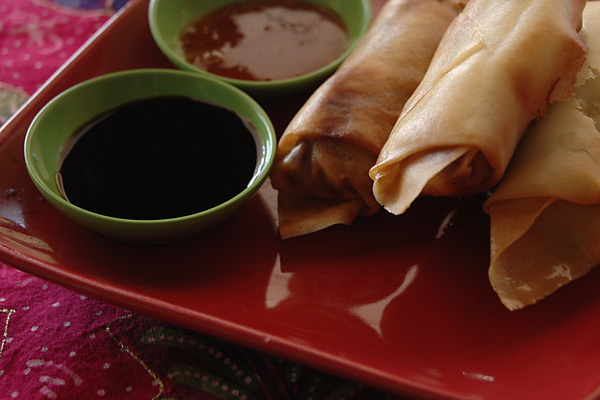 I've been putting my new camera and lenses to good use - great fun! I couldn't be happier with them; the D70 is a pleasure to use. I've finally got a bag for the camera/lenses/filters too, a LowePro Pro Mag 2 AW which fits everything in and is well-padded. Surprisingly it even fits the camera when the 80-200 f/2.8 is attached, something that's not possible with most camera shoulder bags - they're usually just a tad too shallow as they're designed for shorter lenses or to carry long lenses unattached. I'm still waiting on a Lian Li USB 2.0 internal card reader to arrive; transferring a gig of images over USB 1.0 is painful. I've been pondering over getting something like a Hoya R72 to try infrared photography, but that will have to wait for now.

I'm going to organise a gallery, but that probably won't be for a month or so as I've got no spare time right now because of work (which is an interesting story in itself, but too long to explain here).

Incidentally there was a photo comp running recently so for the heck of it I threw a couple of pics in at the last minute. I can't wait to see what people have come up with as the theme isn't easily quantified.

Speaking of competitions, part of my time in the past two weeks has been attributed to the administration of the POVCOMP, the grand prize for which is a $10000 (USD) Dual Opteron graphics workstation with 8 GB of RAM, an nVidia Quadro FX3000 and 1 TB of disk space. It's a strange feeling being involved in giving someone something worth that much. The winners are going to be announced at this year's LinuxWorld conference in Boston, which starts tomorrow.

As a summary of work: I'm in the middle of finishing a large website, designing a billboard advertisement and membership cards for a club with 20000 members and starting three other website projects in the next two weeks. Whew. There's also been a lot of other smaller stuff going on that's eaten up time (smaller sites and graphic design work).

In addition we've had a good friend of ours from Switzerland, Danièle, staying with us for the past few weeks, so obviously any spare time has been spent away from the computer (and thus the lack of updates). It's been great fun having her here and has prompted thoughts of visiting that side of the world later in the year. She left a couple of days ago and her boyfriend will be picking her up in Bangkok in an Airbus A340 (now that's what I call a ride - he's a pilot with Swiss Air). I can't imagine how she's acclimating: from high 30s in Australia to 40s in Bangkok, then to negative temperatures in Switzerland where it's snowing heavily. Fun :)

There's been some truly strange weather lately. One week it was hot, the next it rained every day, and for a few days there it snowed in the high country in Victoria. Snow in Australia in the middle of February? What's going on! It's been very hot here until two days ago when the weather took another odd turn and rain set in (with winter-like temps). I'm not complaining though: the lower the temp, the better.

Dell sent through the new power pack for my laptop, which was quicker than I'd expected. They even called me to confirm a delivery date and later pickup of the old power pack... quite impressive service considering the number of power packs they're replacing.

About a week ago some woman opened her car door into the side of my car (where "opened" equates to "slammed"). I wasn't impressed, mostly because I was in the car at the time. She at least could have had the decency to do it while I wasn't there so that I didn't have to experience the skull-grating noise that such a thing makes. What annoys me most is not the damage it did (which is rather nasty), but that there were only two cars in the entire carpark and she decided to park right next to mine, despite all of the free spaces. The logic that must have driven that decision is on a plane of thought quite perpendicular to my own. Exercising even trace amounts of care would have prevented the situation completely.

But enough ranting and raving, it's just hit 5 AM and the sky is starting to pale, I'm outta here! 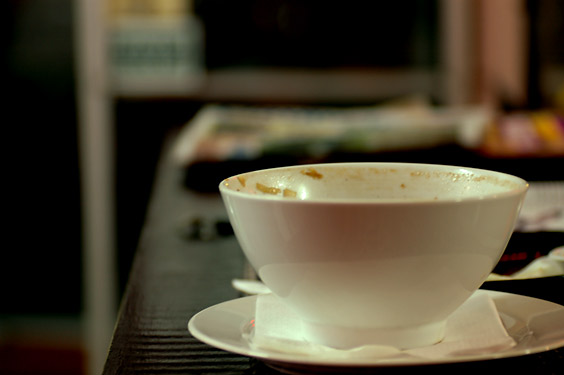