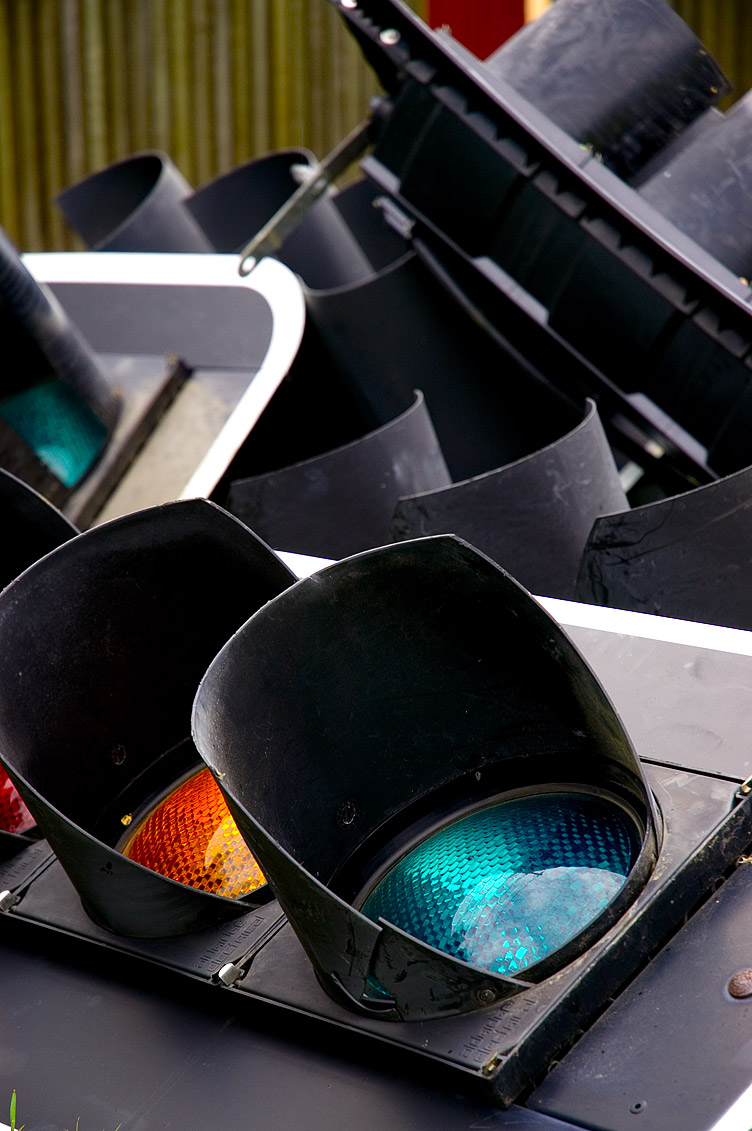 There seems to have been little time in the past month to update things here; hopefully that will change in coming weeks.

I haven't been taking a lot of photos lately as I'm waiting for my Manfrotto 405 tripod head to be repaired. About a month and a half ago I had to send it to the service centre in Melbourne because, to cut a long story short, the gear mechanism of one adjustment axis literally fell apart. It looks like the end hadn't been tightened properly in the factory and came loose, causing an internal spring to slip out of position and unwind. After waiting a month with no word from the repair centre I decided to contact them to see how things were going, only to be told that they had no record of it in their system. They've now "found" it (it was there all along, they had "lost" it internally) but say it won't be fixed until June - a very poor effort considering its value and how long it's been there already.

In more interesting news and as per the last photo, my oldest brother and his wife now have a new baby daughter! Sooho cuuttee! It's been baby-central; several of my friends and relatives are currently pregnant or have given birth recently, so it's become a fun distraction from the usual goings-on. It's intriguing to watch how people deal with the situation in the lead up to a birth and then how they cope with the changes it inevitably produces in their lives afterwards.

In reference to another prior photo on here (since I haven't written descriptions for the last few), the photo before the last is of what seems to be a fire lookout tower in a pine plantation. It's somewhere between Childers and Bundaberg (I had to make a trip up that way for some medical stuff last month), and driving along I couldn't help but stop and investigate as soon as I saw it. A lot of the region is relatively flat, so there are numerous communications towers, water towers and other tall structures dotted about - great subjects to photograph.

Last weekend I attended an engagement party for two good friends of mine and finally met many of their family members and friends who I've heard about but never talked to in person. It was a great night and no one got insanely drunk! There was an unusually similar sense of humour between many of them which led to me having seriously sore stomach muscles by the end of the party :)

Two weeks ago my new laptop arrived and I'm presently using it to post this update from bed (it's warmer here than out in the other room, plus the new wireless system allows me to access the network from anywhere in the house). It's a dual-core CPU system that I've designed primarily for coding and rendering while out of town, though this weekend I've been using it to plan some travel...

Which brings me to my last topic before I drift off to sleep. In just under 4 weeks I'll be leaving with family for New Zealand to have a holiday and do some sightseeing. The trip is a bit of a work-in-progress right now, but I've now booked all the flights and this evening some accommodation. I'm slowly working out the best way to get to see and do various things, the top of my list being a visit to the active volcanic island of Whakaari, about 50 km off the coast of the North Island. Queenstown on the South Island should also be nice as there'll likely be dustings of snow - it's going to be an adventure!

After we get back it won't be long before I leave again. In July I'll be heading to Mt Beauty and Falls Creek for a little stay, then meeting up with friends at Mt Hotham for a week of snowboarding :D Earlier this week I booked the flights for the return leg of the trip and the transfers, so with the accommodation booked that really only leaves the flights to get me near Mt Beauty and I'm all set! I just realised that means I'll be going on a minimum of 10 separate flights in the next two months - yay for increase in probability of death by aircraft accident ;) Oh well, it's worth it!

More updates and photos soon, but for now, bonne nuit!