Early in the morning in Christchurch, with the air crisp and still, we left for the train station to take a journey on the well-known TranzAlpine scenic railway, which cuts across the South Island from Christchurch to Greymouth directly through the alps. At the station we ran into some American tourists which, coincidentally, we'd already met at Milford Sound a few days earlier! 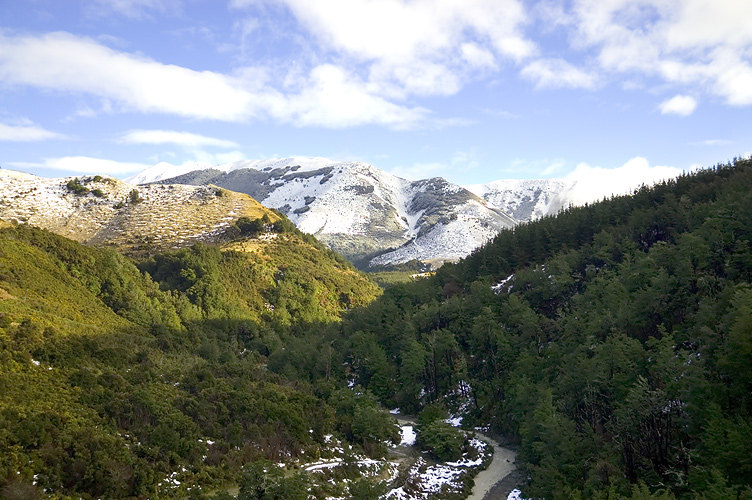 After crossing the plains and reaching the mountains the view becomes increasingly spectacular. The snow of the past week made for an even more varied landscape, but also slowed the trip significantly. Power outages and downed lines resulted in points being switched manually, while debris on the track made slower speeds requisite. 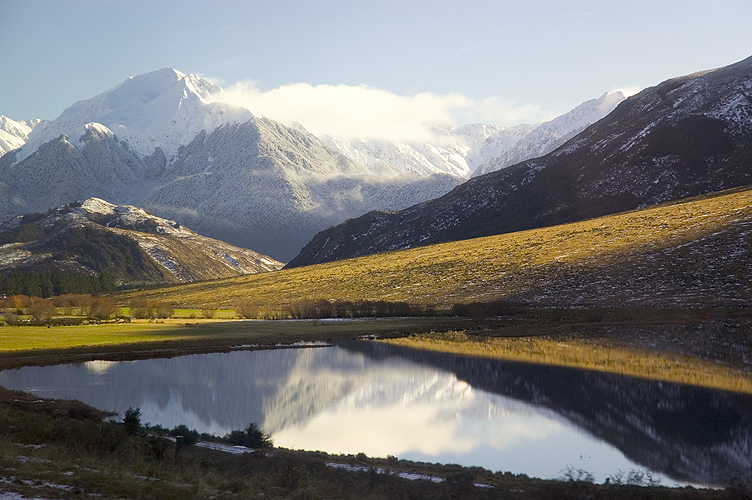 Winding through the mountains, across several viaducts and through tunnels, the line slowly increases altitude making its way into Arthur's Pass. The altitude was easy to track by the amount of snow on the ground. 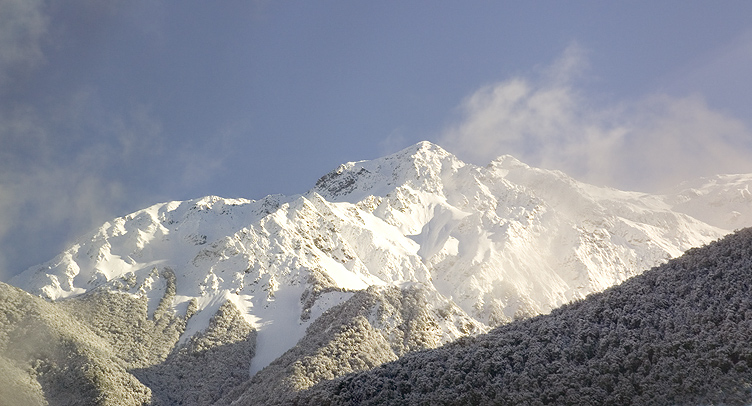 The sun shining at a low angle on the snowy peaks made everything glow, illuminating brilliant misty ghosts trailing into the sky. 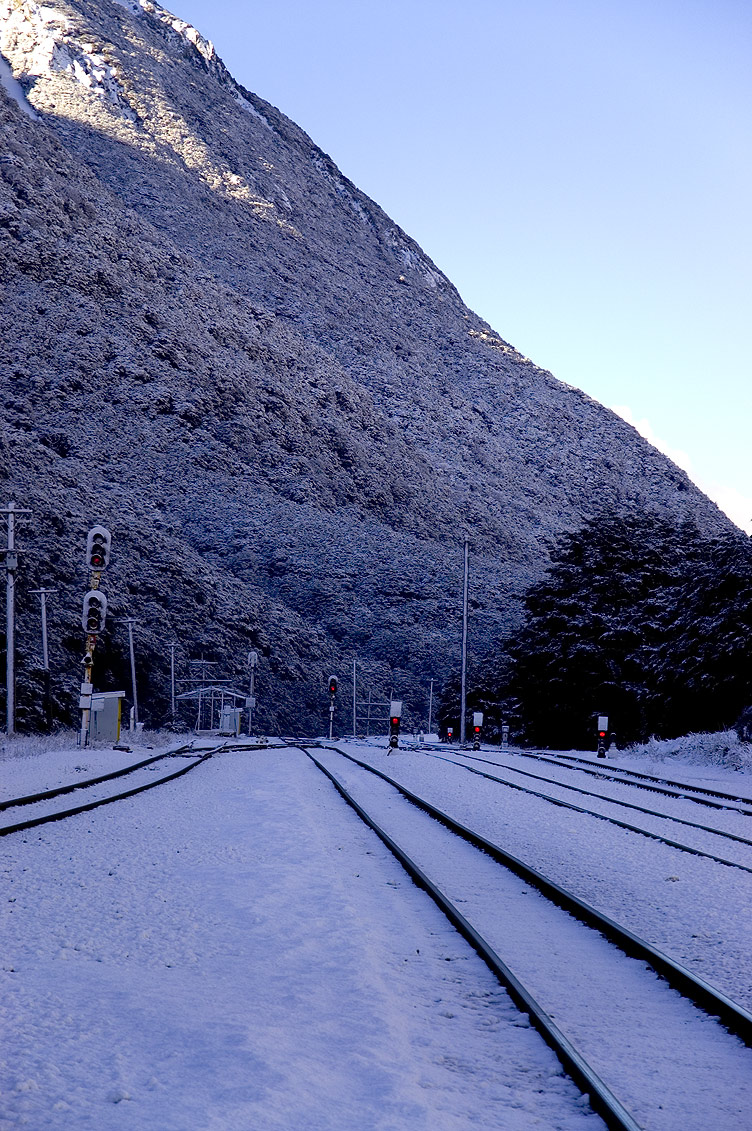 Stopping briefly at Arthur's Pass Station, the highest station in New Zealand, I hopped out to have a look around and walk in the fresh snow. Quiet and eerie, the station is situated in a shadowed valley blocked on its west by more mountains. Because of this, the line descends directly into the mountain rock through the Otira Tunnel, the longest tunnel on the journey at just over 8500 metres in length. The length of the tunnel and its steep gradient require an air evacuation system to ensure the air doesn't become toxic. After a train enters the tunnel from its lower end, doors close behind it and seal the tunnel so that huge air pumps (which can be seen at the tunnel entrance) can be used to clear the air. 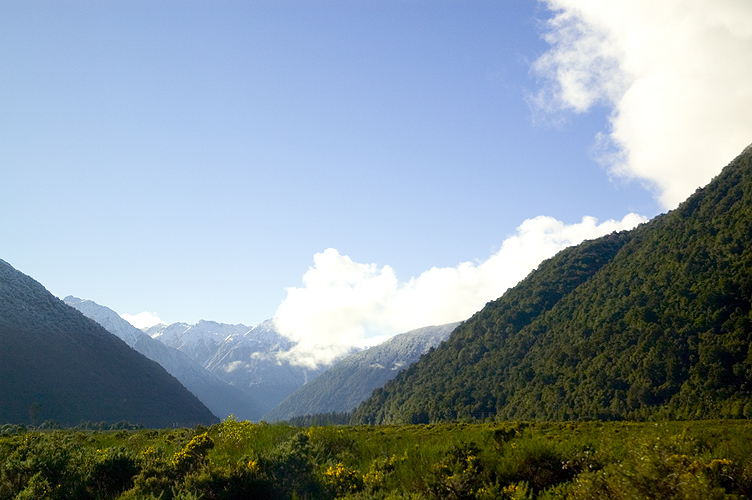 On the other side the view changes dramatically and the line follows rivers and streams through valleys of green and wild flowers, eventually making its way to Greymouth on the west coast. Here people can stop and continue their journey along the coast (Greymouth being a convenient access point to other attractions) or have lunch and return to Christchurch.

The TranzScenic has an open air viewing carriage which, although ridiculously cold, provides a great opportunity to see more of the landscape and get the full experience of traversing the viaducts. It also provides the best place to take photos! 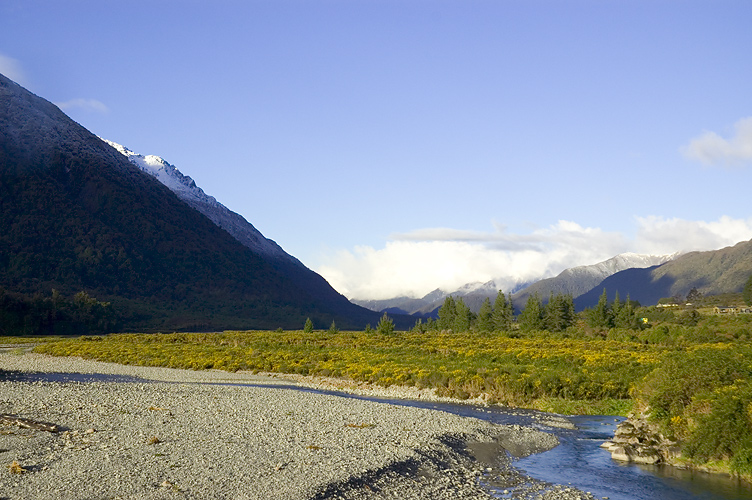 There are so many great things to say about this journey and the experience it provides. It's definitely a "must do" if you're ever in New Zealand as you get to see a compressed view of the varied Southern Alps. 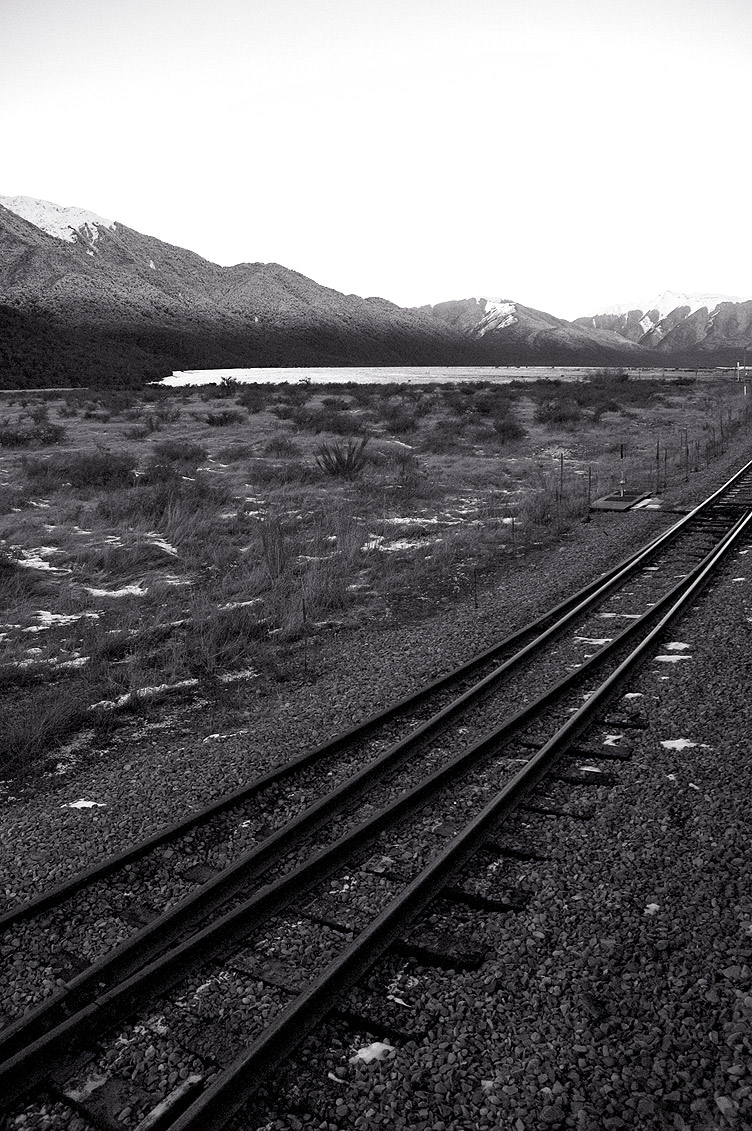 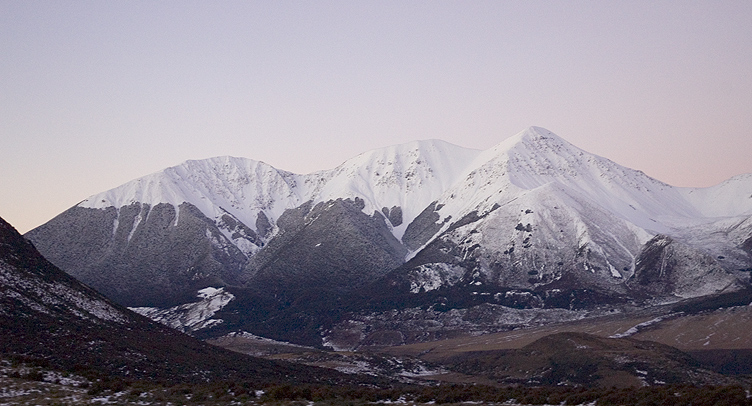 Returning through the alps in the late afternoon yielded a totally new atmosphere. That the train was delayed was a huge advantage, the pink diffused light of dusk painting the passing scenery in surreal and subtle strokes.

At Christchurch it was night already, the end of the final day of the trip (and what a day it was). The following morning was a 2 AM wake-up...