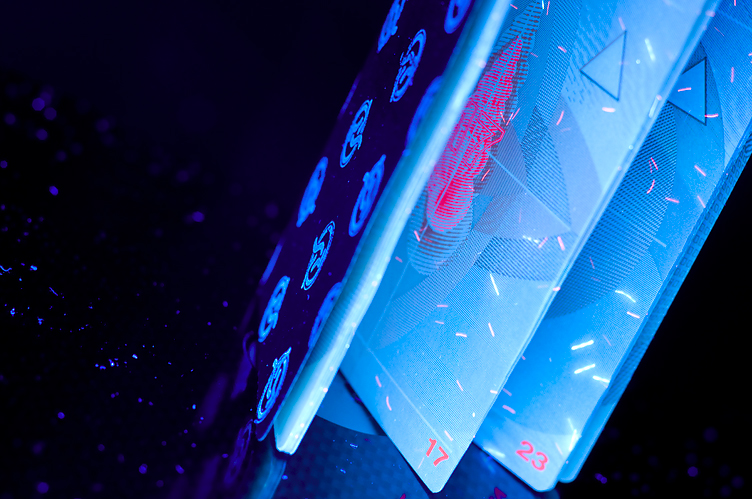 The time is flying by, each day blending into the next. I've no idea where the past week went! Getting work done and also trying to organise for the trip has been a nightmare, as has the process of having my camera and lenses insured. Normal travel insurance simply won't cover it and the specialty insurers have required equipment appraisals and other forms of hoop-jumping. Currently I'm without any certainty that it'll really be insured by the time I leave! Getting on the plane and leaving work and everything behind for three weeks will be a huge relief; it's no fun feeling like an insomniac Atlas.

Above, my passport under the influence of a UV lamp, exposing its various reactive ink security features.

And now, a recommendation! I first saw Troy Paiva's photographic work, "Lost America", in 2003, before digital cameras were a viable (or cost effective) option for long exposure night photography. At the time his film work was brilliant and it has always inspired me, although I'm yet to really experiment with the light painting techniques he utilises. Since 2005 he has been shooting digital and his photos have only improved. Recently I was pondering over the slow decline of the city of Detroit, its economy and communities crushed by the exodus of vehicle manufacturers, and it struck me that we are currently witnessing the beginning of the "Second Lost America". Once-prosperous and thriving cities are collapsing into decay and abandonment, like modern-day Chernobyls, victims of a different kind of man-made disaster. And with that, I'd encourage people to visit Troy's website, Lost America, to see what cities like Detroit may look like another 20 years from now.

Finally, once I leave for my trip I'll be providing updates when I can, along with "GPS updates" which will appear in the top right corner of the site. Clicking on the link will show a Google Map displaying where I've recently been - at least that's the plan! 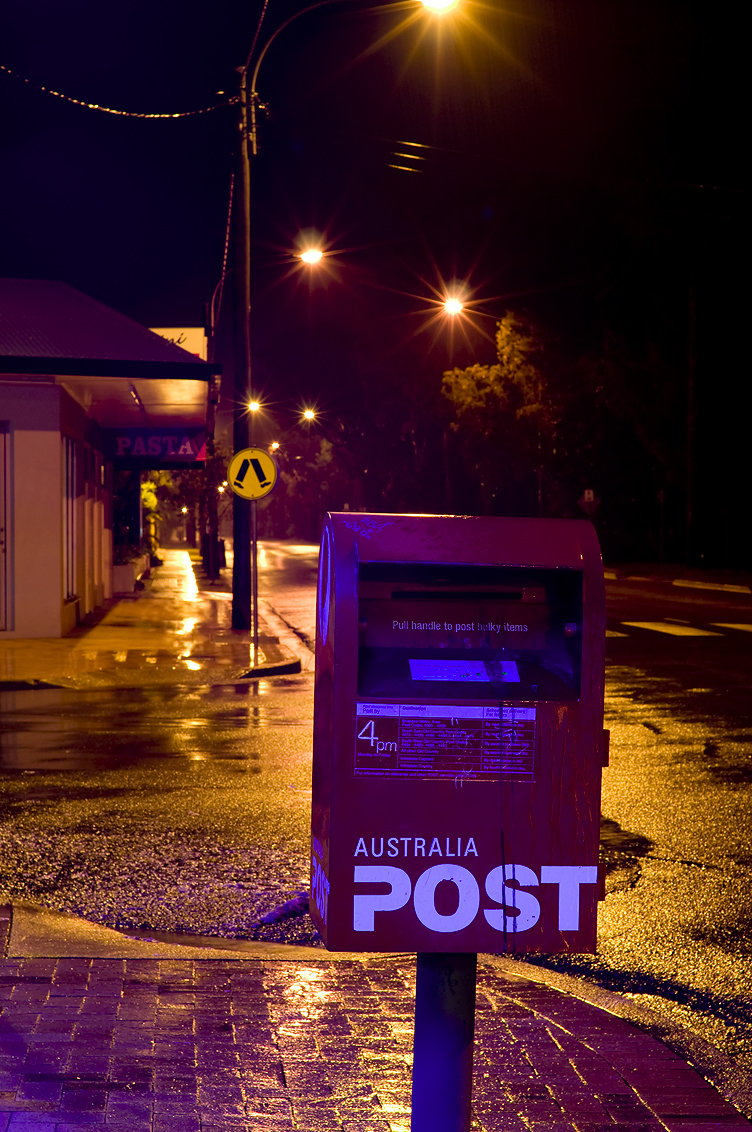 I noticed this post box a few weeks ago, illuminated by druglight fluorescents, but forgot about it until this evening while thinking about the rain that's currently drenching the coast. I couldn't resist the opportunity to go and take a photo of it, even though it's past 3 AM. 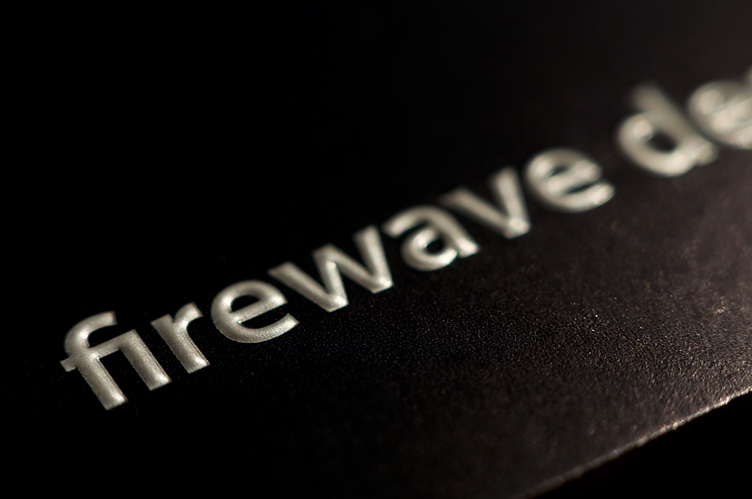 Coincidentally, after mentioning Paris in my previous post, it now occurs that I'll be travelling there in just over two weeks' time. BNE -> DXB -> CDG -> LDN -> SIR -> who knows where else! The opportunity arose to visit friends in Switzerland, so now it's a race to honour all of my work commitments in the next two weeks, which explains my lack of photos recently. Don't despair, there'll be plenty on the way soon... :)