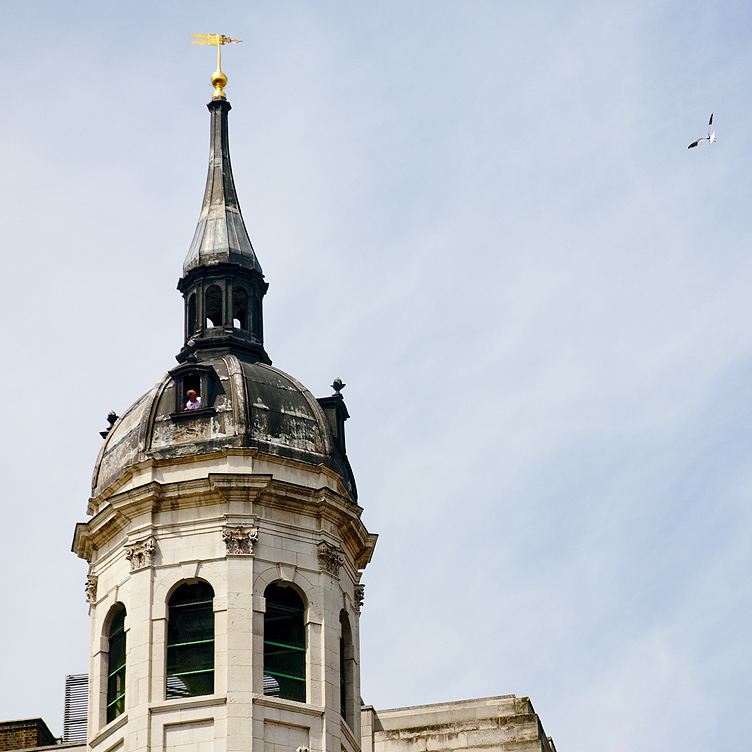 while relay cameras monitor me... 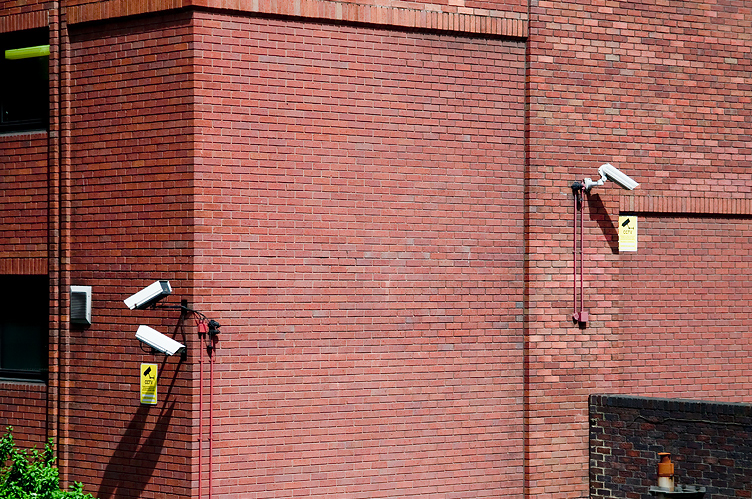 One of the features of London's visual landscape is the pervasive network of CCTV cameras. Everywhere you look, a camera is looking back (and in some cases, talking back).

As you walk through Piccadilly Circus, an underground CCTV monitoring room invisibly goes about its business beneath your feet, operators scanning hundreds of feeds for "suspicious behaviour". With the highest camera to person ratio in the world the UK is a true surveillance society, but do the benefits outweigh the invasion of privacy? CCTV isn't an effective crime deterrent; it didn't stop terrorists from blowing up the tube and killing 56 people. However, a few weeks later when police shot an innocent man 7 times in the head at Stockwell station, CCTV was used to prove police lied about the circumstances. I guess there are some benefits after all.

It's ironic that the Orwellian prediction is slowly coming true in the same place that has been so adequately warned.

My brother lived in London in 1997/1998, so it was around that time I started to build an image of the place in my mind, its long and miserable winters, grey skies and unfriendly tube atmosphere. The same year UK soundforce Massive Attack released their ground-breaking Mezzanine album, which greatly influenced me, both artistically and personally. Discovering their earlier releases, Blue Lines and Protection, only enriched (darkly) my mental image of London, even if the source of their sound was Bristol. Seeing the city in person was like ephemerally living that vision.

I had the pleasure of seeing Massive Attack live in Brisbane last month as part of their Heligoland tour. After regretting missing their 2003 visit to Australia I promised myself that if they ever toured again (given the 7 year gap between albums it was seeming unlikely) I'd do whatever it took to make it to one of their shows. They didn't disappoint and it was totally worth the wait!