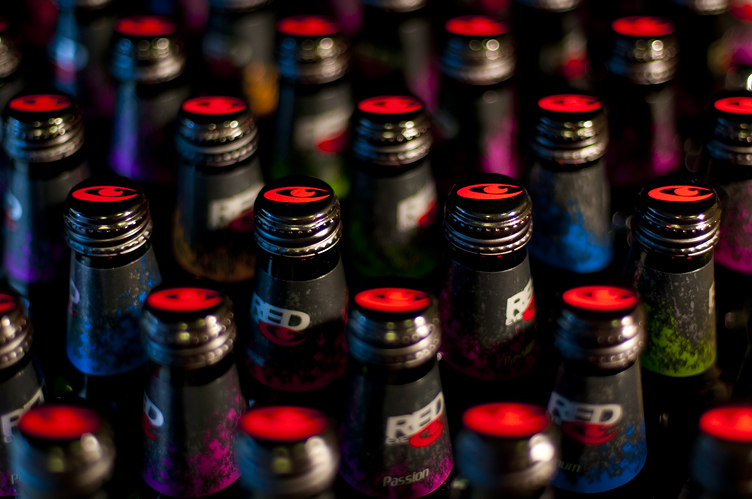 Back to random deviations. Just some drinks and play with lighting. I'm currently impatiently awaiting the return of my trusty 18-70mm, which is in for repair. 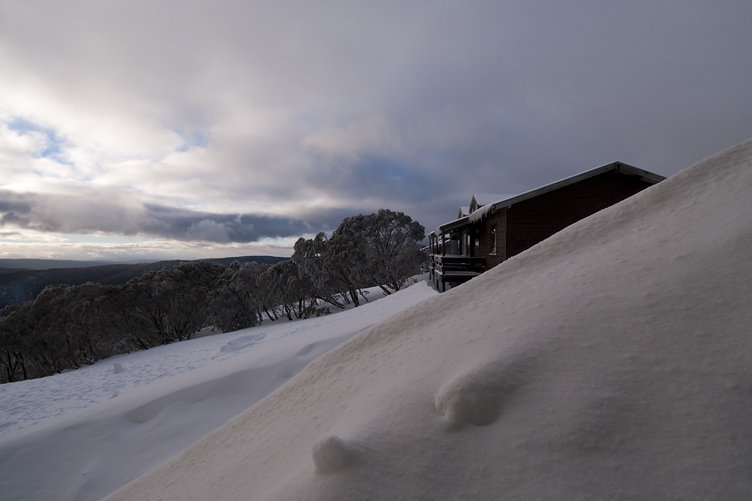 Weather overnight was poor, so the planned freestyle snowmobile show was cancelled. Watching snow curtain in the air under the floodlights outside Swindlers' tall glass windows was a decent alternative, though.

Then to sleep, waking to the result of the dusting, pleasant to look at for those not tasked with shovelling and clearing it from the doors and steps. Packed everything back into the snowboard bag, dragged it out of the shoebox and hitched a snowmobile ride over to the transit lounge to catch the bus to the airport at Dinner Plain.

I generally don't have very good luck with flights.

After boarding our little Dash 8 and getting settled, the cabin crew did the Safety Dance and the pilot readied the aircraft, but it was quickly apparent that something was wrong when one of the engines failed to kick over and the aircraft was powered down. A second attempt was made by the increasingly exasperated pilot before we were offloaded and back in the terminal while discussions took place with maintenance in Sydney. Then, back on to the plane once more, cabin doors closed and an hour late, but the port side engine still wouldn't spin. Although disappointed at the time, it's better to have an electrical problem on the ground than in the air.

Back in the terminal and with onward connections via Sydney and Brisbane now in disarray, there was brief whispering from the ground crew of bussing all passengers to Albury, a multi-hour trip to get not significantly closer to home (or even to Sydney, for that matter). Another hour and a half later with snow now falling on the runway (the usual cause of scratched flights in this location) celebrations were had when it was announced that a replacement plane would be sent from Sydney.

Another two hours later, the snow having cleared, we finally made it into the sky on what must have been an extremely expensive flight for Qantas. Arrival in Sydney involved an excruciatingly slow bus ride from a far corner of the airport as time ticked down on the close of boarding for the rebooked connecting SYD to BNE leg, then an underground footrace between the terminals and through security, just scraping on board. Only to sit on the tarmac for half an hour due to take-off limits.

In all, Qantas were very helpful, paying for the pricey taxi rides in Brisbane (which, with the snowboard, required a maxicab) and rebooking me on a flight to home the following morning. 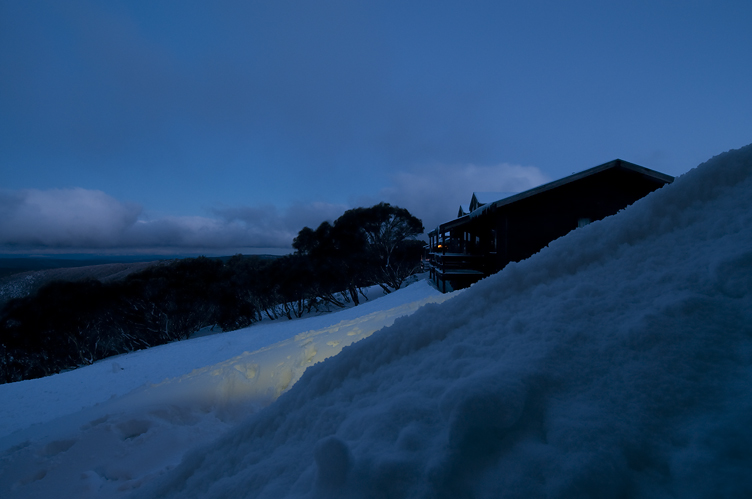 As my friends made their way home I had one more night in the village before flying out the following day.

My sleeping quarters were a shoebox apartment, the size of which makes me think it was created from an accidental void in the building's original blueprint. The room could easily be mistaken for a broom closet, especially as the door was unpainted and didn't have a number, but I was told this was a result of it being drunkenly destroyed two nights earlier by guests who had locked themselves out. It was perfect for my purposes though, plus it had a great view. 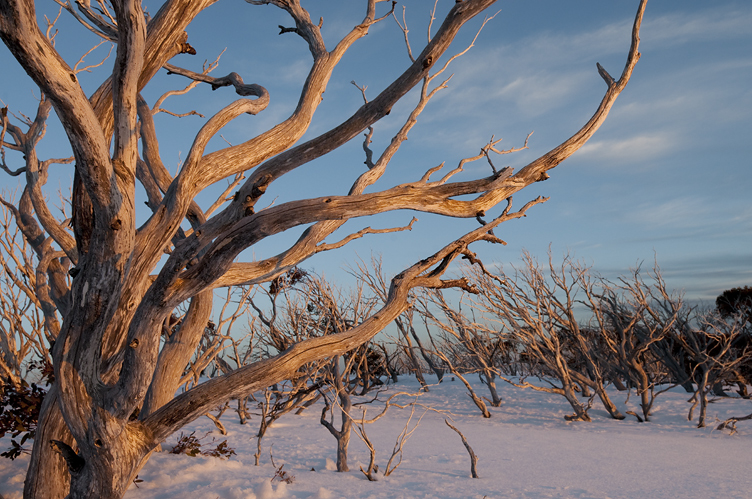 As the temperature slipped, one last burst of flame in the trees before night set in.

Over the next few days, the last of the trip, we made our earnest journey to The Orchard (returning sore but satisfied), enjoyed the Chill Bar's pleasant mix of sugar and complex carbs and watched the snow swirl and drift.