Things have continued to be very busy! My birthday was the Friday before last and the following day was Matt and Katie's wedding on Bribie Island. I received some interesting gifts for my birthday, which continue to bring me a lot of entertainment, and that afternoon we left for Brisbane convoy-style. The next day at Bribie Island turned out as close to perfection as is possible for something as difficult to organise as a wedding, with the ceremony by the beach and a very happy bride and groom! After a brilliant gold sunset the reception began and proved to be a lot of fun, with great people and great food! 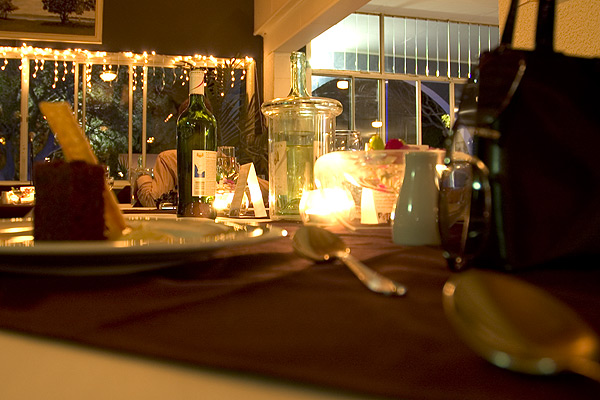 I brought my camera with me but avoided being roped into becoming "designated relative wedding photographer" and instead was able to have more fun taking artsy shots.

The kiteboarding photography has continued along with the completion of the new board design. I checked out the first prints of it today and it looks fantastic! I've also had the job in recent weeks of creating a stand-alone version of the website that can be run from a Mac OS X laptop (OS X is essentially FreeBSD, so Apache, PHP and MySQL run on it no problem). That process is a story in itself; while the laptop was in my possession something went horribly wrong with it and killed a bunch of files which I then spent 24 hours and considerable hair-pulling trying to recover, only to have the recovered files accidentally wiped by the owner of the laptop a few days later, LOL. 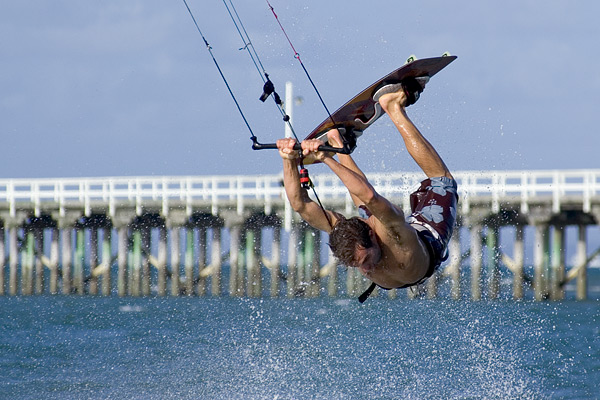 And last but not least my 4x Neutral Density filter for my camera arrived this week and I decided to test it out by taking some sunset shots. This was my favourite: 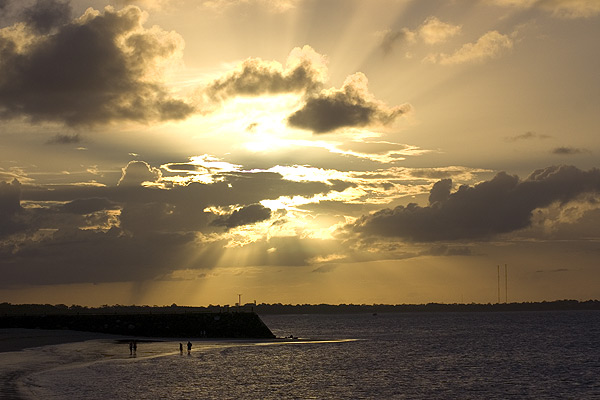