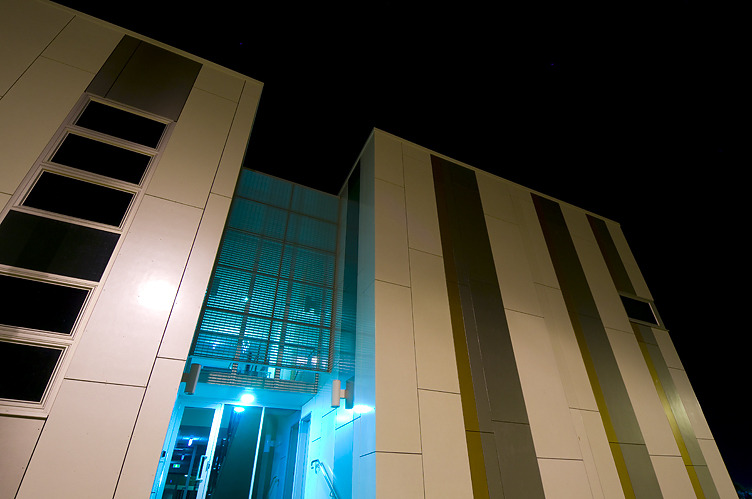 To answer a question about the colours of the previous photo, they're straight out the camera. After some experiments a few weeks ago I discovered that LCDs make for excellent photography lights; they're like having a lamp box with an infinite set of colour gels to play with.

The above, however, is not true to life.

The white balance was set extremely low to switch it to the opposite of the pervasive orange wash which exists here at night. It amuses me that it's considered acceptable by the public that our street lights are obnoxious and contrast-reducing orange glare-bombs when more energy-efficient lighting exists - lighting with more natural colour rendering, too.

I have an aversion to the street lighting common throughout this area (and most of Australia for that matter). Aside from being extremely wasteful from the perspective of energy use it robs us of viewing the night sky. Children these days grow up not knowing what a real star-filled sky looks like, which is kind of sad. There are a lot of other reasons that street lighting in its current form is a poor solution, but rather than ranting about it I'd like to direct those interested to read David Owen's very good article from The New Yorker, "The Dark Side: Making war on light pollution."