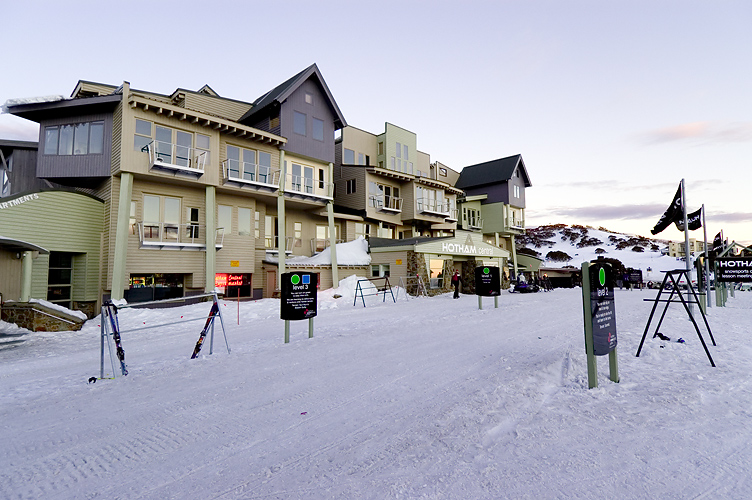 Another crystal clear day of boarding, mostly on the "village loop" and the summit. The slopes were quiet due to the school holidays having already ended and the entire terrain of the resort being open, so there was a lot of space for everyone. I joined a group lesson in the afternoon and further improved my technique, as well as meeting a bunch of nice people. It was also the first day that I took my GPS data logger along with me, which I'd bought just before the start of the trip. It's a GlobalSat DG-100 and I'll post a subset of the recorded path in a future update :) In total it says that I did about 40 km of actual snowboarding, which is a lot I think!

It wasn't long before the lifts were being shut down for another day, which meant it was time to go and meet the snowgroomer for the tour! As the sun fell below the horizon I was greeted by the concierge who I'd previously met at Mt Hotham Airport and then introduced to Alan, the operator who'd be showing me around. We jumped in the resort's latest Kässbohrer PistenBully 300 and headed to the top of the summit. 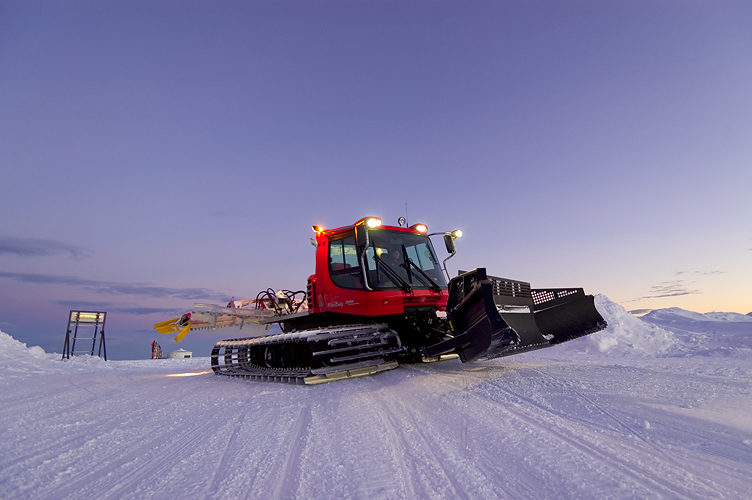 I cannot emphasise enough how cool these things are. Not only are they huge, being 3 metres high, 4 metres wide and 10 metres long with a weight of 8.5 ton, but they manoeuvre like nothing else. You can even plug your iPod into them (yes, really!).