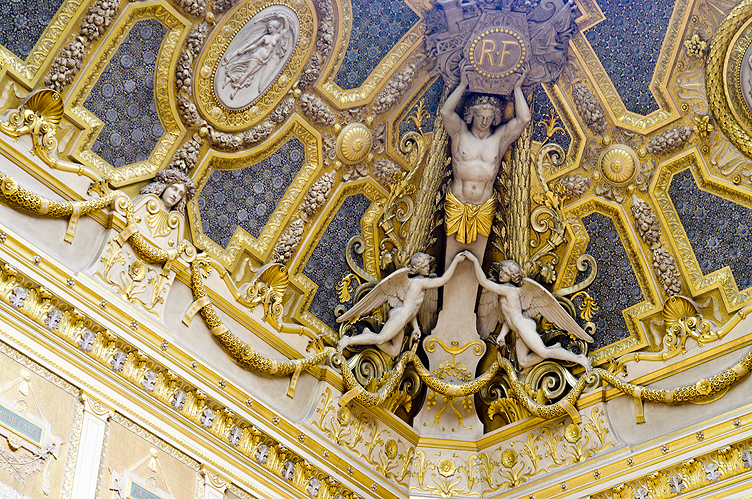 When I said that the Louvre was a work of art in its own right, I really did mean it. Being formerly a fortress and palace, it's not a building that simply appeared one day as a purpose-built museum or gallery. Often the trend of modern gallery building has been to design the interior as blandly as possible to provide a "neutral space" in which to exhibit art, so that each work stands on its own without the building interfering. That, in my opinion, is a boring approach. The Louvre really appeals to me because it is not like that; it expresses character and "feels right" for the works displayed within it. Far from interfering, its classical style only adds in a positive way. You arrive and it aligns you. 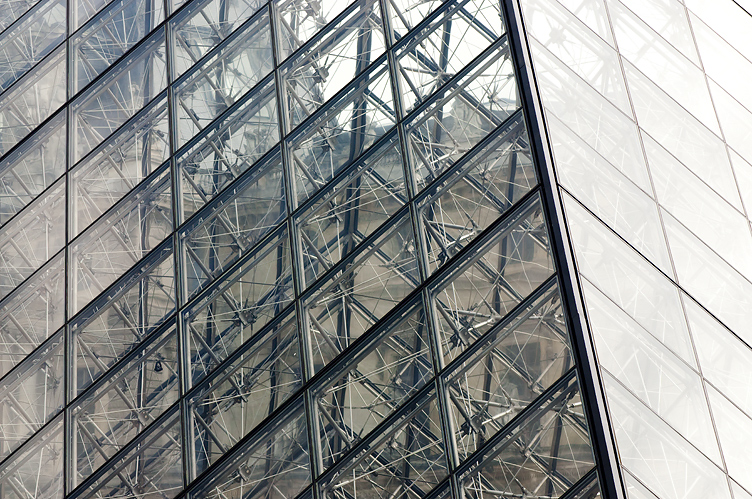 Given this, it may seem unusual that the renovations included such a radical visual departure in the form of the glass and steel pyramids. These have been criticised by some, but they don't feel out of place at all to me. They are both visible and invisible, the minimalist surfaces making their presence known while simultaneously being swallowed by the intricacy of the surrounding architecture.