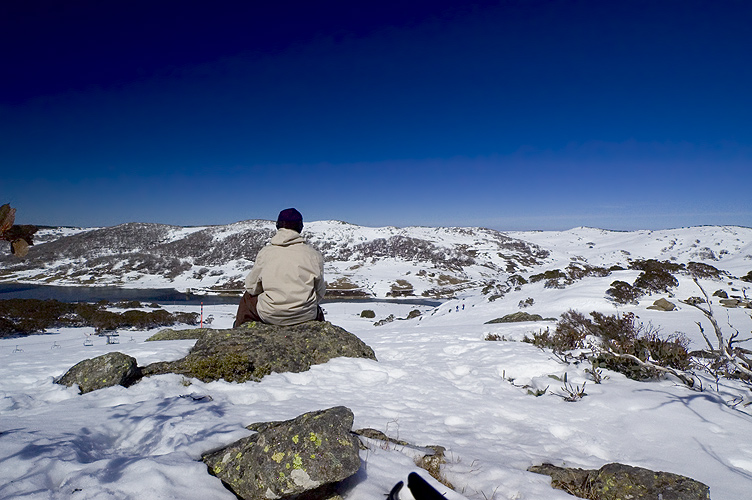 I'm back from my little snow holiday! The days were long, though the time went quickly; aside from becoming significantly better at snowboarding (which was fantastic) I took gigs of photos, some of which I'll post over the coming weeks.

The weather was mostly sunny and warm (which resulted in fairly icy snow conditions with the melted snow freezing each night), turning to blizzards and gales near the end. 198 km/h winds were registered at Mt Hotham the night I left the alps, the highest winds ever recorded in Victoria, which explains why my booked helicopter transfer to Mt Hotham a day or so earlier was cancelled! Although I was a bit disappointed that I wouldn't get to see Mt Hotham I made the most of the day and went snowmobiling instead, which was more fun than should be legal.

A spectacular crash on the second last day has left my wrists feeling very sore and weak, but thankfully nothing's broken; there's some tissue and tendon damage but nothing that a little rest and time won't fix. I wish someone had a video camera at the time, because I would have loved to have seen it from an external perspective!

Because of forecast rain, high winds and a blizzard (that ultimately put all lifts at Falls Creek on wind hold), I headed to Melbourne a day early, staying with my cousin, Matt, and checking out a lot of things in Melbourne that I'd missed last year.

The above photo is me looking out over a few runs to the Rocky Valley Lake.