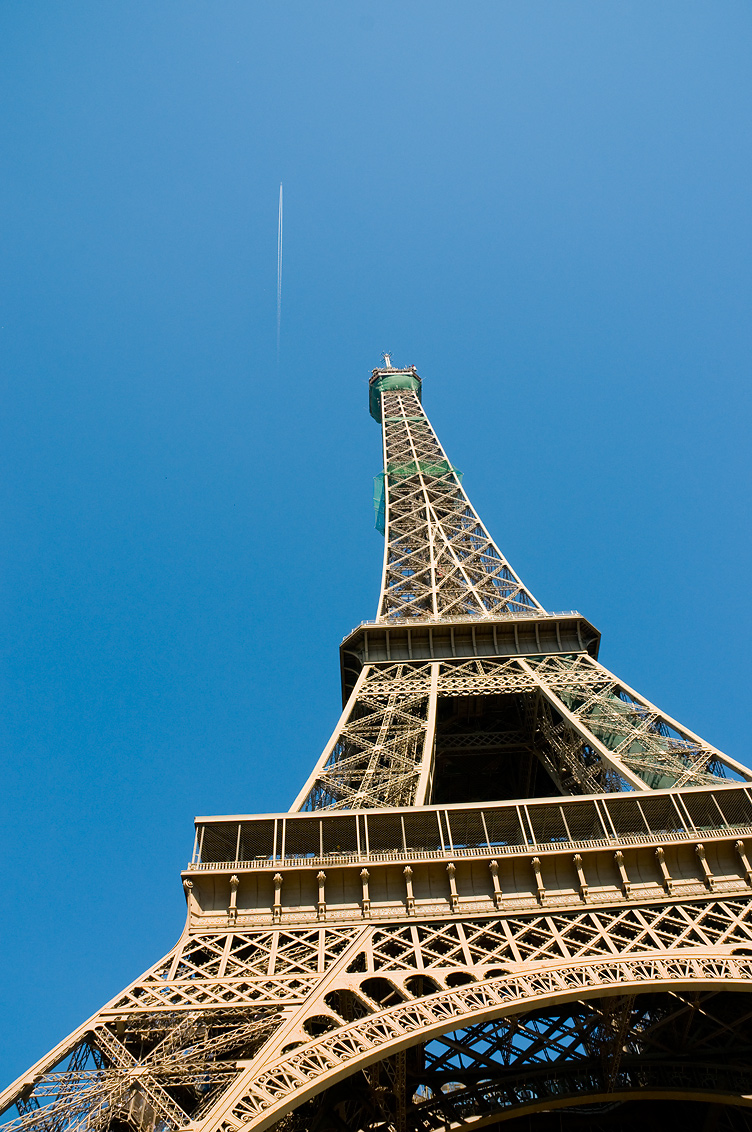 At the Eiffel, which is more impressive each time you catch sight of it due to its surprising scale, dozens of illegal hawkers try to sell miniature replicas of the tower to any tourist who makes eye contact (and many who don't). Walking around shaking their ring of mini metallic Eiffels, their pestering only subsides when the police appear, sending them scattering away like pigeons from a cat. Despite one being arrested and led away in handcuffs it didn't take long before his friends returned to continue their hard sell. 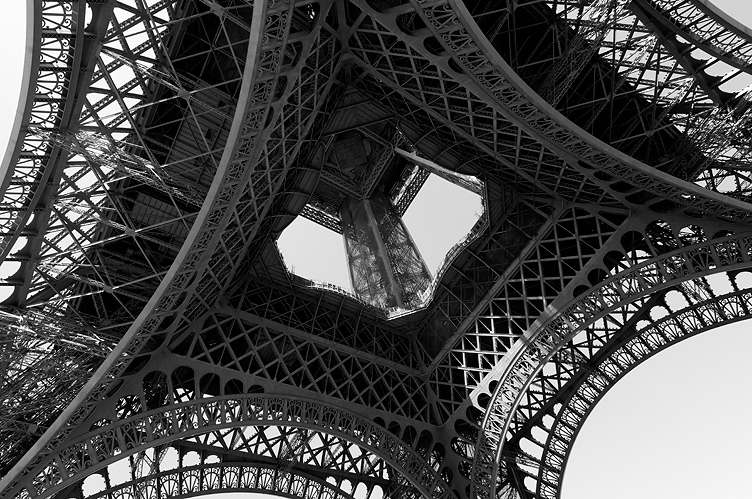 There are persistent lines of an hour or more at any time of the day, waiting to pass through security to get to the ticket office and eventually the lifts. It's worth the wait, though there's no guarantee of making it to the third level, the top, which is often closed due to over-demand. Not surprisingly the line for stair access is much shorter :) I assume from the threat of terrorism, army guards stroll around with machine guns, eyeing those who fit some unknown profile. It's really an amazing structure, huge but light in appearance thanks to its central air-space, all designed and built before the aid of computer modelling. Coming from the Métro at Militaire, its reveal from behind the buildings and trees is a striking and memorable sight! 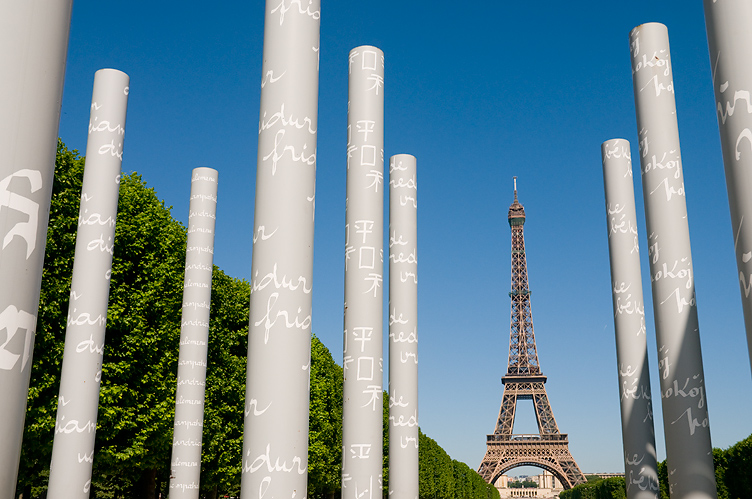 Some of us took the stairs down to the ground level instead of waiting for the lifts. The view across to the "new city" sure looked amazing in the afternoon light. 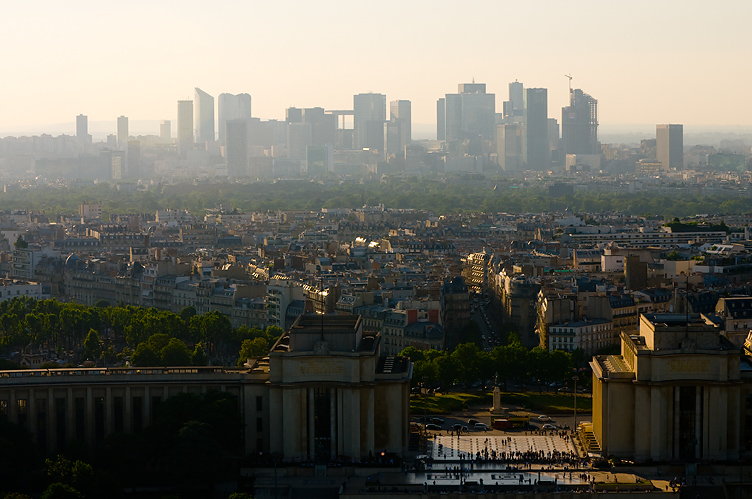