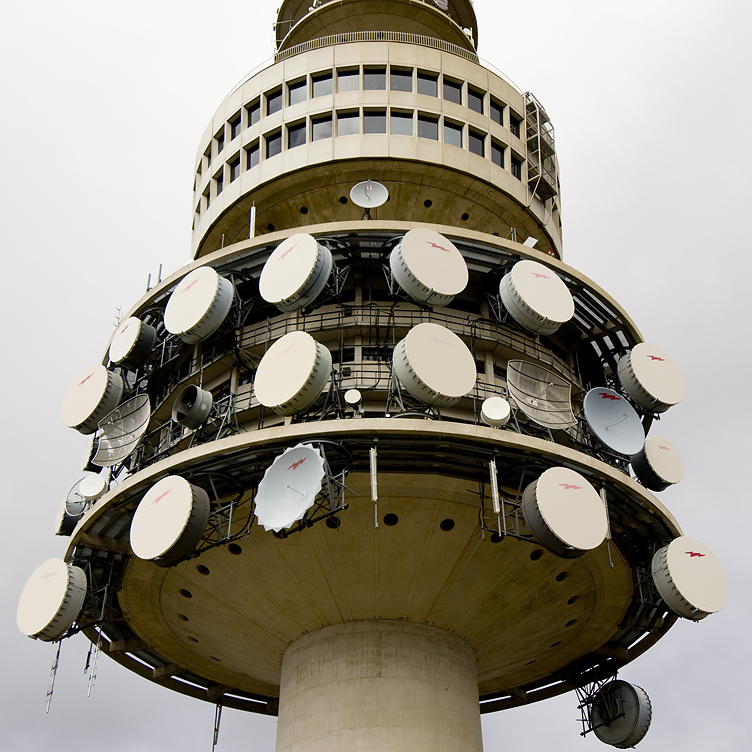 As friends of ours have moved to Canada and I'll be heading there for my next snow trip, this year I decided I won't be visiting the Australian Alps during the winter. However, after last year's visit via Canberra I thought it would be good to take advantage of the Queen's Birthday Weekend to stay with some friends there and partake in some fireworks! It was a really nice weekend and good to experience a real winter climate again as it hardly feels like we've had a winter here at home. I don't know why they can't have fireworks here as they're great fun :D

Above is the Telstra Tower which has always reminded me of the ship from Close Encounters of the Third Kind. It's one of those buildings with a strange sense of scale and it looks much smaller in photos than it does in person (it's almost 200 metres tall).

Unfortunately the night I returned home a case of the flu set in and I've been suffering with it since. Being around so many people in airports and on planes I suppose it was inevitable. Ironically I'd thought of checking in for a flu vaccination the week prior but hadn't found time to do it; what a mistake that was!