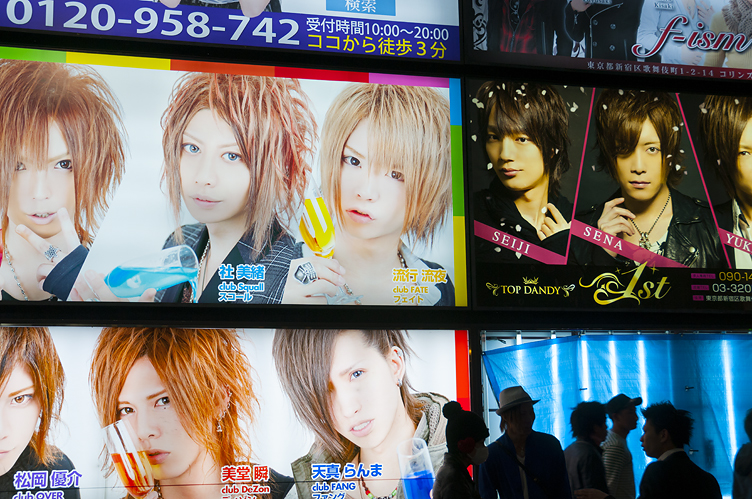 Stepping out of the shrine landed us right into the cramped network of passageways that make up Shinjuku Golden Gai 新宿ゴールデン街, a tight grid of tiny bars, a denser version of Nonbei Yokochō のんべい横丁. The block is one continuous amalgam of shacks, compressed and perfectly defined, like the output of a scrap metal yard. It's a survivor of an earlier time, before building and fire safety standards, and now surrounded on all sides by taller, cleaner structures.

Onward just a few hundred metres to the heart of Kabukichō 歌舞伎町, the area's red light district, where a significant number of businesses are still run by yakuza ヤクザ (Japanese organised crime syndicates). Among the usual “attractions” the area is also known for its hostess clubs, where men pay to drink and engage in conversation – and nothing more – with the hostesses.

A wall gleamed with billboards of the equivalent for women, bleached-haired dolls with varying degrees of vapidity.