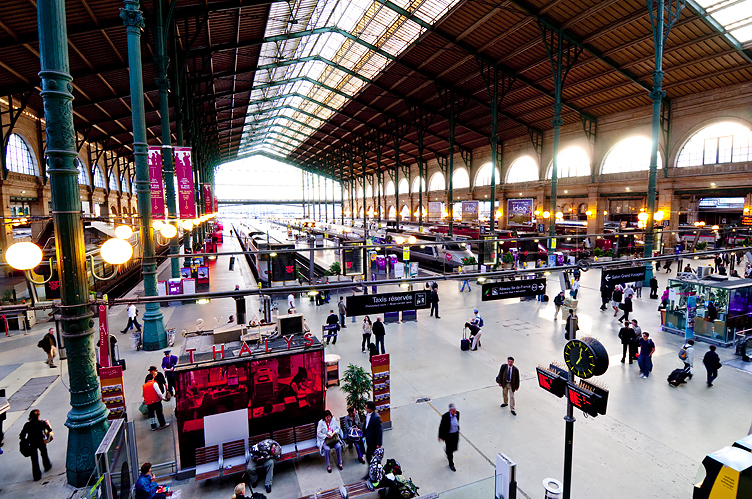 Off to London on a 300 km/h EuroStar 373, which is the British equivalent of the French TGV. The EuroStar trains, which pass under the English Channel via the Channel Tunnel (and which made news headlines last year for breaking down in said tunnel), are spacious, quiet, smooth and comfortable. They are nothing like any train we have in Australia and make a joke of our rail "network". In the time it takes to travel from here to Brisbane with our rail system, you can use the EuroStar to travel from Paris to London and back.

Above, morning light and the soft glow from lamps on the giant cast iron pillars illuminate the arrival hall of the famous Gare du Nord, the third-busiest train station in the world with 180 million passengers annually.

Because the UK isn't part of the Chengen countries, when boarding the EuroStar you pass through security, customs and passport control in both directions. It's very much like an international flight, though with the advantages of greater comfort, a 96% on-time performance and faster boarding process. Plus, there's a fantastic view.