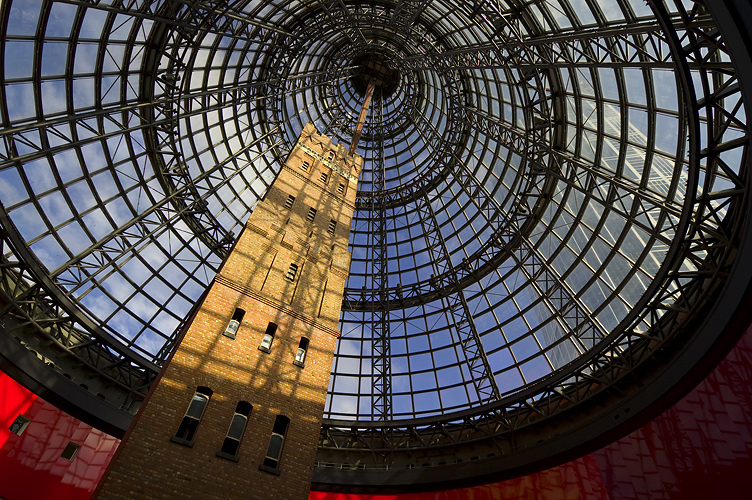 The historic Coop's Shot Tower, now repurposed into retail stores but originally used for making lead shots, is preserved inside the Melbourne Central Shopping Centre under this huge conical dome. From the second top floor of the centre this shows only half the height of tower, which is a vertiginous view in person.

I checked out two movies back-to-back (The Simpsons and Harry Potter and the Order of the Phoenix) in the cinemas opposite before heading to the south of the city over the Yarra River. It's possible to walk half the "height" of the CBD via the Melbourne Central Shopping Centre as the buildings join two other centres via footbridges.