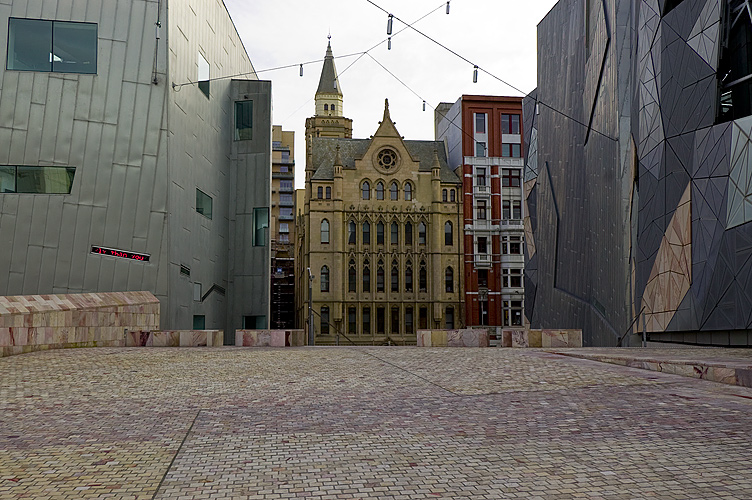 Between the East Shard and the Alfred Deakin Building, a rare moment with no one around.

The Australian Centre for the Moving Image (which is housed with SBS in the Alfred Deakin Building) was exhibiting "Pixar: 20 Years of Animation" with a giant Luxo Jr. looming over an also-giant ball on the Flinders Street pavement.

To add a little information to the previous post's photo, the faceted green glass wall is part of The Atrium, a massive five-storey-high public space on the other side of the Alfred Deakin Building. A notable feature of The Atrium is its passive cooling system, The Labyrinth, a 1.2 km long maze of corrugated concrete used as a "temperature cache" to efficiently cool the centre in the summer and heat it during the winter.

If you get the chance to visit Melbourne a stop by Federation Square is a must!