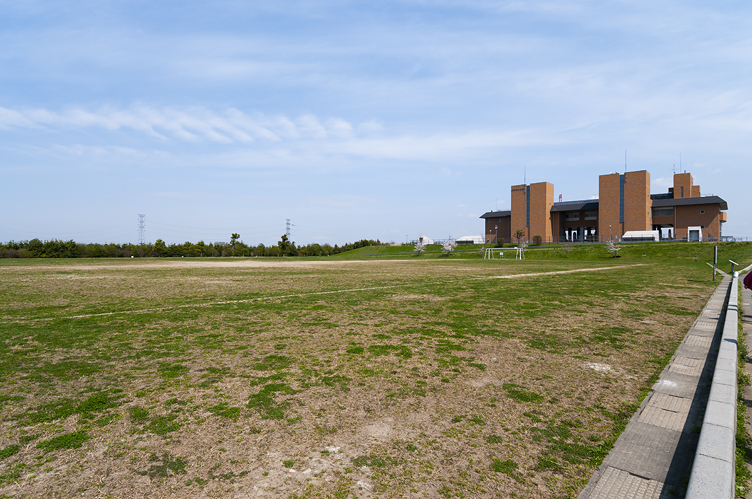 The taxi arrived, white gloves and auto-door, and we cruised across town, driver and interpreter chatting on the way, lamenting the loss of an ancient ginkgo 銀杏 tree in a recent storm.

There were no people to be seen or cars on the roads, but the tidiness of the farms that cover the countryside suggested a large workforce must exist.

At the facility, the large turbine and control building rises conspicuously at the end of an otherwise unremarkable soccer field. Hiding below it, at the end of kilometres of tunnels, is the mammoth “chika shinden” 地下神殿 (“underground temple”) – the surge tank that regulates the floodwater as it's pumped out of the channel.