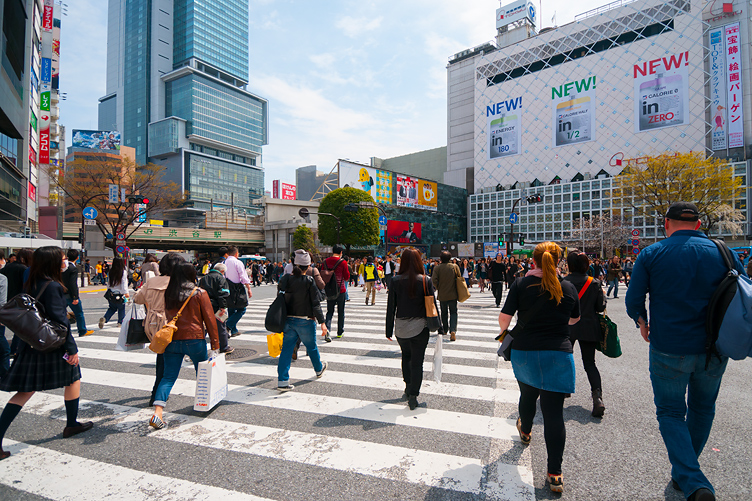 Across the Shibuya 渋谷 scramble and into the flood of people. I had an afternoon to make good use of, so pushing past the sleepiness, into the station to get my bearings.

There are several rail companies operating separate networks in the same station, so the lines and levels seep under and through buildings and across city blocks in a giant maze. With each company having a certain look, like the circular line indicators and black signs of Tokyo Metro 東京メトロ, you get hints of where you are, but the multiple levels and ongoing renovations can make it seem complicated at first, like a concrete ant nest mega-structure.

Picking the correct line was made slightly more difficult by the imminent introduction of a higher consumption tax, the first increase in 17 years. Network maps throughout the station had been updated with the new fares but were covered over because the pricing wouldn't be valid for three more days. Good old paper maps to the rescue!