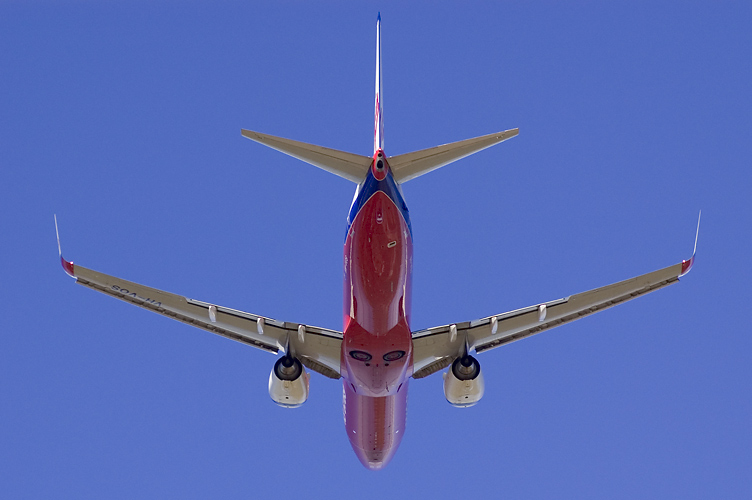 VH-VOS, otherwise known as Kimberley Cutie (all Virgin Blue planes have unique World War II-style nose art Maidens with funny names), today became the first jet aircraft to land at the new airport. This shot was just as it had taken off for its return to Sydney - I waited under the martial sun in a field at the end of the runway for about 40 minutes to get this shot, so I'm glad that it worked! I managed to catch a shot just as it flew directly above me, with the plane overflowing the frame, but I prefer the symmetry of the above shot (which was taken three seconds later).

Of course the event wasn't without its fair share of Politicians and Very "Important" People; I had a lot of fun snapping away and was assumed to be a member of the small group of professional media photographers, which suited me just fine. For the sake of humour and to provide something a little different to the photos that everyone else was striving to take, here's a photo that'll never make it into a newspaper: 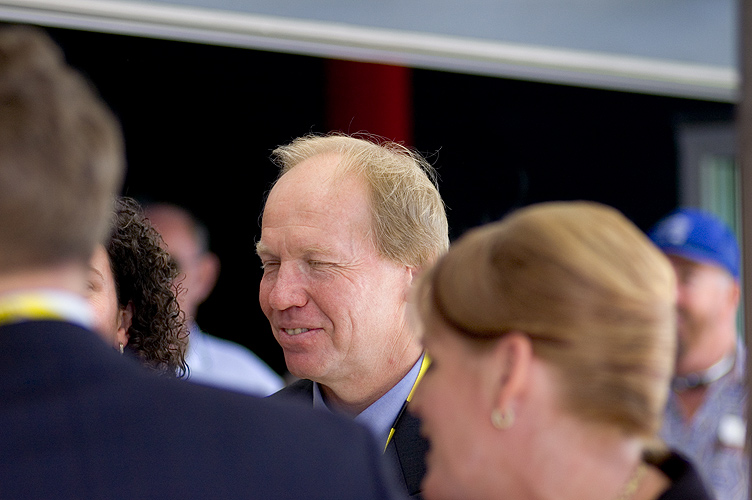 I think everyone enjoyed the day - that is, everyone who got there early. The first flight arrived half an hour before it was expected, thus some people missed out on seeing it actually land. Then it was half an hour late for take off, which resulted in the aforementioned 40 minutes in the sun (along with a minor dose of sunburn). It didn't really bother me though; I was just happy to have an excuse to be out taking photos.

And now it's time I slipped into the blue depth of sleep. 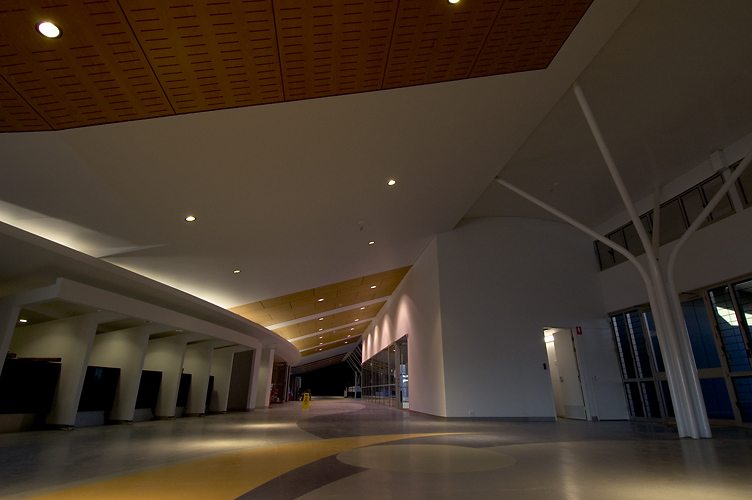 Over the past few months our local airport has been undergoing an upgrade (designed by Woodhead International) to its runway and terminal. The new runway can handle larger jet aircraft, allowing Jetstar and Virgin Blue to offer flights departing and returning every day to and from Melbourne/Sydney/etc. Previously the only way to get to these destinations was via a connecting flight through Brisbane on Sunshine Express (who operate a Fairchild Metro 3/23 and Shorts SD 3-60), or by driving to Brisbane first and then catching a flight. Having, in the case of Virgin Blue, Boeing 700s and 737-800s, and for Jetstar, Boeing 717-200s and Airbus A320-200s, flying in and out each day, is going to make it effortless to fly interstate.

Above is a photo of the new terminal, which is currently receiving finishing touches in readiness for its official opening this Friday when the first flights from Virgin Blue commence. 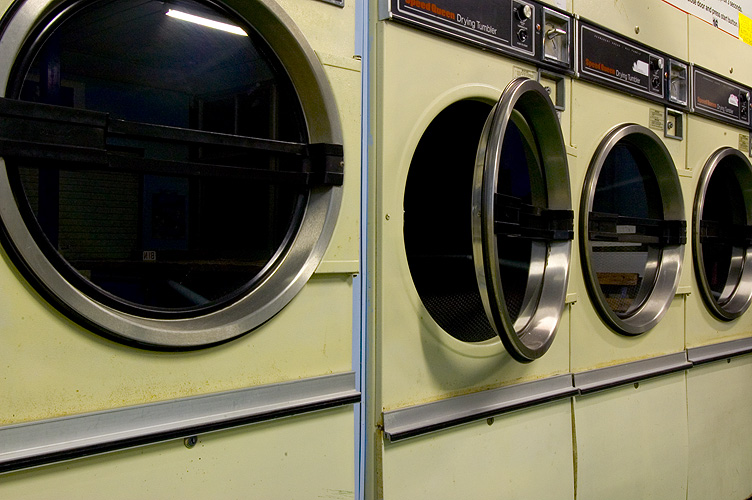 It's always good to be found. 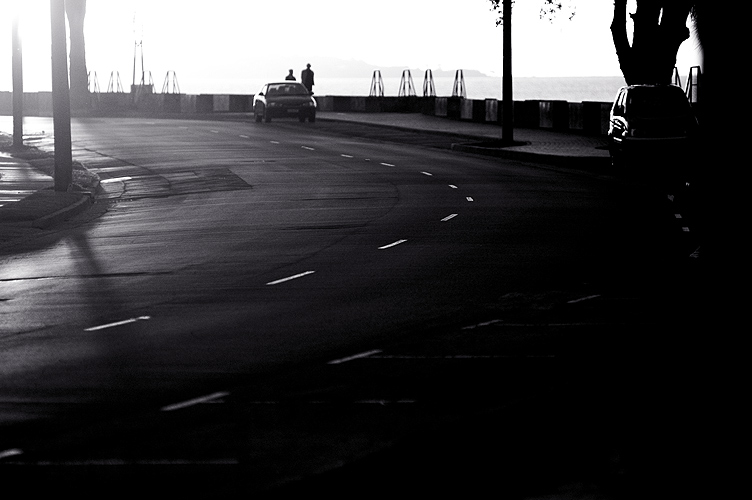 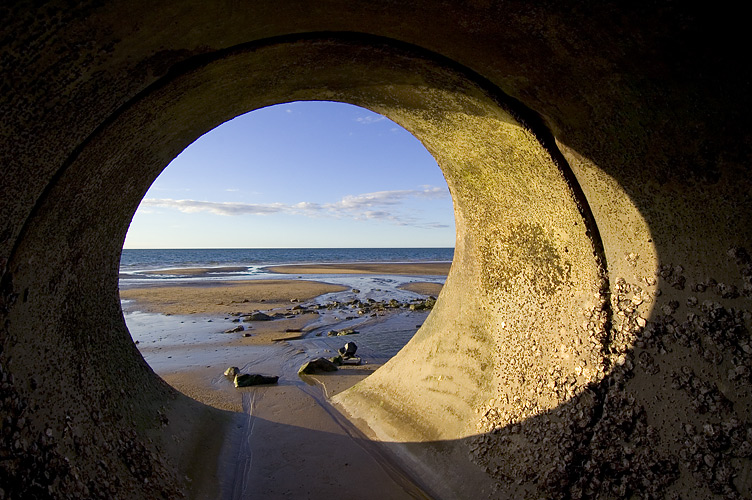 I haven't had a lot of free time in the past week, so this photo was taken around the same time as the previous photo. I have another shot of all three tunnels, but I'm sure you're sick of them by now! Hopefully I'll find a few minutes in the next couple of days to take some new shots. 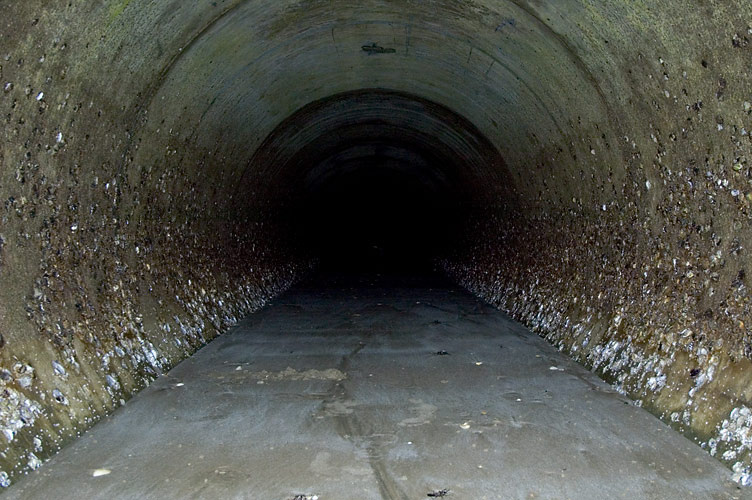 At low tide, inside a drainage tunnel that leads to the ocean. If you look very closely you can just see the light at the other end, where this tunnel joins two others like it. 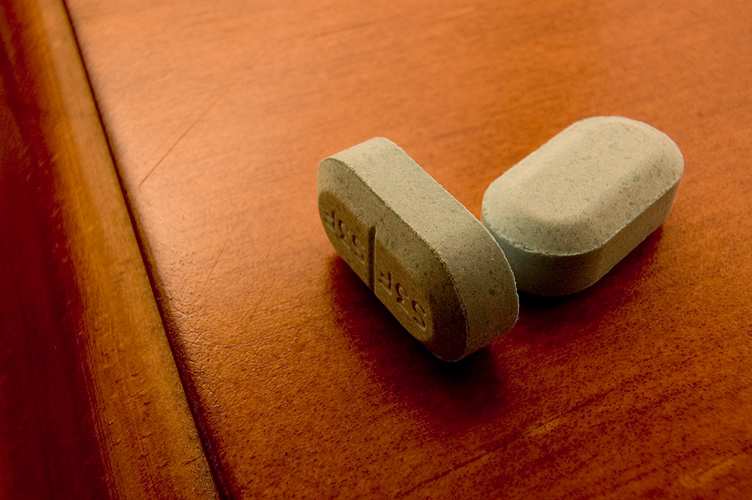 My all-night server restore crusade brought with it a nasty cold. With chilly weather and such a cumulative lack of sleep it was predictable that my body would start falling apart. Inebriated by "night" cold and flu tablets, the usefulness of me being awake is rapidly decreasing, so I'll head to bed soon.

After having noticed how the most recent dose of tablets looked when they were ejected and on the kitchen table I figured it was a shame not to get a parting photo. This one was done with an extension tube on the wide-angle lens at 24 mm. The aspherical elements of the lens make the areas out of field look "accelerated".

I'm almost falling asleep as I type this, so I'll stop and head off while I'm still making sense! 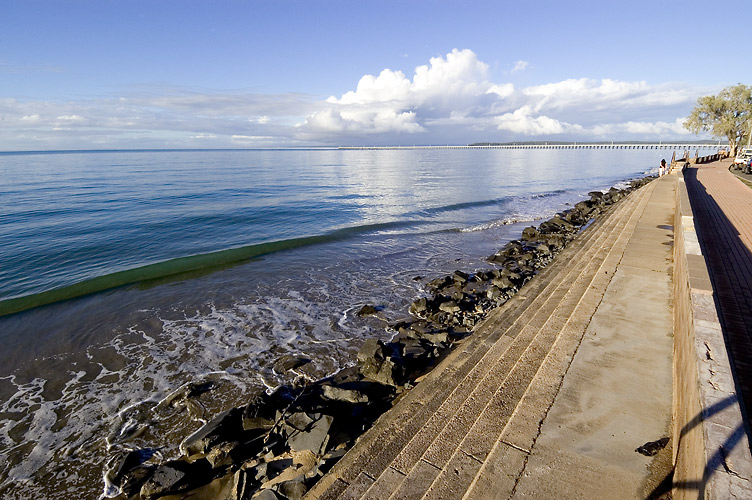 After a bunch of tests (and a colonoscopy - owh), Dad's back - all sorted.

The recent weather would best be described as random. One day it's blowing 30 knots and hot, the next it's dead calm and cold. As you can see from my previous post there was even some fog the other night. Today the temperatures returned to more chilly dimensions (my preference), with similar conditions forecast for the coming days.

The latest Windows 2000 Rollup 1 update destroyed a server the other night, so I've spent most of my weekend trying to restore it. I imagine several more days will be needed before it's all working smoothly again >_< 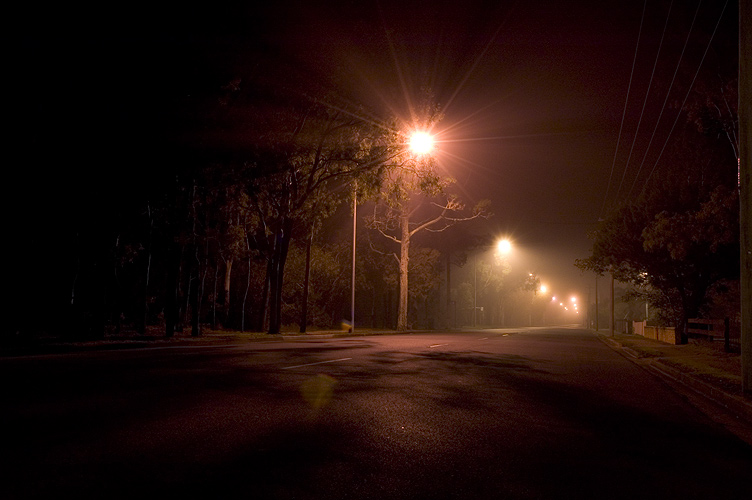