a tribute to standing alone... 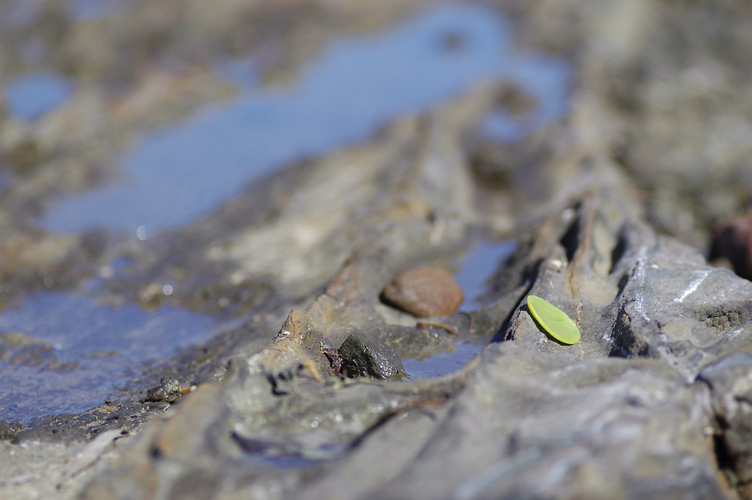 This one's for Andrew. This next one is probably appropriate, since he recently put up a few images that captured the hail storm that hit Brisbane last week. We had a nice storm a few days prior where we received some hail and very heavy rain, so this is what heavy rain looks like when captured at a few thousandths of a second (no speedlight, just straight into the afternoon sun): 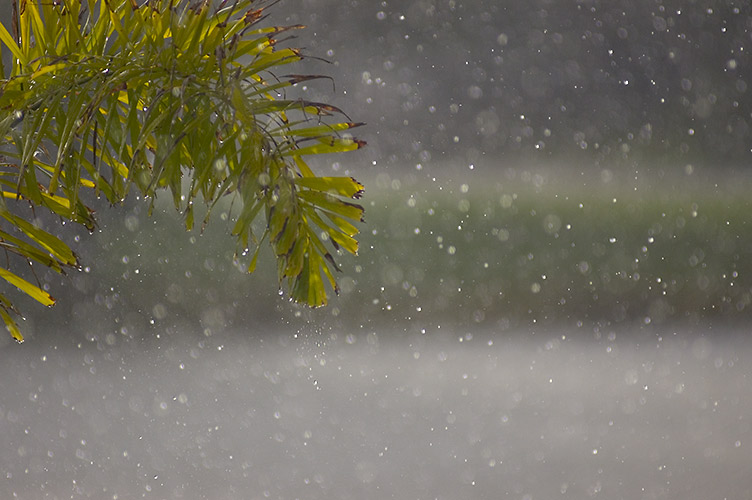 There have also been some spectacular cloud formations: 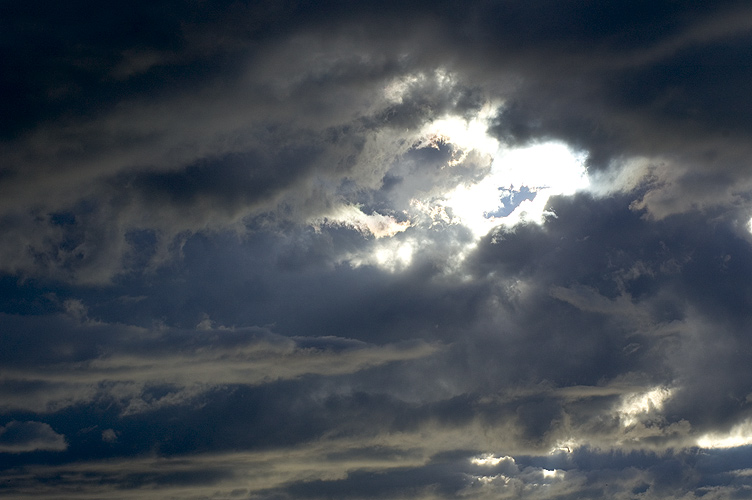 As I've done in previous years, last Wednesday I went with a few other crazy people (Dad and Tristan) to the midnight screening of Star Wars Episode III. It definitely lived up to expectations and also brings new meaning to the later (original) movies :)

Yesterday I ordered a GPRS Compact Flash card for my PDA. GPRS is a data transport protocol that's part of GSM, so basically it will give me access to the internet anywhere that has mobile phone GSM reception. This will come in really handy when I'm away from home or out of town (or for that matter, in another state or country) and need to access online information, something which is becoming an increasingly common occurrence with the work I'm doing now. Having internet access directly on my PDA irrespective of where I am opens up a huge range of additional practical applications, like being able to send and receive e-mail on site, get info off my network at home, perform banking tasks while going between clients and a bunch of other real-time data and messaging uses (like updating client notes and tasks as they're performed - e.g. when print runs are approved). It should arrive in a couple of weeks.

On the topic of phone networks, isn't it a convenient coincidence that every time you change your phone provider Telstra calls the next day saying that they've recently reduced their rates and would like you to join them again. I've received four calls from Telstra since I changed phone providers a couple of days ago. Today they said that because they valued me as a customer they were going to give me two months free line rental and cheaper rates. If they valued me so much, why didn't they offer to give me these "recently reduced" rates (which it seems I wasn't eligible for prior to me changing providers?) and two months of free line rental before I moved? What rubbish.

I'm happy to say that I'm now 100% Telstra free. No Telstra, I don't want your 100 free SMSs, your 2 months free line rental, your apparently-cheaper call rates (which aren't) or your free mobile handset if I sign up to your 48 month contract, I want you to stop annoying me with unsolicited phone calls!

from San Francisco by the coast road... 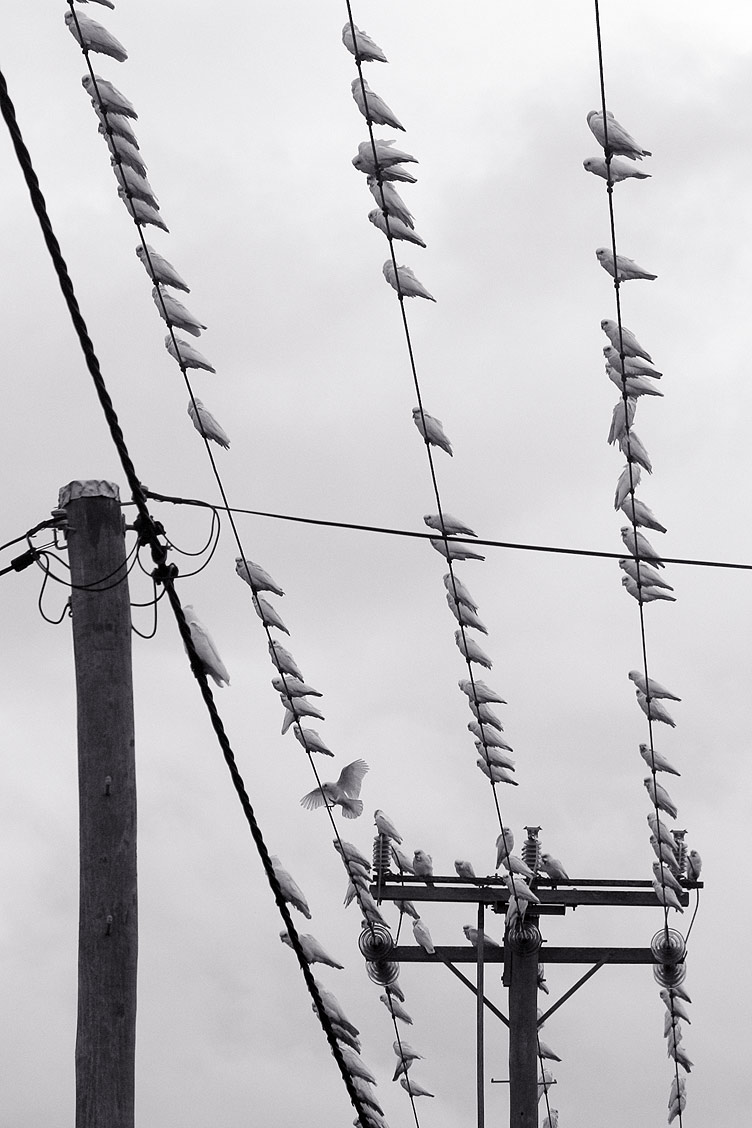 Taken on a street near the esplanade. This shot was fairly difficult to take hand-held due to how far the lens had to be stopped down in order to keep the wires in field. The birds were making a lot of noise and brought back memories of scenes from the aptly-named Hitchcock classic, The Birds. If you haven't seen the movie, rent it - it's on DVD. 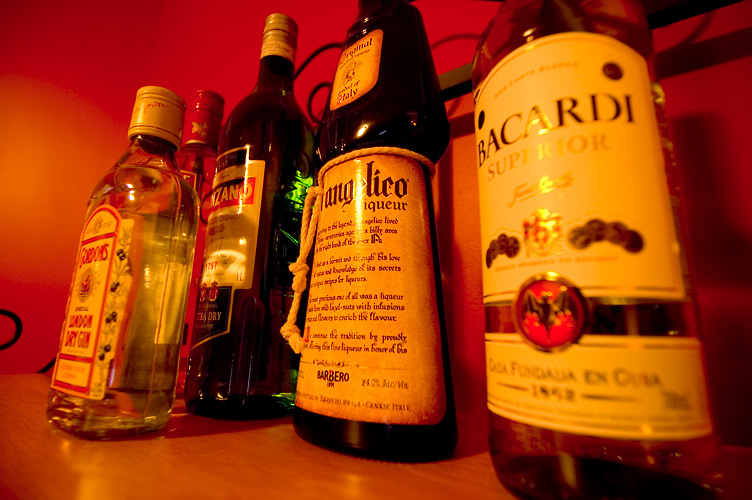 This was taken the last time I was in Brisbane. A play with the shallow depth of field of my new ultra-wide lens, the effect reminded me of a friend's recounted experience with morphine.

To my delight I found that there's going to be a new firmware available this month for my camera. It improves the menu display and adds advances in the auto-focus tracking system (which are present in the new D70s revision), which is quite cool! It's nice to get new features for free. Speaking of auto-focus, I noticed my camera has slight back-focusing. I may get Nikon to look at it; it's possible to correct by tweaking a small eccentric rod in the imaging chamber, but I'd rather leave the process to an expert. 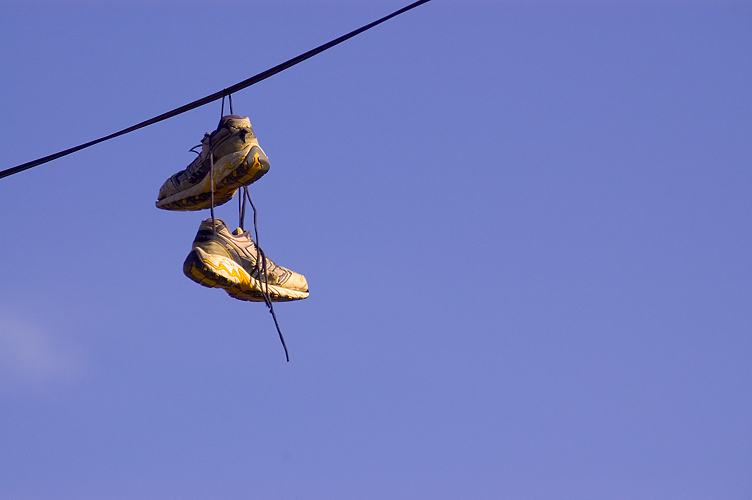 I spotted this pair last week while on the way to a meeting with a client. It's an interesting practise - like anonymously leaving your mark on the world, for a time at least. That is, if you're not a believer in any of the various absurd theories of shoes-on-power-lines; as if it needs explaining.

That same afternoon my PDA's battery died. I knew it was on its way out but I didn't get the chance to make a backup of the RAM. I lost a bunch of recently-entered appointments, but it was no big deal (except forgetting a meeting on Tuesday, ow!). The new battery arrived yesterday and is substantially better than the original. It's a custom 2000 mAh battery by Mugen Power, who also make an impressive 5800 mAh version which is quite a bit heavier but which would last for weeks without needing a recharge.

Just dropped a friend off to a station - the perfect excuse for driving around in the rain at this time of night listening to Sasha's "airdrawndagger" (tracks nine to eleven). 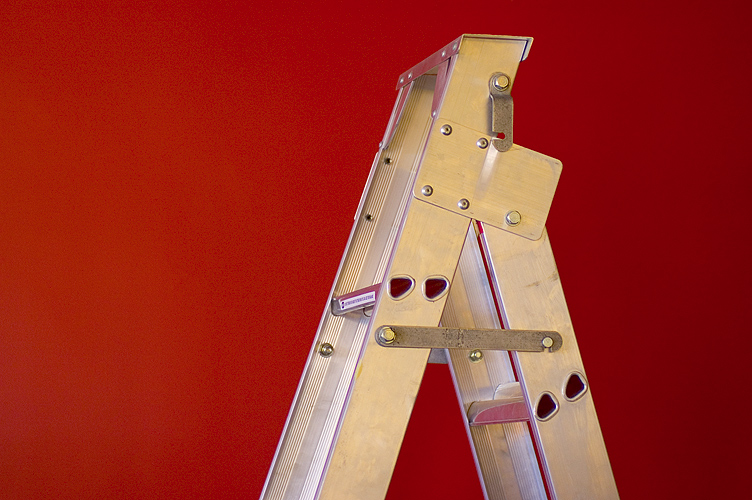 Congrats to Dan and Schloe, for on Monday they became parents! It's good to hear that things went smoothly and that mum and the little one are both doing well :) Welcome to my timezone!

I was in Brisbane for the weekend and got to see two different lightshows from the balcony of my brother's place. The first was over the city where fireworks were celebrating... something, and the second was provided by Mother Nature (which I've always found to be much more spectacular): 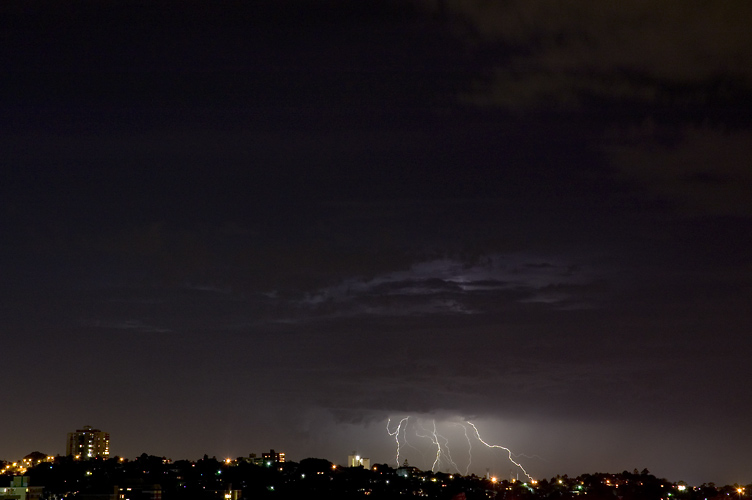