left behind, this time 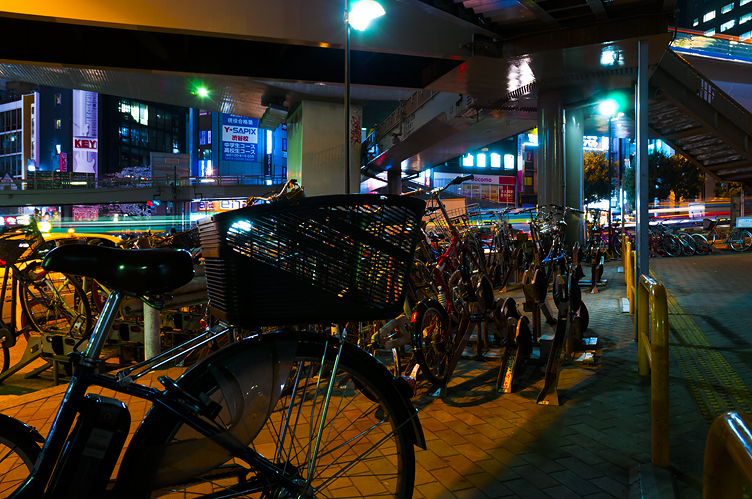 Some meandering in Shibuya, then to the hotel. Here, on the way, more bike parking under the stairs of the pedestrian overpass which reaches over Tamagawa Dōri 玉川通り and under the expressway.

When I visited a few months ago, though the quad-shaped pedestrian links remain, the bike parking lot is gone for now, a small casualty in the multi-year redevelopment of the area: new skyscrapers, an underground plaza extension, diversion of the subterranean river and, eventually, significant changes to the station buildings opposite the scramble. No more soccer on the roof, that tower removed entirely, and the platforms spread further apart. I hope the human scale of the streets won't be lost in the shuffle. 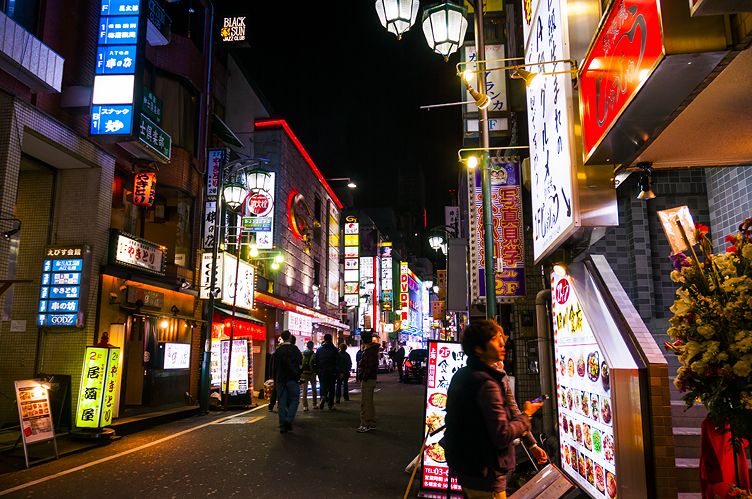 Down another street of bars, restaurants, jazz clubs and the occasional Nigerian tout, past Tank Girls タンクガールズ and the electric foyer of the Robot Restaurant ロボットレストラン cabaret, looking like the Good Future of Wacky Workbench III.

Kabukichō 歌舞伎町 is something to see at least once, but perhaps not the best place to hang around for too long. We wandered back to Shinjuku Station 新宿駅, said friendly goodbyes and then glided away on separate lines.