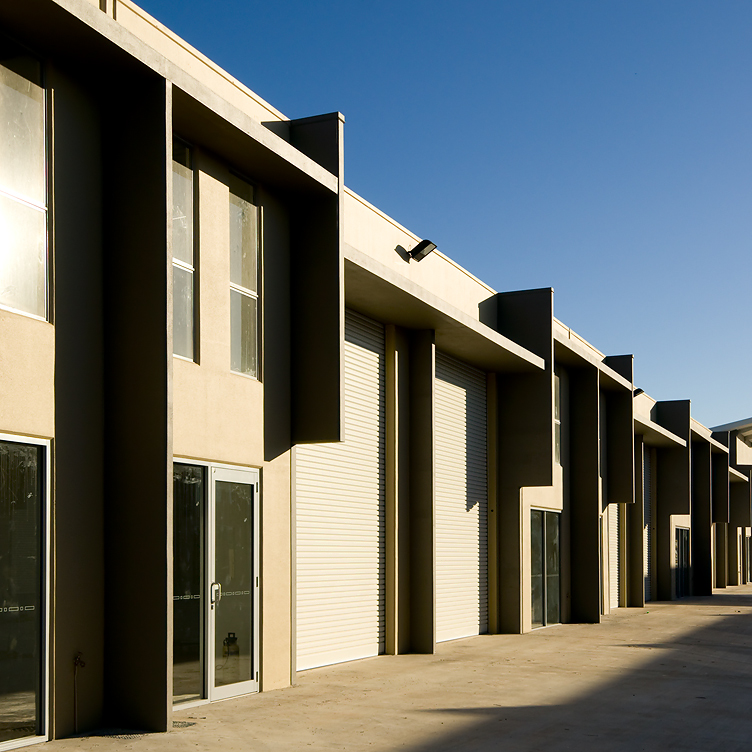 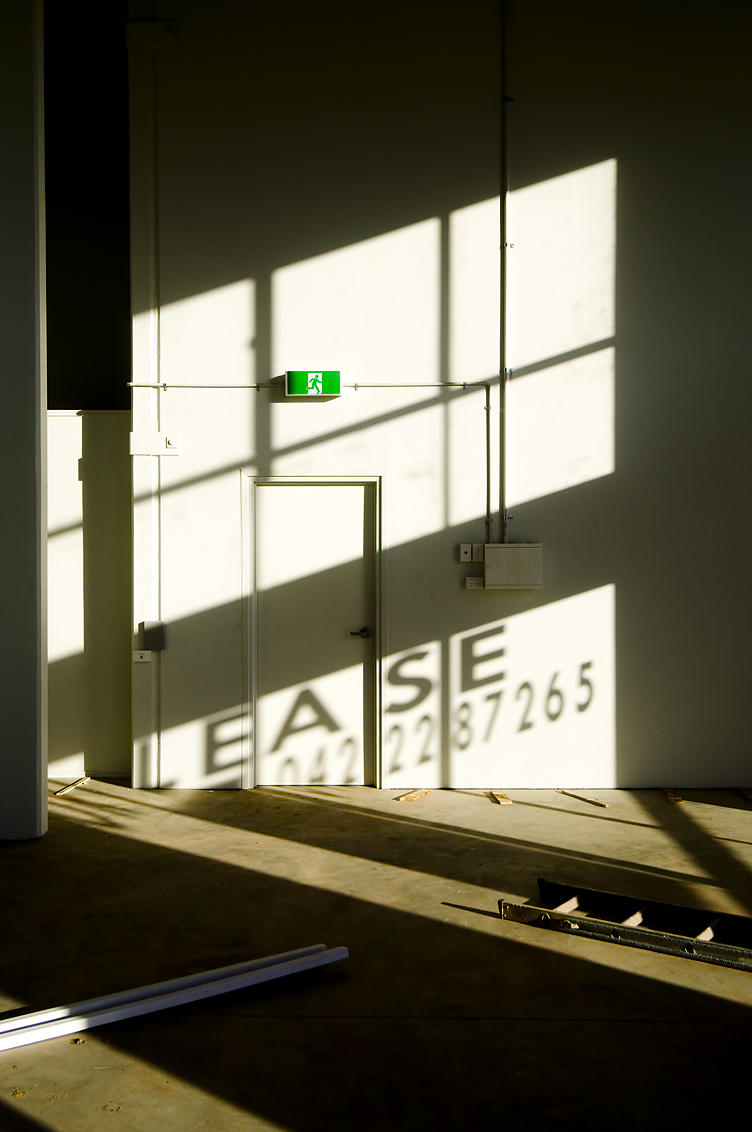 One of many vacant allotments at the industrial estate near our local airport. To me it has the feel of a building that's been abandoned for years despite it having just been built.

These and other buildings constructed recently grate on me because of the extreme to which exterior design minimalism is now being applied. In what can only be the unintended result of attempting to be futuristic (and failing), there is a borderline Brutalist style invading modern architectural design. It's as though minimalism is being strived for but without any creativity, leaving blocky, uncomfortable masses devoid of any beauty.

This inflexible style is past its Use By date and I'll post a photo later in the week as an example.

The mantra "design like you give a damn" has never been so important. 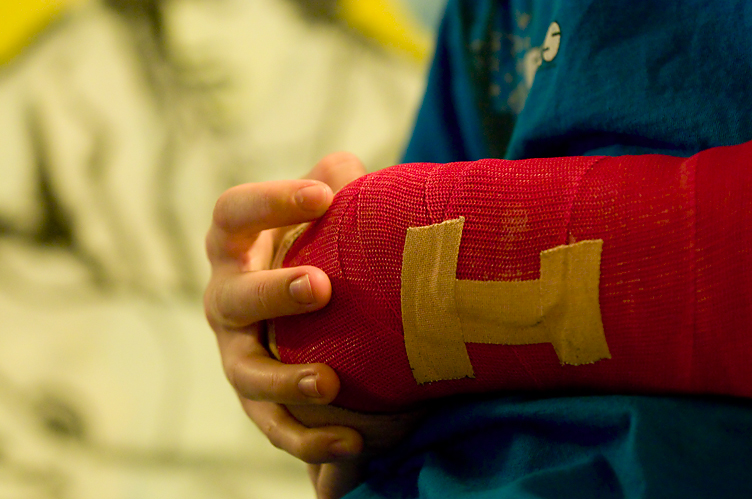 I'm short on time so I'll be short on descriptive text as well. Here's a friend's cast, which brought back memories of when I too broke my left wrist. 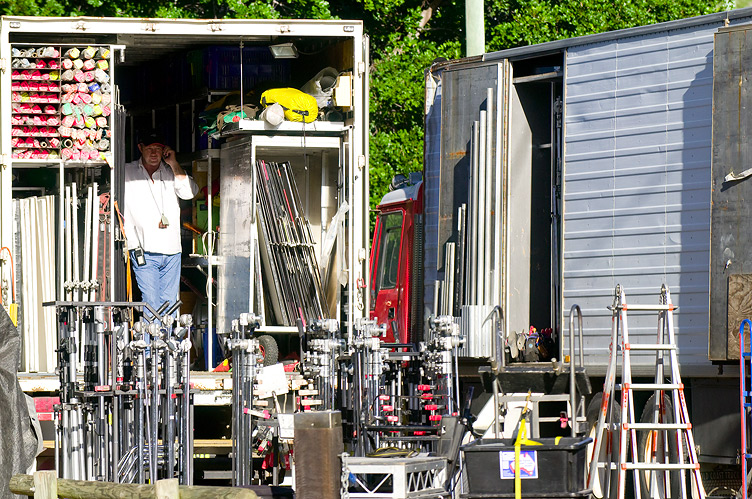 While I was having a late lunch a few days ago I noticed the film crew for the movie Subdivision shooting a scene at one of our local landmarks. The movie's due for release next year and they've been in town for a few weeks as, from what I understand, it's based on the true story of a resident. I took a few pics of the cast and crew doing their thing and had a brief chat with the location manager, who I think was concerned with who I photographing for. The number of people it takes to shoot a movie and the equipment required is quite significant, so it must be tricky co-ordinate and shoot on location with the amount of interest from passers-by (and with pesky people like me snapping away in the background). There were trucks full of gear, roads blocked off by police and a small village of people milling.

On the circuit front, all the components are soldered on and it's working perfectly! Phew! It hasn't been tested with a 240 volt supply as yet but the test on a lower voltage worked flawlessly, so I can't imagine any reason it won't work in the final configuration. I will keep you posted :D

through a glass, darkly... 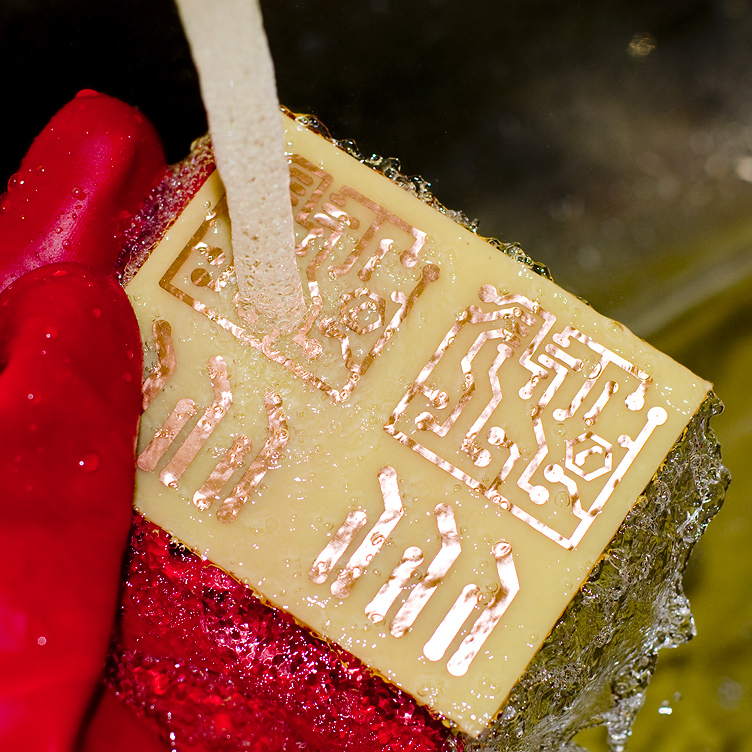 Washing the final chemical developer off my second circuit board etching attempt. The first board had a silly mistake so I had to scrap it, but I needed another anyway so I made two on the same board the second time around and took some photos as well. I've gained a lot of knowledge in the process so it was actually good to have to redo it! The components will be soldered on later in the week once I get some more time.

the colour inside your head... 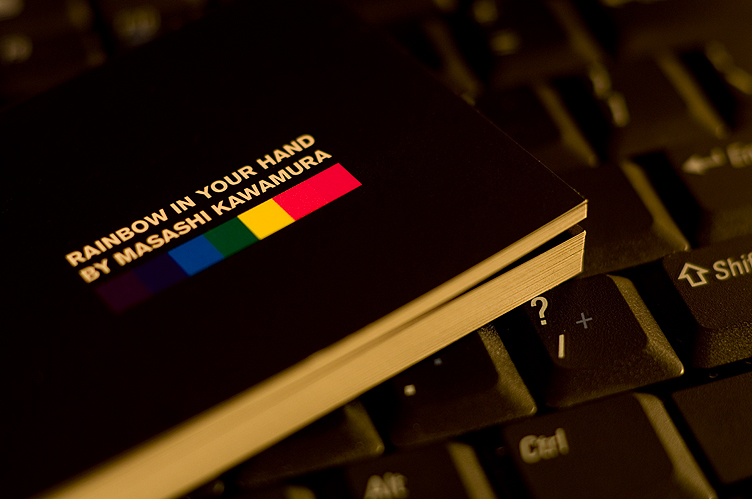 The last week was a write-off, starting on Monday morning with the death of my workstation's operating system hard drive. That night another computer in residence suffered a similar fate - what are the odds? That made for a total of three hard drive failures in a week, the other being the earlier crash of a remote server drive which my workstation performs nightly backups to. No data was lost, a result of having multiple backups and a bit of good luck, but it did waste three days while replacements arrived and everything was restored (and I'm still trying to catch up on the lost productivity).

The experience underscores an important point: all hard drives eventually fail, so backups are extremely important. Aside from my work data (which reside on RAID mirrored drives with nightly remote backups), like most people I have an increasingly large and irreplaceable collection of photos. If you're reading this and you don't have a backup of your photos and files, ask yourself how you'd feel if your hard drive died tomorrow and you lost them forever. As people store more of their family photos and videos in digital form the risk of losing it all to hardware failure is something everyone should think about.

So please, make regular backups! Do it. Right now.

While waiting for the new drives to arrive I had time to test some circuitry. I've finished the design for my first PCB and will attempt to etch it some time in the next week once I've made ground on the backlog of work. I'm really excited about finishing it and then seeing it (hopefully) work!