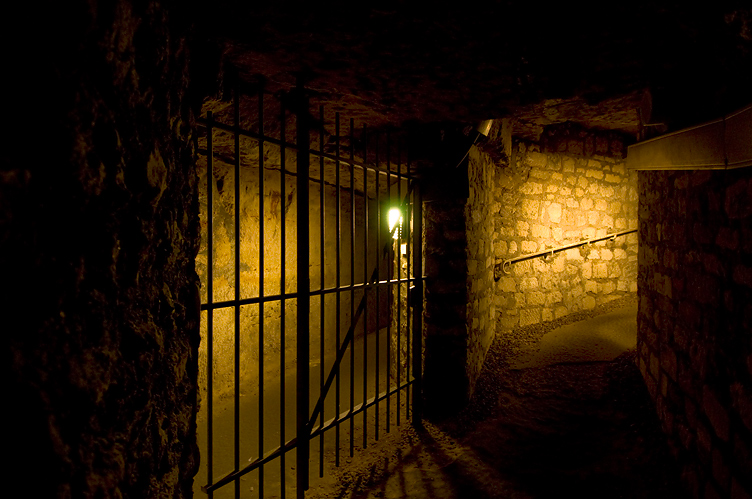 Being interested in urban exploration and the structures found under cities, over the years I came to know of Paris' tangle of old mining tunnels and really wanted to check them out. There are over 400 kilometres of subterranean passages collectively known as "les Catacombes", although this name is deceptive as only a very small section is an ossuary and publicly accessible. The rest of the network is illegal to enter due to safety concerns, with parts of the labyrinth unstable, flooded or just plain dangerous, with pits and ledges reminiscent of Prince of Persia. Lose your torch in there and you'd never find your way out again! Of course this doesn't stop the "Cataphiles". 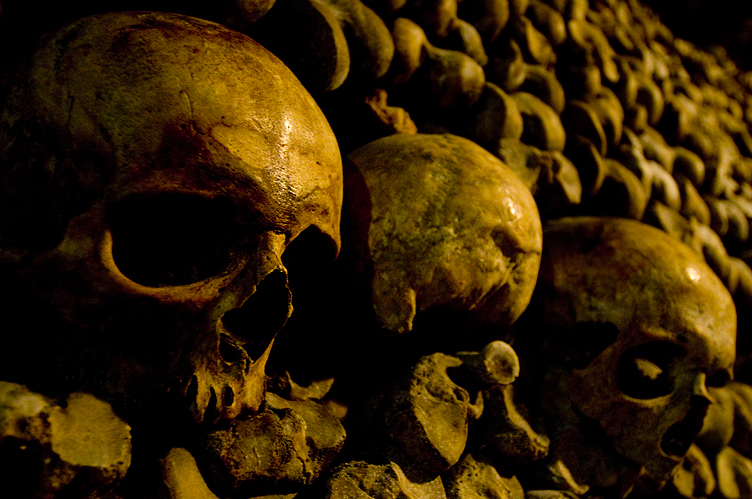 Across the city on the Métro, by now an entirely intuitive process. Once again I have to express how efficient the system is, so much so that you wouldn't bother using anything else. This is an incredible feat of design and engineering when you consider that 4.5 million people use it each day. Its 245 closely-spaced stations allow you to go to anywhere in Paris in just a few line changes!

Out into the light of day through Art Nouveau stylings at Denfert-Rochereau, it took a while to find the entrance to the catacombs but friendly locals pointed us in the right direction. It is very understated, not the usual tourist destination I suppose. Ushered inside and then down, down, down spiral stone and into the cool darkness and damp, through a series of long passageways eventually arriving at the first of innumerable chambers that comprise the ossuary. Tens of thousands of bones, transferred here at the end of the 18th century from the overflowing cemeteries; an incredible thing to behold. 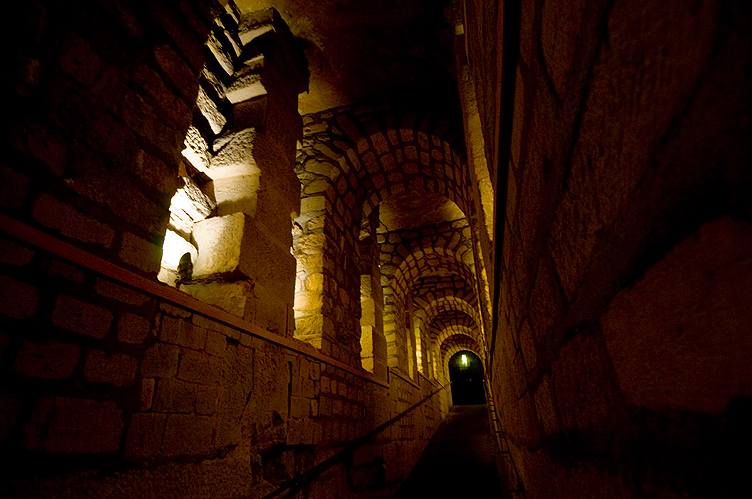 Like nothing I'd ever seen, everywhere bones, stacked and arranged carefully, grouped by cemetery and date, walls of bones, in patterns and geometries, skulls lining columns and edges. At the end of several low-ceilinged rooms, through more rough-cut tunnels and briefly cavernous halls into snaking forest of bones. Overwhelming in its magnitude and yet not at all monotonous. 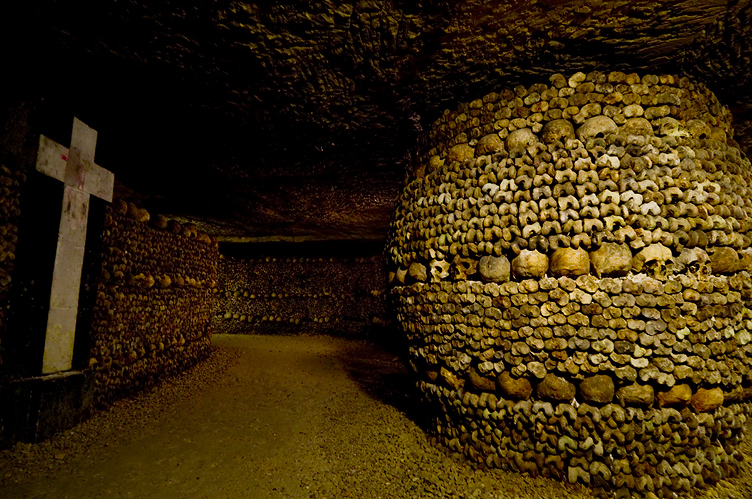 Dim lighting, much darker than it appears in these long exposure photos, the cool air and water dripping from stone overhead, make for a powerful ambience.

The experience was only interrupted by some ignorant tourists from the USA who didn't seem to understand the concept of respect. I almost fell over when I realised that one of them had placed their camera on a stack of bones for a timer shot...