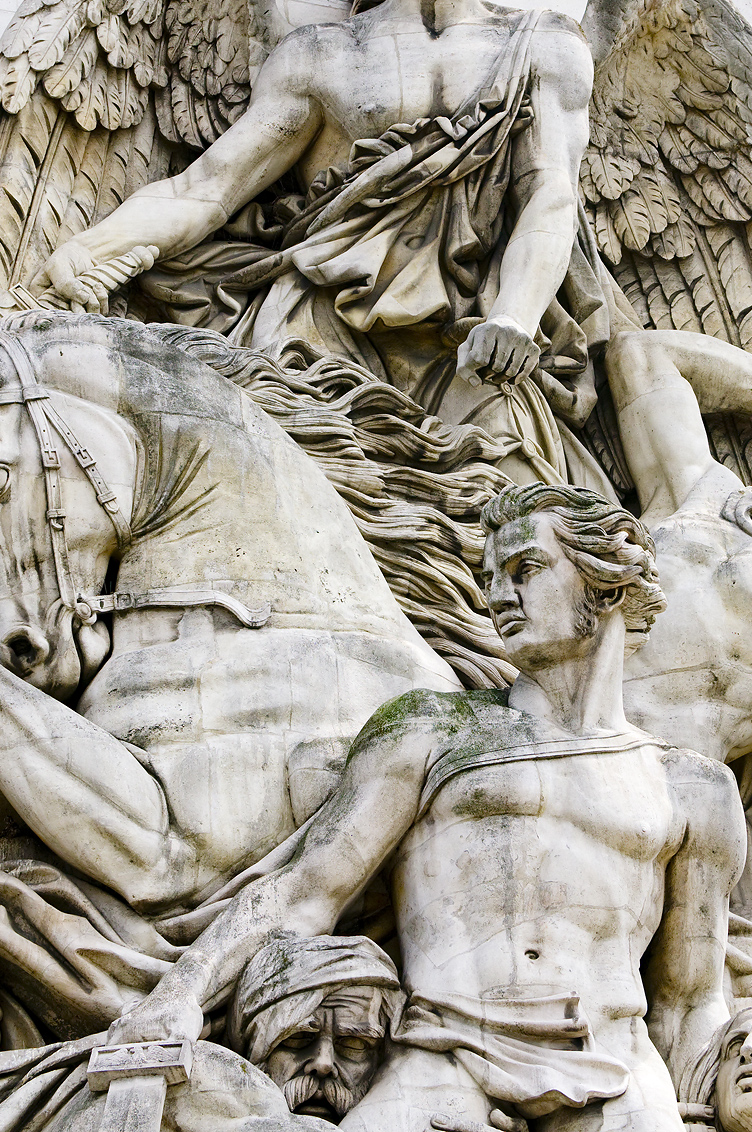 Part of "Resistance", one of the four giant pillar carvings at Arc de Triomphe. Arising from the Métro at Étoile, the Arc stands colossal and with a sense of intense immovability at the intersection of twelve avenues (including the Champs-Élysées). The result is an exceptionally chaotic roundabout where at times traffic circulates 10 or more cars wide with no clearly defined lanes. The photo below was taken in a rare moment when there were no cars blocking the view. Given the insanity of attempting to cross such a road, access to the Arc is via a tunnel.

As with Versailles, the scale is difficult to convey. Even in person, the immense detail of the stonework inside and on the upper section of the Arc is sensory overload. I'll be sure to include some interior detail in the next post as it really is amazing.

Standing under the Arc, where Napoleon's body passed on the way to its tomb at Les Invalides, feels like experiencing history itself.