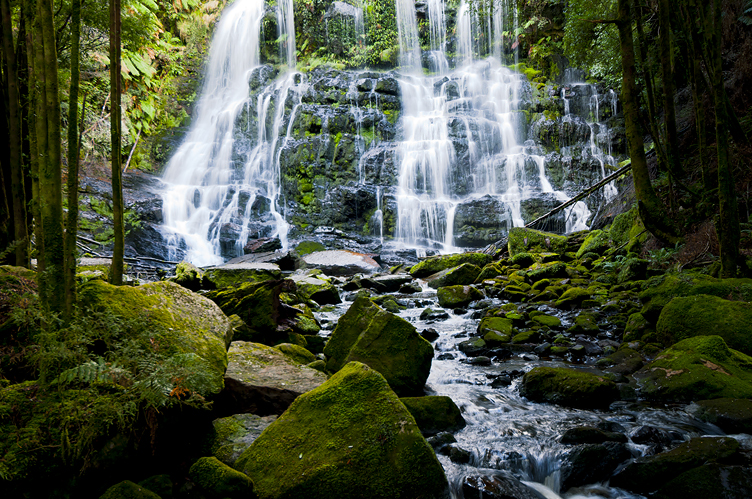 On the way, Nelson Falls, a short walk through the cold, wet air of the moss-covered forest floor. It's these hidden gems that make travel in Tasmania great. 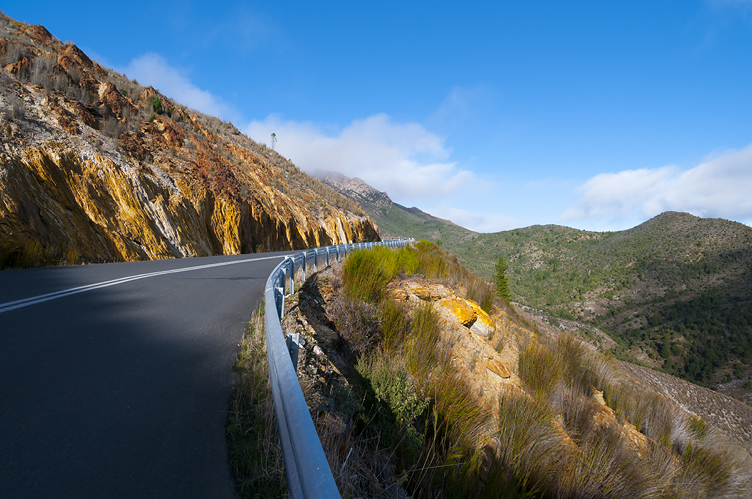 Leaving Queenstown. Then, inland through winding roads in the vast forests of the West Coast to the other side of Cradle Mountain-Lake St Clair National Park. 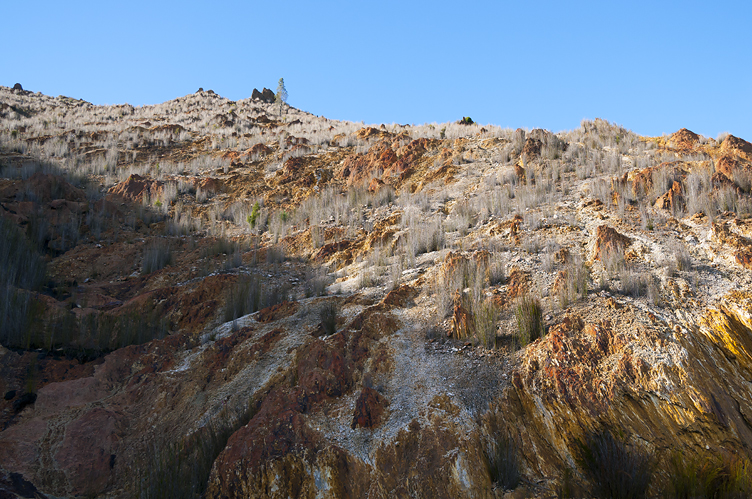 The landscape around Queenstown, as if on the edge of a desert, stripped bare by early mining operations. 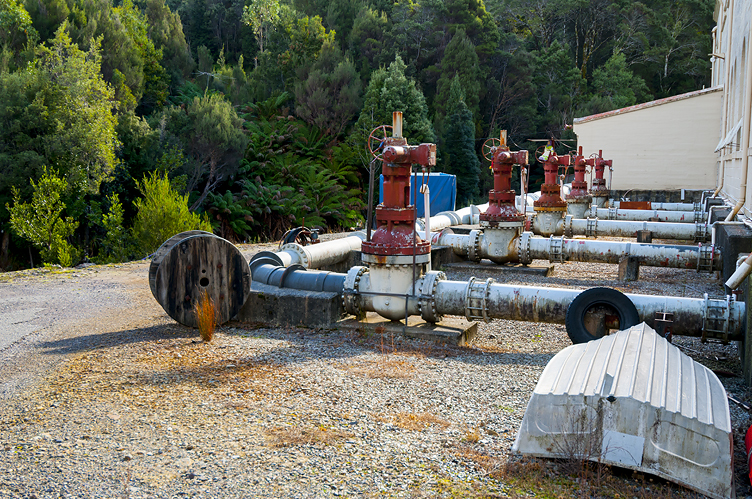 Out back. I was surprised to learn that the main supply pipeline from the dam is of wooden construction, even today. 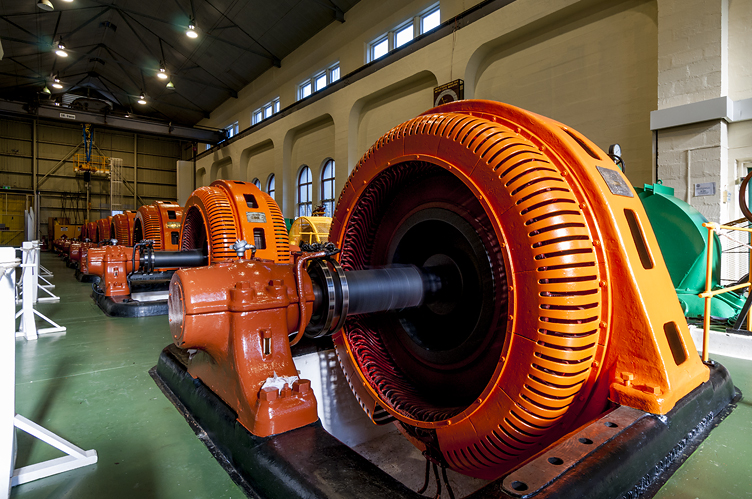 The seven generators and turbines, quite a bit taller than me, spinning away with a deafening whir. 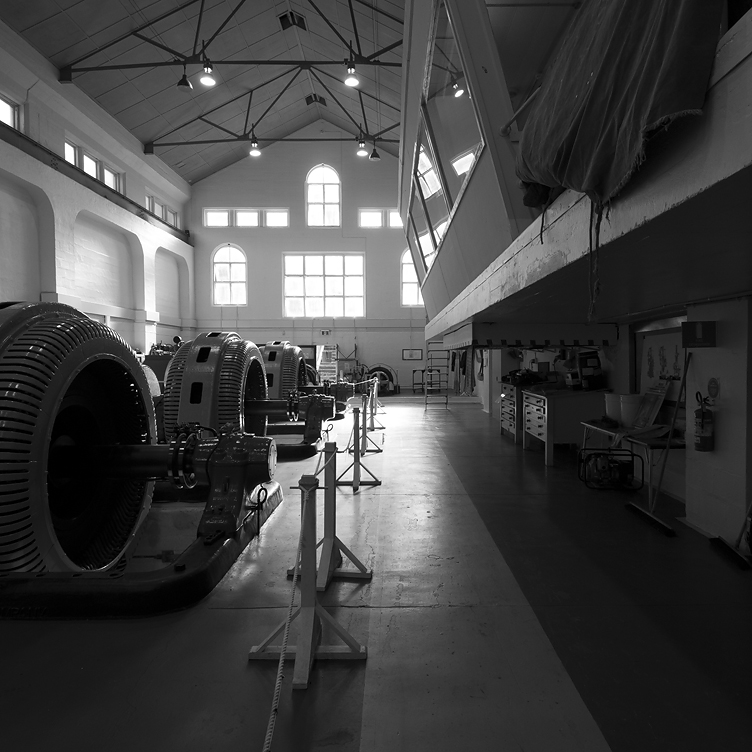 After spotting it on a map of the area, we asked around about the old Lake Margaret hydro-electric power station. A local pointed us in the right direction noting a gate to the access road was sometimes open, and if it was we should simply drive in and have a look. Half an hour along an isolated bush track we found the gate in question, firmly locked. Nothing ventured, nothing gained.

We turned around and started back, but after a few minutes a ute appeared. Knowing its destination could only be the power station, we pulled over, and it did too, a friendly guy greeting us and asking if we were out to visit the plant. He happened to be the sole operator of the station, there for routine maintenance, and asked if we'd like to come along. Of course we said yes.

The plant, more than a century old, is still operating today with a peak output capacity of 8.4 megawatts from its original Pelton turbines. We were exceptionally lucky to receive a personal guided tour! 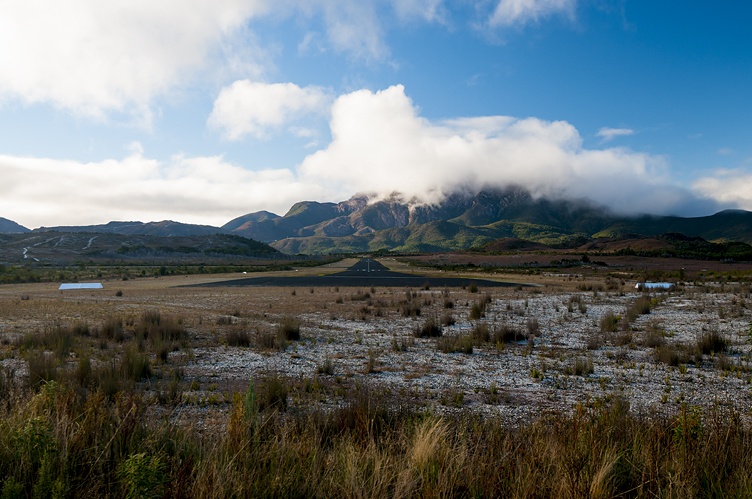 Not far from Strahan's chalky morning light, outside the mining town of Queenstown. 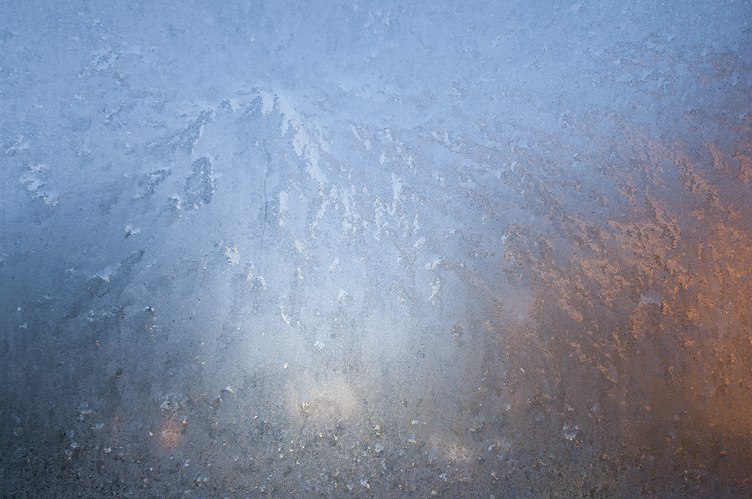 On the way out we warmed up with a coffee in the visitor centre, where Taiwanese TV personalities – looking slightly less frozen in their puffy jackets – were shooting a segment.

Driving into the night and dodging wildlife as we went, we pushed on to the tiny town of Strahan on the west coast. Dinner was a burger from a closing corner store, then to sleep, thankful for the warmth of the motel, before another very cold start. 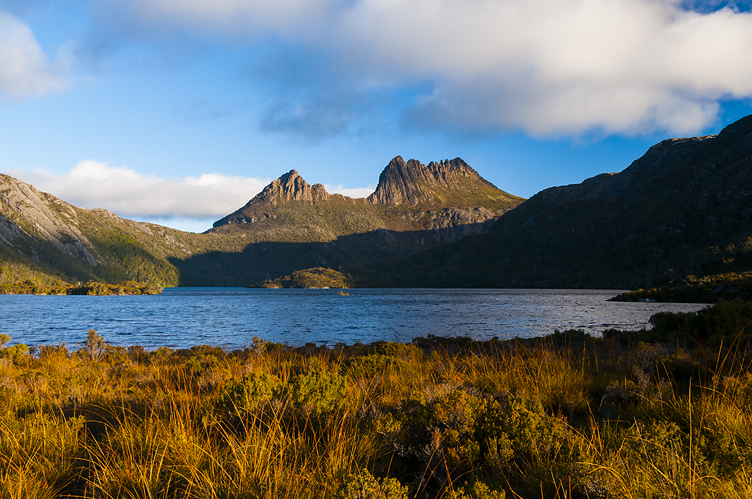 Once more, Cradle Mountain. We left as the shadows stretched and the light rouged, the air solely more frigid.

I'd like to return and explore the park properly, walking one of the many mountain trails that Cradle Mountain-Lake St Clair National Park is famous for. 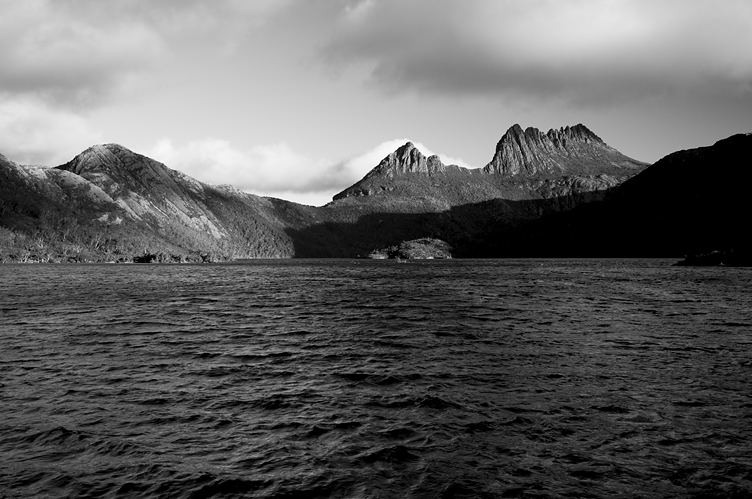 From the edge of Dove Lake, Cradle Mountain looming, with a fierce breeze whipping the icy water.

surf the sky for miles 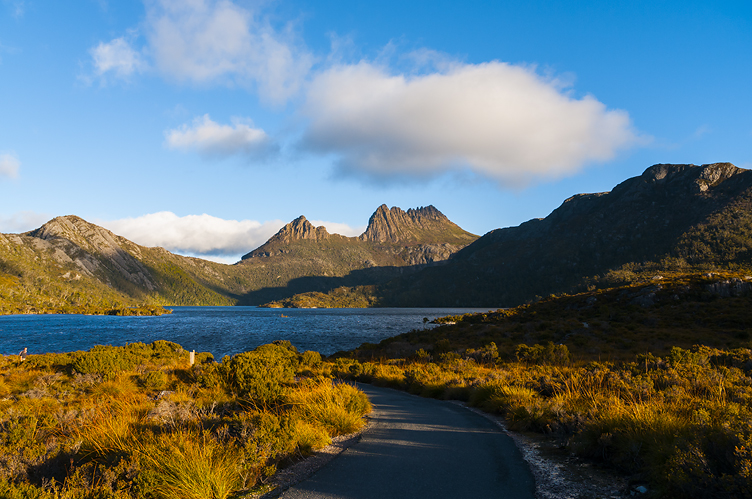 Another hour and a half inland, rising slowly to the tufted terrain of the national park, now with serious chill in the wind. Past the ranger station the road becomes narrower and it's not uncommon to have to stop for wildlife. For me, a first: seeing a wombat in the wild, a large one at that. 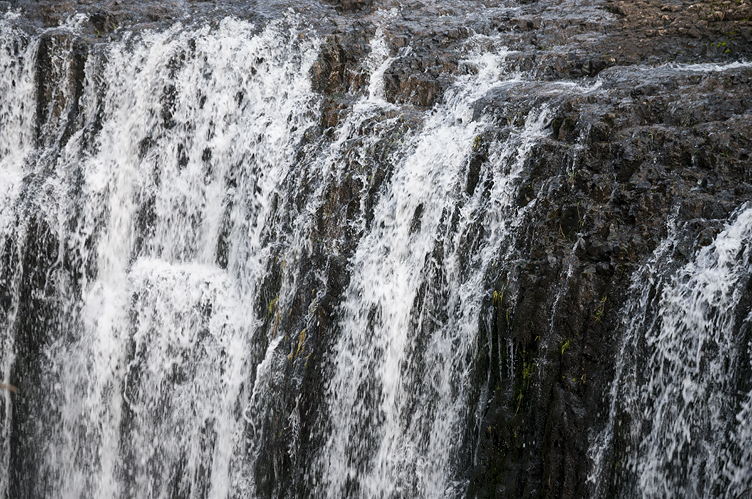 Guide Falls from above. Such surprises are all over Tasmania, conveniently signposted and rarely a long diversion. 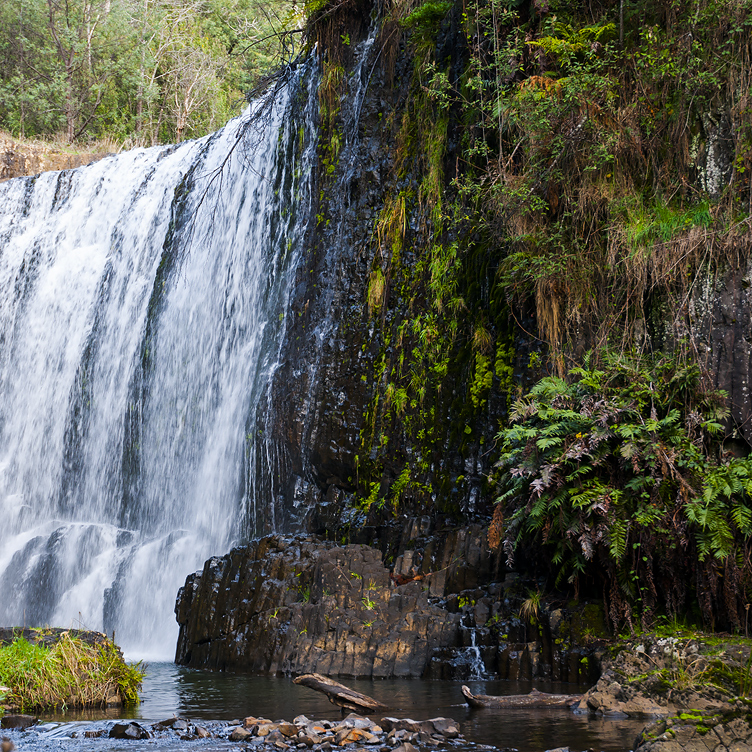 Leaving Burnie and on our way south to Cradle Mountain, a slight detour up into the woods to visit Guide Falls.