it takes money and aeroplanes 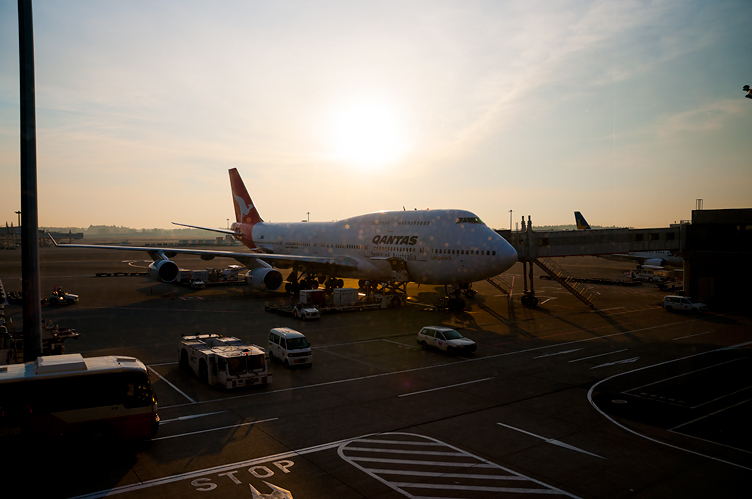 With the dual language signs and safety messages and almost every passenger being Japanese, being on the plane felt like I'd already set foot in the country.

The journey was flown on the second oldest plane in the Qantas fleet at the time, VH-OJI, a 747-438 which entered service way back in December 1990. To put that in perspective, that's before the World Wide Web was active, before most people had even heard of the Internet. Coincidentally its final commercial flight was last month, Narita to Sydney, before being stripped of its logos and sent to an uncertain fate in Mojave, California. Almost 25 years, what incredible machines!

I imagine that those who can sleep on planes must find overnight flights significantly more pleasant than I do; sleeping away a few of the 10 hours would have made it so much shorter. Instead I made the most of the outdated in-flight entertainment system and its fuzzy 4:3 screen, watching what I could before giving up and falling into that uncomfortable state of desperately wanting to sleep but being unable to. Still, this is the epitome of First World Problems, as is the sludge that is Qantas coffee, and a small price to pay for crossing 70 lines of latitude. 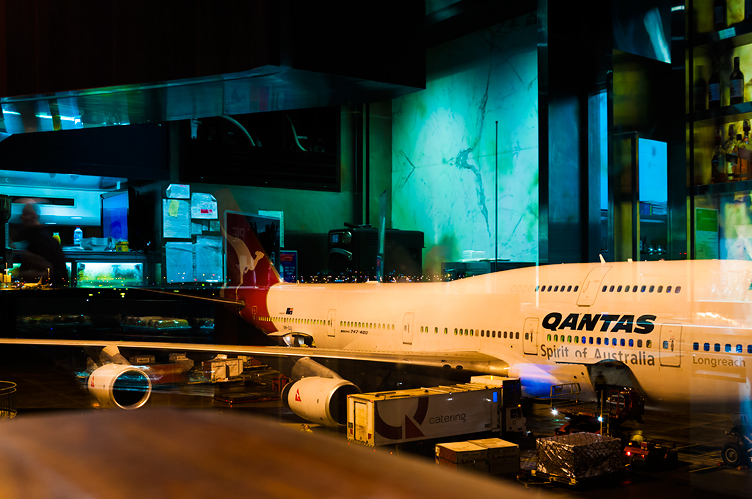 Watching the ground crew prep the plane. The uneasy thought of travelling alone through a country where I knew no one and couldn't speak the language had occasionally crossed my mind in the weeks prior, but once I closed my suitcase it never returned. 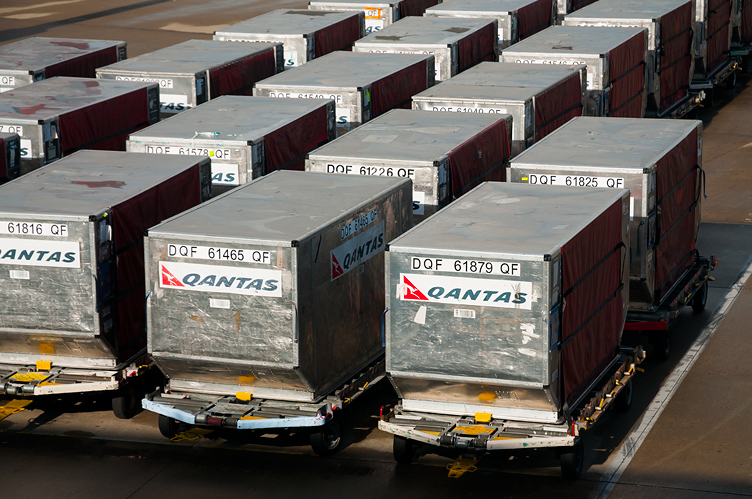 Flying to Brisbane and on to Sydney to await the late night flight bound for Narita, Japan. 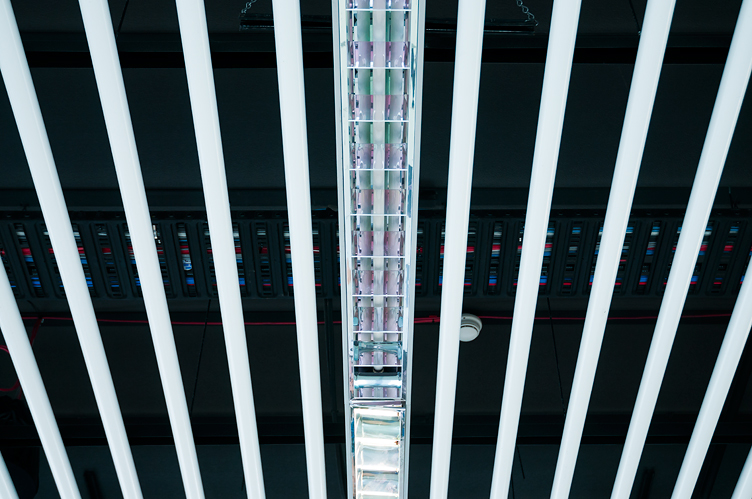 I'd always wanted to see Japan, to fall into its culture and wander the cities that have been the basis of so much loved fiction. The planets had never aligned to make a trip with friends, so one late night last year I finally booked flights and started planning a solo itinerary. 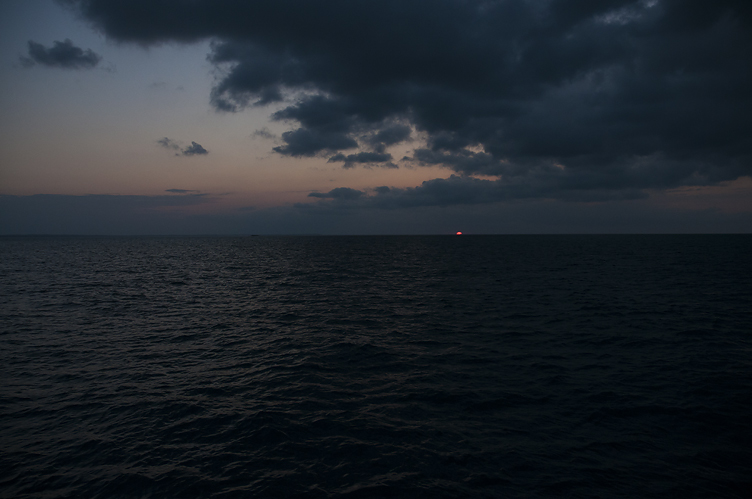 A final blip of the sun. Next stop: Japan. 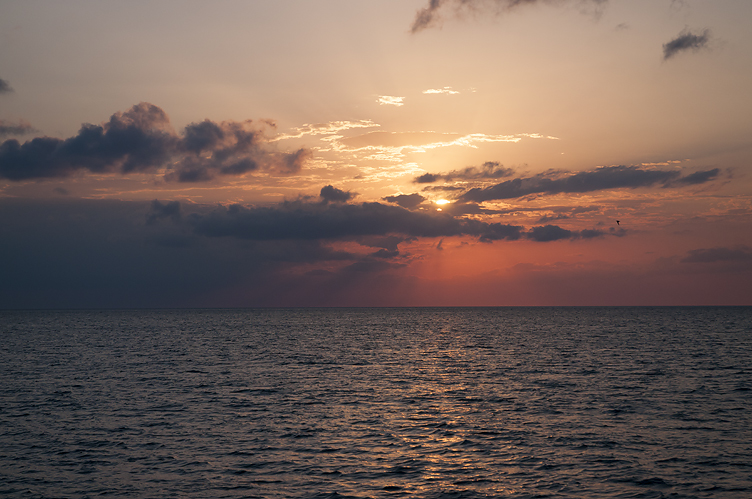 Heading back to shore, clouds like gold leaf stuck to an oil painting. 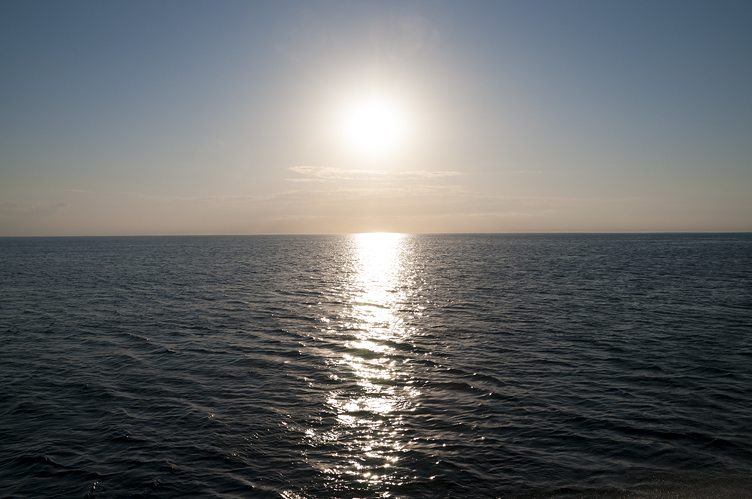 As the sun sinks and the smoke begins to stain the light. 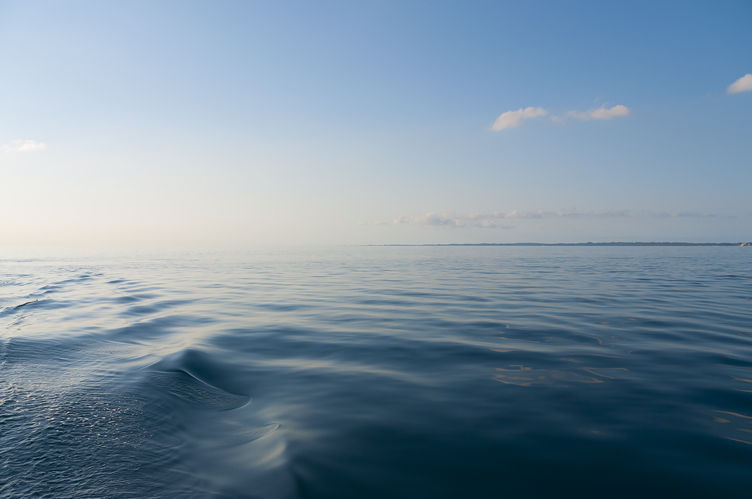 Bushfire smoke on a windless afternoon. 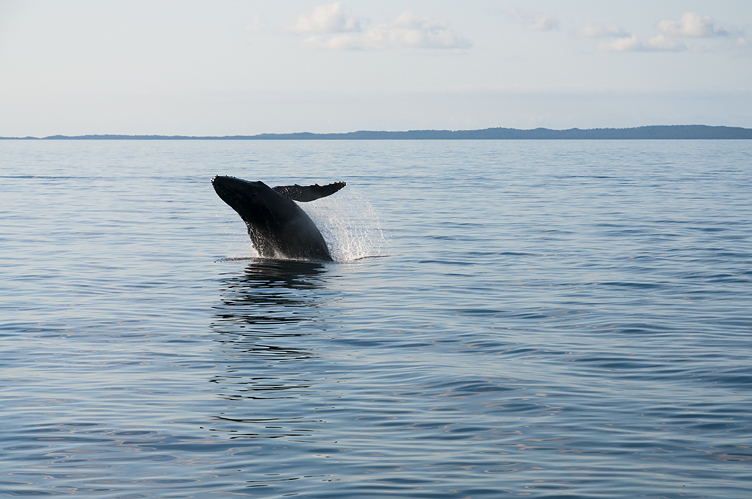 A brief interlude, some whale watching in the bay. With the water being calm the humpbacks weren't as active as usual, but they're amazing even when they're just swimming around.