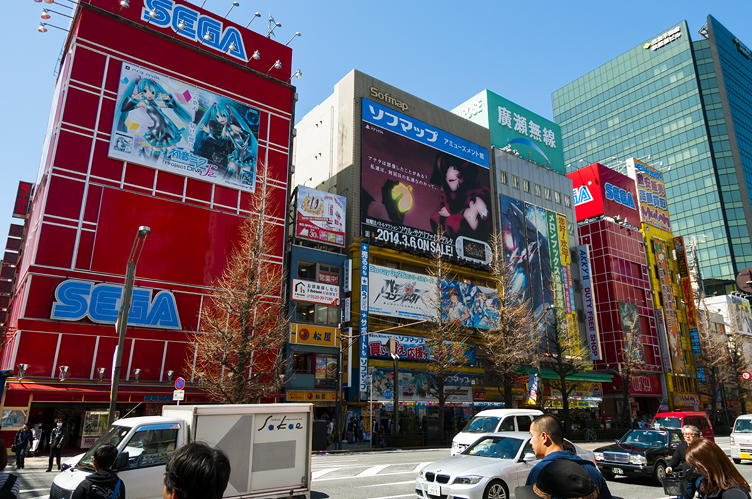 West from the station plaza, drawn between the buildings and the suspended tracks projecting out, the more central and famous block of Akihabara 秋葉原 appears. Packed together, dense temples of game arcades, book stores and more.

After yaki-gyōza 焼き餃子 (pan-fried dumplings) for lunch in the station, the afternoon was spent wandering the streets and shops of Akihabara Electric Town 秋葉原電気街. The district is now mostly known as a cultural centre for otaku おたく, those obsessively interested in anime アニメ, manga 漫画 or other hobbies and subjects, and less for its post-World War II association with electronics and appliance stores, but there are still plenty such shops that endure.