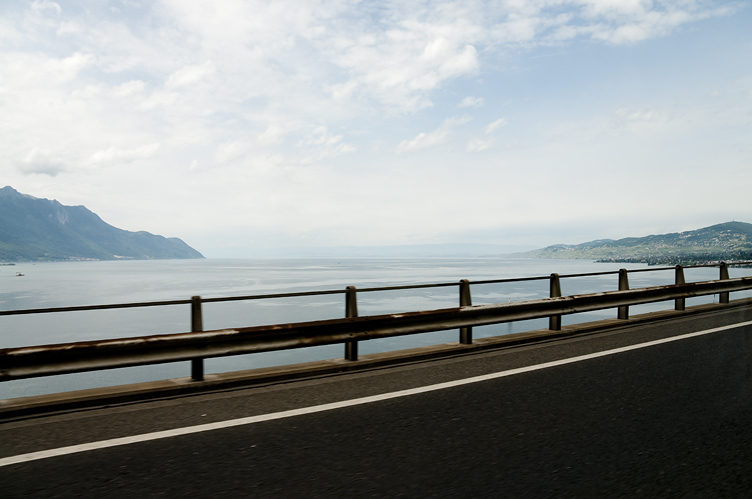 My thoughts go out to all those affected by the widespread flooding across Queensland, from the farmers out west with devastated crops to those who have lost their homes and more in the south east.

Above, looking over Lake Geneva while travelling north, before heading east across the width of Switzerland past Bern and Zürich to reach southern Germany.

As an Australian, the driving distances in Europe seem out of scale, like a decimal point has been misplaced. To drive the entire width of Switzerland takes less time than it does to drive from here to Queensland's capital city, but that's not surprising given 180 Switzerlands could fit inside Australia with room to spare. Indeed, the recent Queensland floods have been said to cover "an area the size of France and Germany combined". Europeans travelling in Australia must have a similar experience, but in reverse, as though the distances between destinations are enormous, the trips taking an eternity. The difference in road quality must also play a role in this phenomenon.

The first stop in Germany was the town of Lindau where I successfully spoke enough of the native tongue to purchase a Vodafone DE SIM card, convenient for its ability to data roam in practically any country. I'd assumed that most people in Germany also spoke English, but in this instance that wasn't the case. Having said that, when a non-English speaker says they speak "a little English", it's usually safe to assume they speak far more English than you speak of their language. The night was spent in the leafy city of Memmingen, a convenient stopping point before heading south the following day to Neuschwanstein Castle and onwards through Austria to Italy.