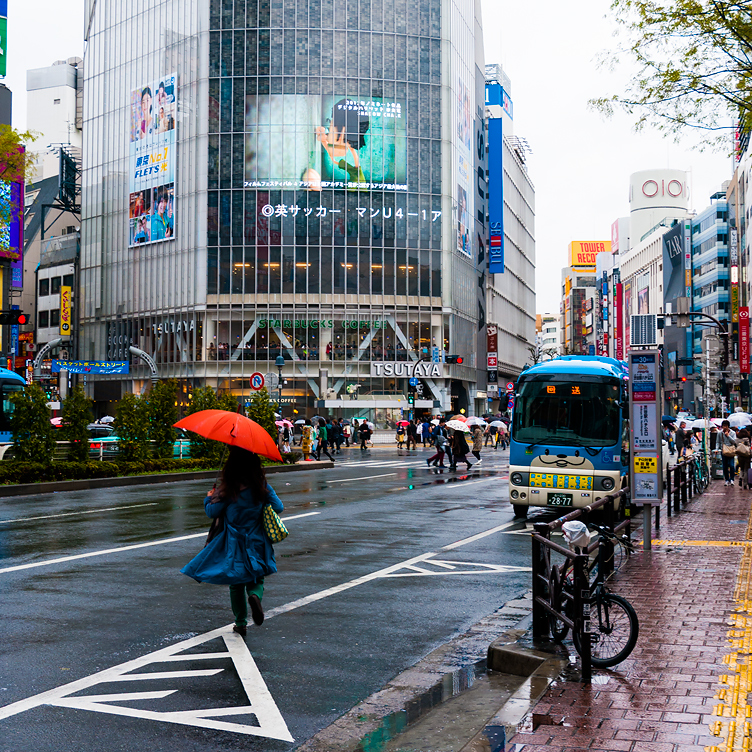 After riding the Yamanote Line 山手線 back to Shibuya 渋谷 the station and crossing had reached peak Saturday night density, flowing, viscous, like cooling lava.

The packed square was now illuminated by neon and screens, angled in every direction, blaring over the crowd. I made a path around, tracked below the expressway and up the hill to the hotel, then found a nearby ramen ラーメン shop called 俺流塩らーめん for dinner. It took a moment to decipher the order ticket machine outside (a common feature of these restaurants), but soon I was inside, greeted warmly and settled for a hearty meal of tonkotsu 豚骨 soup and gyōza ギョーザ. A good fit for the cool weather and my tired brain.

Back up in the matchbox room I phoned the SIM card company to try to obtain a replacement for the dead original. The call went better than expected, answered by a local American who arranged for a replacement to be sent to the next hotel, but no guarantees due to a postal network overwhelmed by people bulk buying ahead of the consumption tax increase. A quick call made to home, then crashed, only to wake again sporadically, sleep routine scrambled.

When the new day arrived the room's tiny window was fogged and streaked with rain. A shower helped wake me up, then I was down to the streets where it was raining steadily. A French lady with a suitcase was caught in the downpour, so we walked together under the shelter of my hotel umbrella. She was enamoured with the city and of meeting other travellers and left her details for Kyōto 京都, where she was headed next.