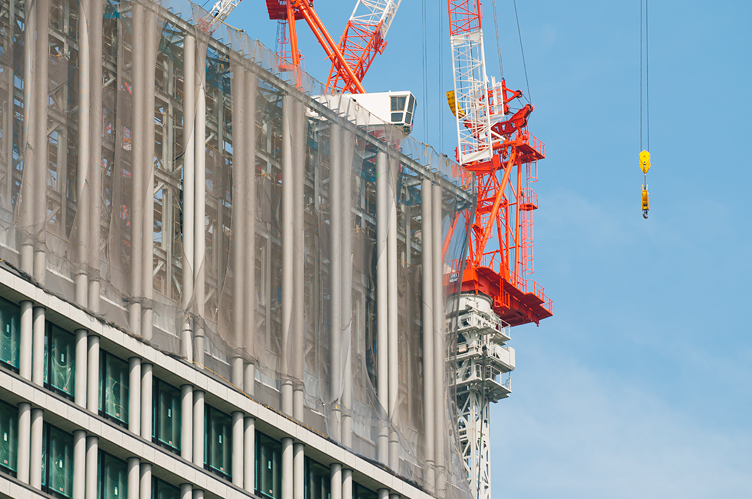 Looking across the way, the contrast of old and new. Grey shrouds rippling in the wind like fields of rice. 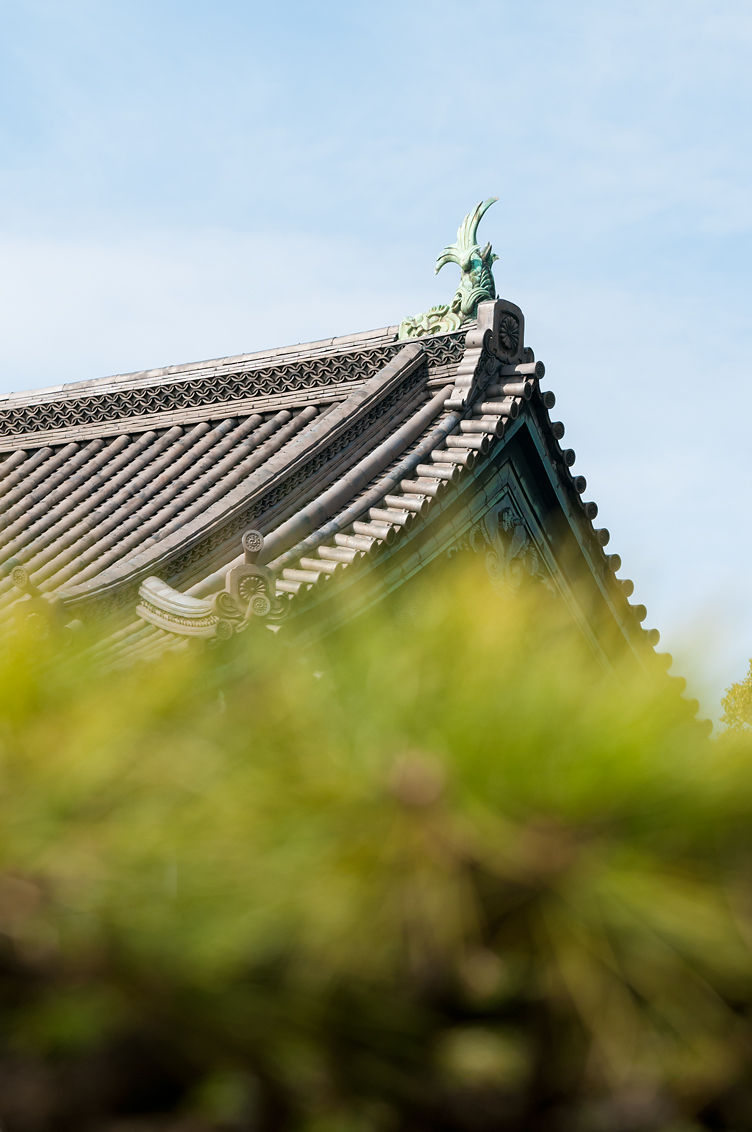 Looking over the Kikyō moat 桔梗濠 to the roof of a turret. A shachihoko 鯱, with the head of a tiger and the body of a carp, adorns the end of the ridgepole. These traditionally served as protection against fire.

I will never tire of looking at the roof lines of traditional Japanese buildings. 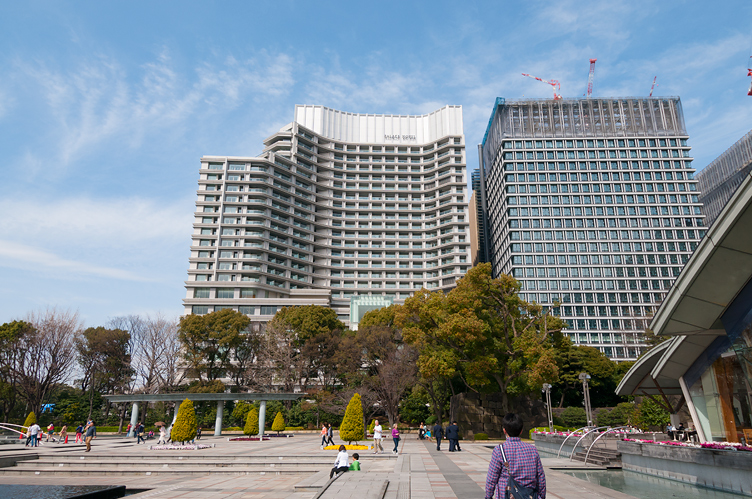 Another view from within the park. Japan is a constitutional monarchy and the fountains at either side commemorate the weddings of Emperor Akihito 天皇陛下 and Empress Michiko 皇后美智子, and Crown Prince Naruhito 皇太子徳仁親王 and Crown Princess Masako 皇太子徳仁親王妃雅子, respectively. 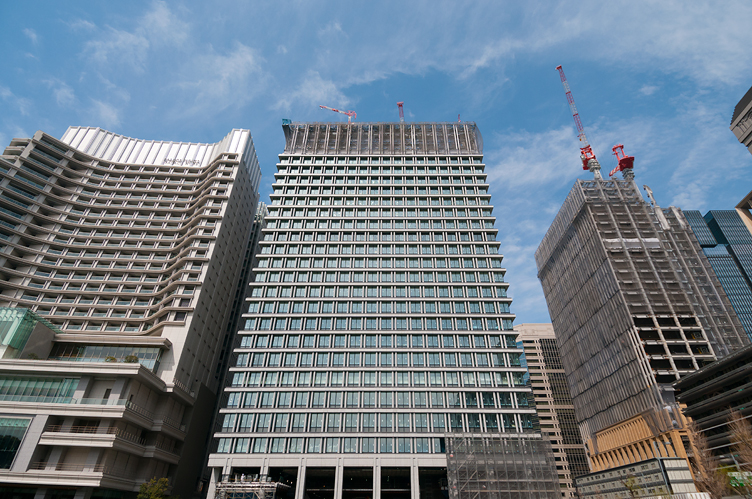 Crossing the first moat of the grounds on approach to Wadakura Fountain Park 和田倉噴水公園, new buildings near completion. 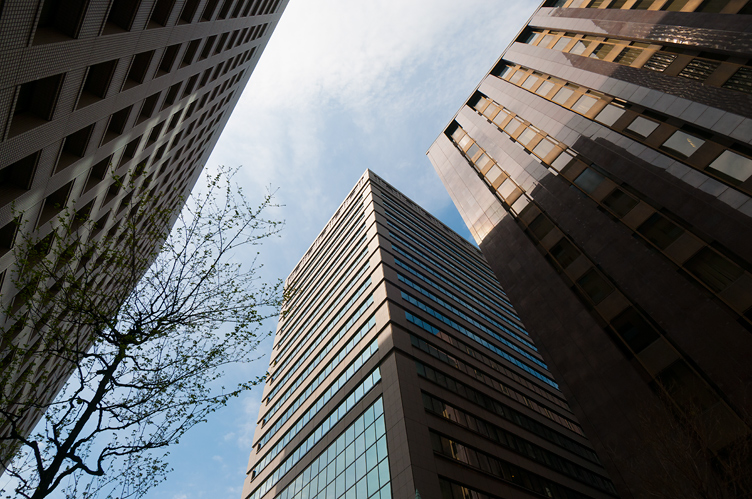 Looking up between the modern grid-buildings as a team of dedicated workers in amber hardhats tends a tiny garden on the footpath adjacent. 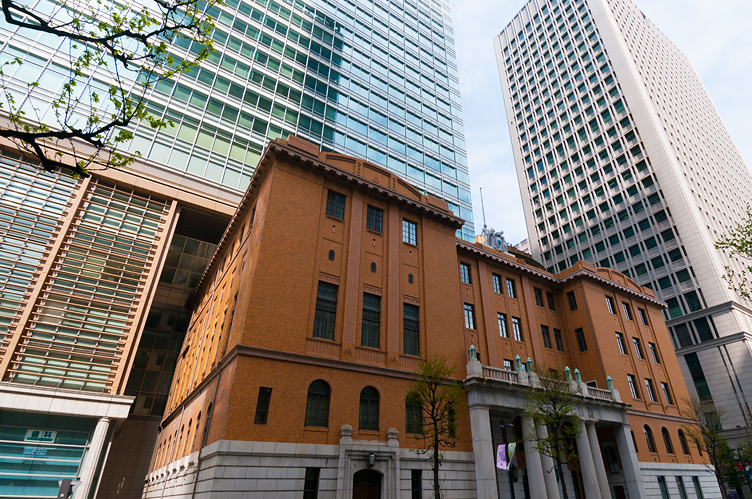 Arriving in Tōkyō Station 東京駅, its late 1800s architecture as striking in the city now as it must have been when it opened in 1914, I found my way to the Marunouchi 丸の内 central gate and the friendly locals of the Tokyo Free Walking Tour.

Over the next few minutes a number of other foreigners arrived, hailing from Singapore, Germany, Malaysia, Canada and the USA. We set off, led by the locals and divided into two small groups, in the direction of the Imperial Palace 皇居 East Gardens.

As we walked through the business district of Marunouchi 丸の内, the locals stopped to explain the history of the station and surrounding area. Above, a great example of the Japanese way. Preserve a piece of history, the Industry Club of Japan 日本工業倶楽部, while building a new office tower; just build around it. 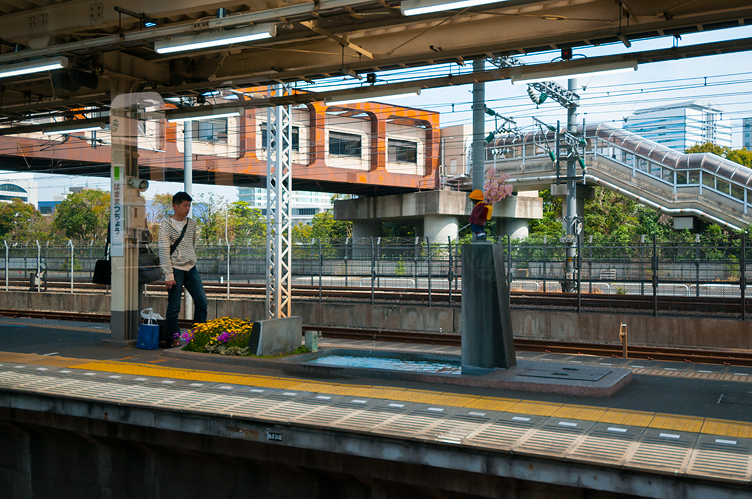 A few minutes prior, passing through Hamamatsuchō 浜松町, a commuter contemplates, as I did, the station's version of Manneken Pis. 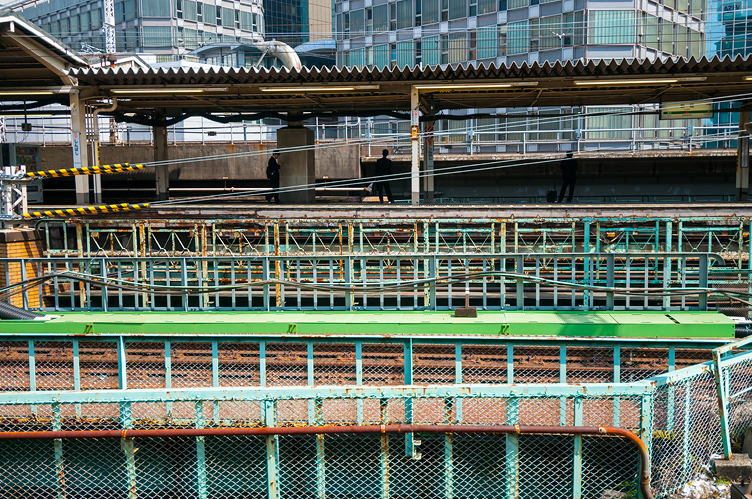 On the Yamanote Line 山手線, the main loop around the city, heading to the Marunouchi 丸の内 area. I'd read about a group of locals that offers a free walking tour each Saturday afternoon, so it seemed like the perfect opportunity to become better acquainted with the city and its people.