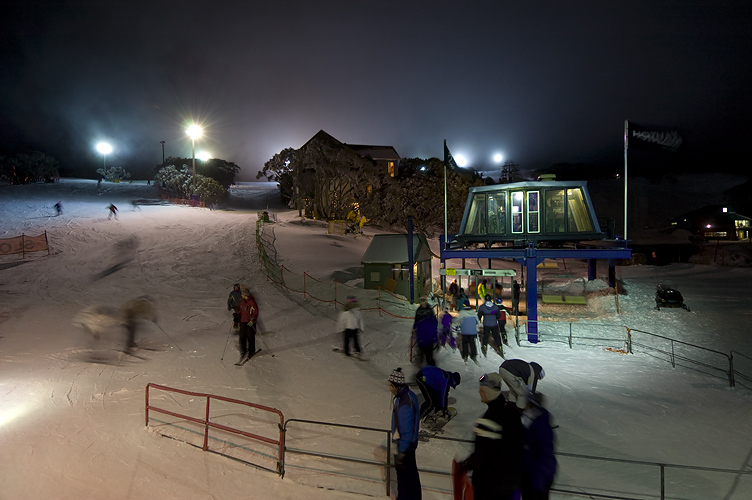 On certain nights of the week at Mt Hotham there's night skiing under lights on the beginner's Big D lift. Although I wasn't up for any more snowboarding (and that particular run is very short anyway) I did head over with the camera for some snaps; just missed the fireworks!

Christmas has come early for me: not only did my D70 return (and I could try out my upgrade 70-200 f/2.8 AF-S VR lens) but the local camera store called me yesterday afternoon to let me know that my D300 had arrived! They even let me pick it up after the store had closed! It's a great camera and I'm going to have a lot of fun with it! 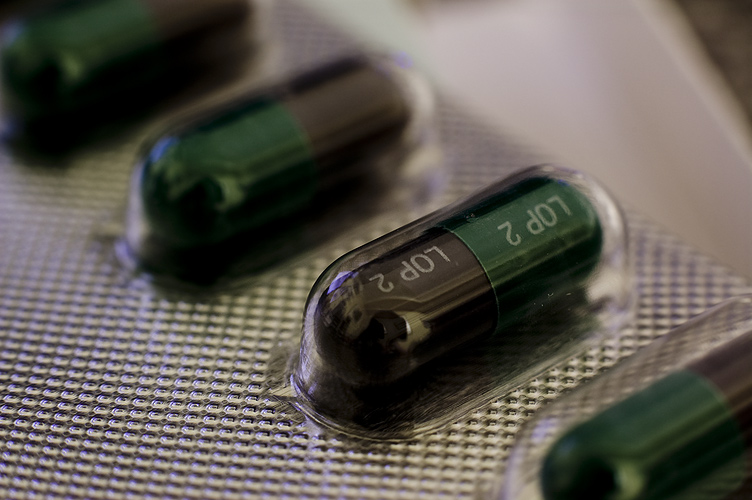 The particular irony of that classic scene involving "Turbo Lax" from Dumb and Dumber was not lost on me given the similarity of the settings and that it was playing at the Hotham Heights Medical Centre.

My repaired camera arrived in perfect working order today but my D300 is still on the way. 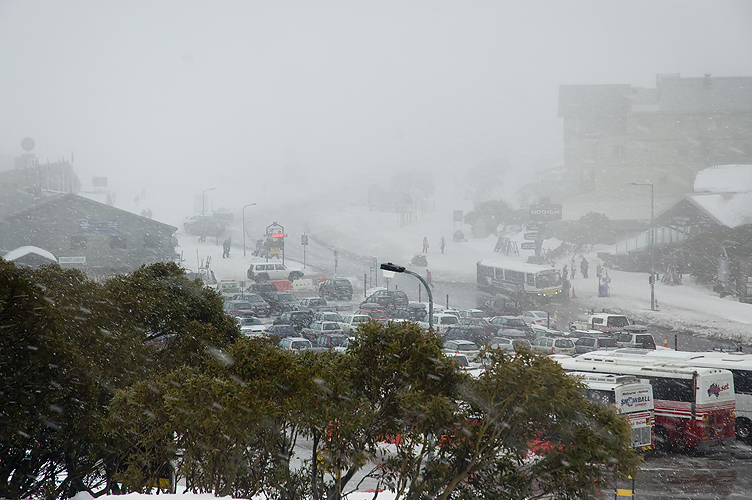 From my windowed perch and feeling a bit like a dehydrated L B Jefferies without the interesting plot twists, I tried to make the most of the next few days. It's a bit boring when you can't really sleep, eat or go anywhere. I ventured out occasionally but spent most of the time attempting to recover, watching an endless stream of B-grades on The Movie Channel. Until, that is, the snow became even heavier and the reception died :O

In normal circumstances bad weather on the mountains can be a good time to be out snowboarding if you have good gear and don't mind the discomfort, because there are fewer people on the slopes. With the food poisoning situation there was no chance of doing anything physical though.

Having not eaten much of anything for a few days and with things not improving I decided to visit the on-mountain doctor who confirmed the food poisoning and prescribed a random brand of loperamide to try to get things back to normal. Unfortunately he discovered they had no anti-nausea pills in stock but what he did give me helped immensely.

I managed to get out for one last set of trails and then had to call it quits.

As an aside: it's now been about a month and a half since I sent my camera away to be repaired following the snowgrooming incident and I'm hoping it will finally be returned this week. Meanwhile, I decided it's time to upgrade. I've placed an order for a new Nikon D300 but it may be a little while before I get my hands on it as they've only just started appearing in selected Australian stores. Additionally I've upgraded my 80-200 f/2.8 lens with a newer 70-200 f/2.8 which features vibration reduction and a faster focusing system. I don't have a camera body to try it on though, so I'll just have to stare at it and drool. 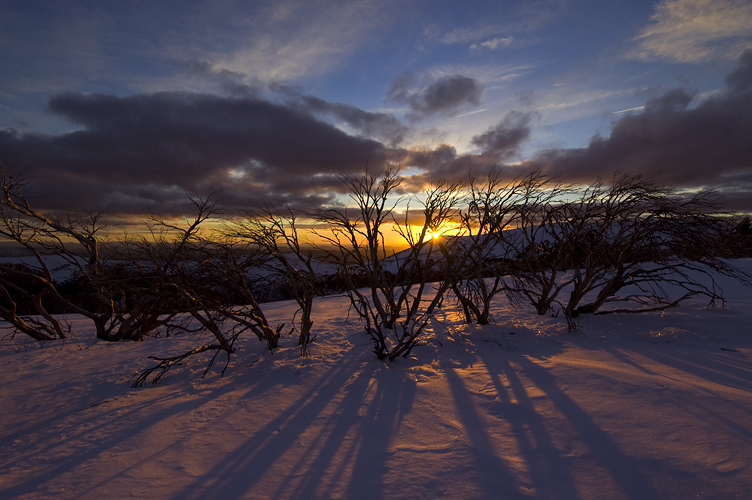 Over the following days I spent most of my time in Heavenly Valley and Keogh's / Orchard trying all of the runs that were bare ground last season. The weather was perfect and late in the afternoons I walked around the village and to some of the more remote non-skiing areas like those pictured in the previous post. Sunsets from the mountains are unforgettable. Below is a camera-phone panorama from the top of Keogh's looking into The Orchard:

My snowboard was feeling weightless after a few days of boarding and I'm very happy with my progression into steeper and more challenging terrain. I tried some black runs although I much prefer the more laid back experience of blues. The Orchard is great for that and the views make it worth the lift-hopping to get to that side of the resort. 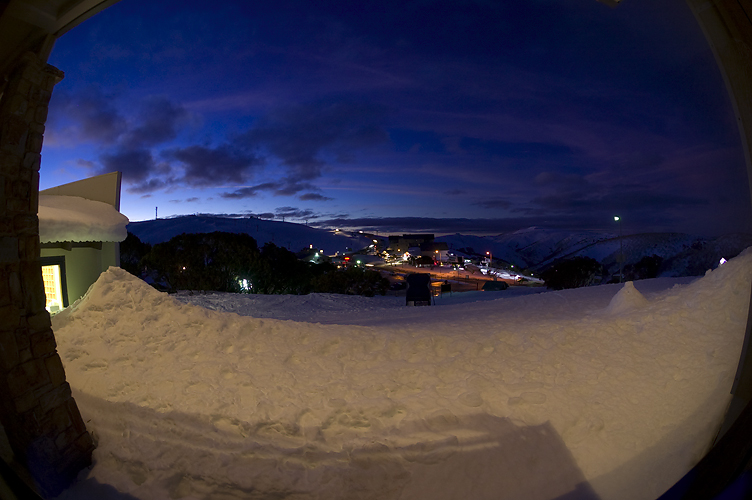 My apartment was feeling like a home away from home and the window seat, with its pleasant vantage, was the perfect spot to cocoon and relax the legs after a long day. Coincidentally the window is visible from a live streaming remote-controlled webcam that allowed pseudo "video phone" conversations with those back home.

The following day the wind howled and the weather turned, blue skies replaced by thick fog and snow showers. In an ironic twist this was good timing: that night I woke up at some hazy hour, nauseous and head swimming from what quickly made itself known as food poisoning. The next three days were not fun; I'm never eating a pesto chicken linguini ever again. 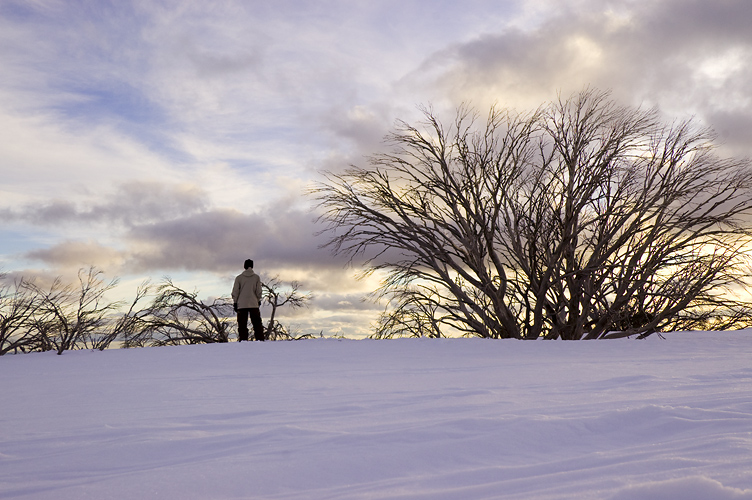 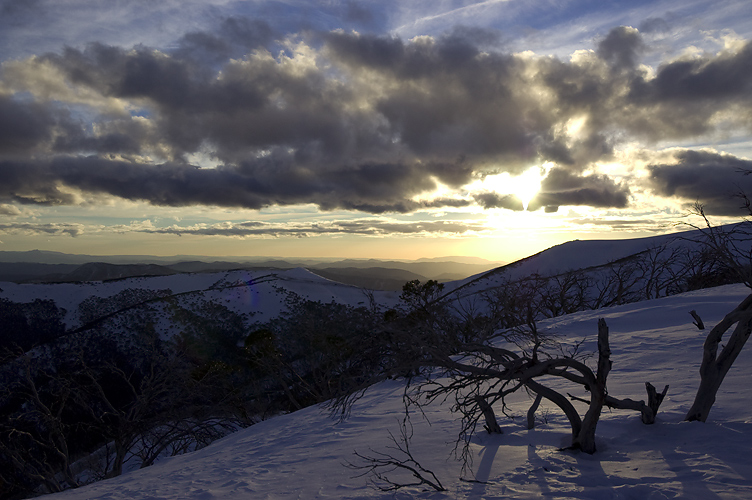 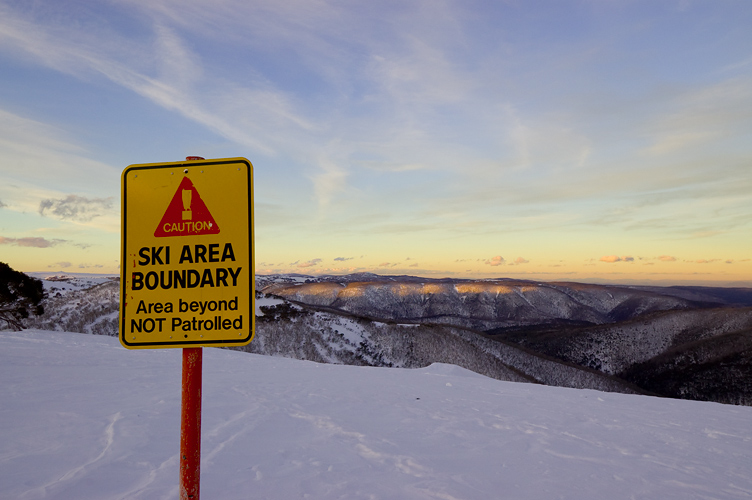 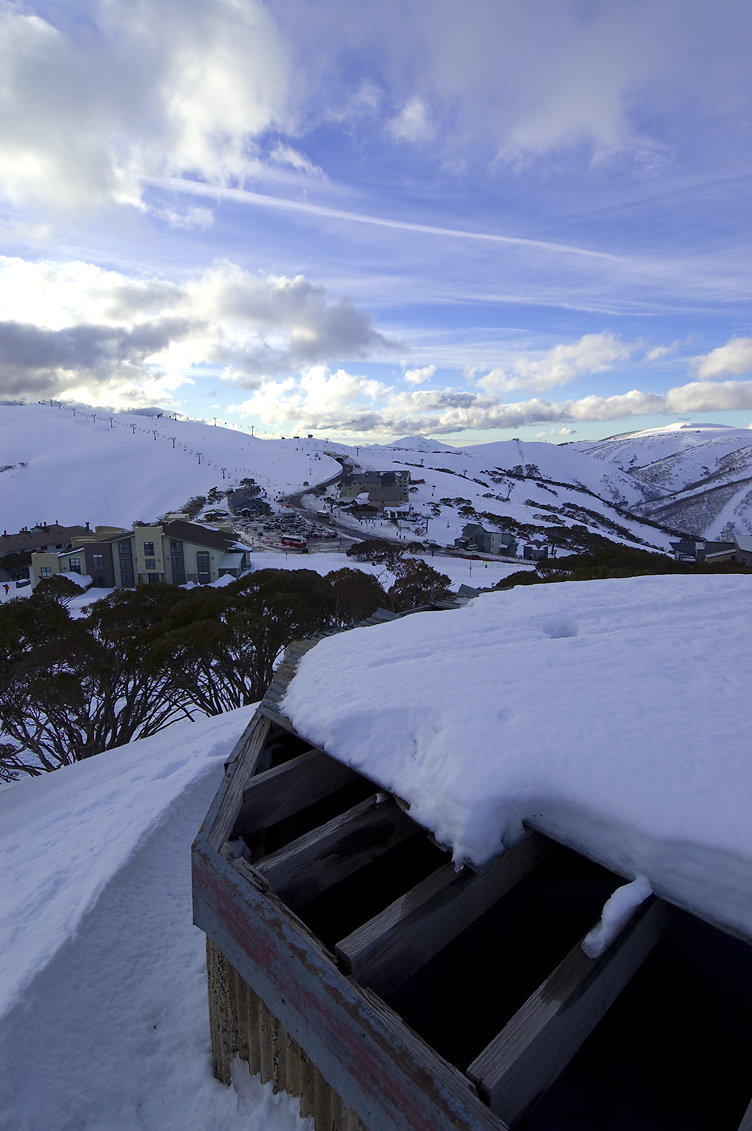