After having lunch and looking around it was time to head out of Queenstown, destined for Dunedin on the east coast. The landscape dramatically transforms and it's not long before dry and barren mountains are cutting up on either side. Making its way through the arid valley is the bright Kawarau River, fed from Lake Wakatipu. Not far from Queenstown and crossing it in a 100 metre span is the famous Kawarau Bridge, the world's first bungy jumping site. 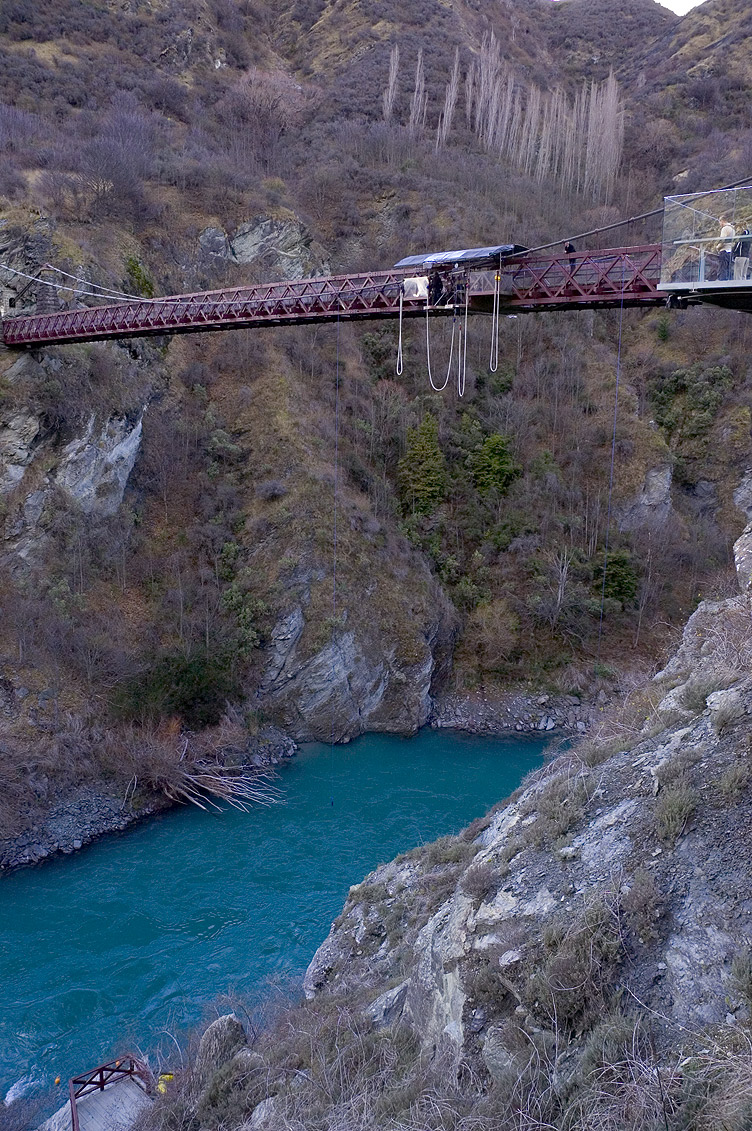 43 metres above the river (roughly the equivalent of a 13 storey building), the view might bring up nerves for those who are uncomfortable with heights. Common sense, which ordinarily I'm in agreement with, says that strapping an elastic cord to your legs and jumping off a bridge isn't a very safe thing to do, but something about it made me decide that this is something that I wanted to try. Maybe the cold was affecting my brain. A few minutes later I'd signed my life away and was standing outside the structure of the bridge with my toes hanging over the edge, staring down into the vast expanse of nothingness between me the river.

There was really nothing left to do except jump... 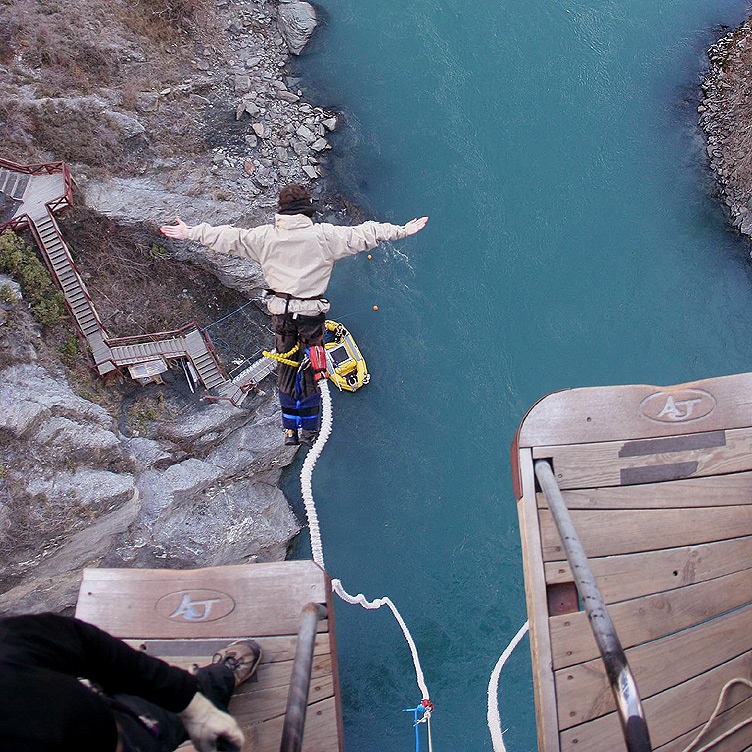 Obviously this photo wasn't taken by me (I'm the one hurtling through the air); it's one of the photos taken during the freefall by the team at A J Hackett Bungy.

It's difficult to describe, but it's a huge rush! The first freefall is over in just a few seconds before you're yanked back up by the bungy cord. The experience is fantastic! After you've bounced around a fair bit and started to regain your composure you come to a rest hanging upside over the rushing water before being "rescued" by a two man team in a boat. In case you're wondering, yes, my head ended up dunked in that water and yes it was extremely cold!