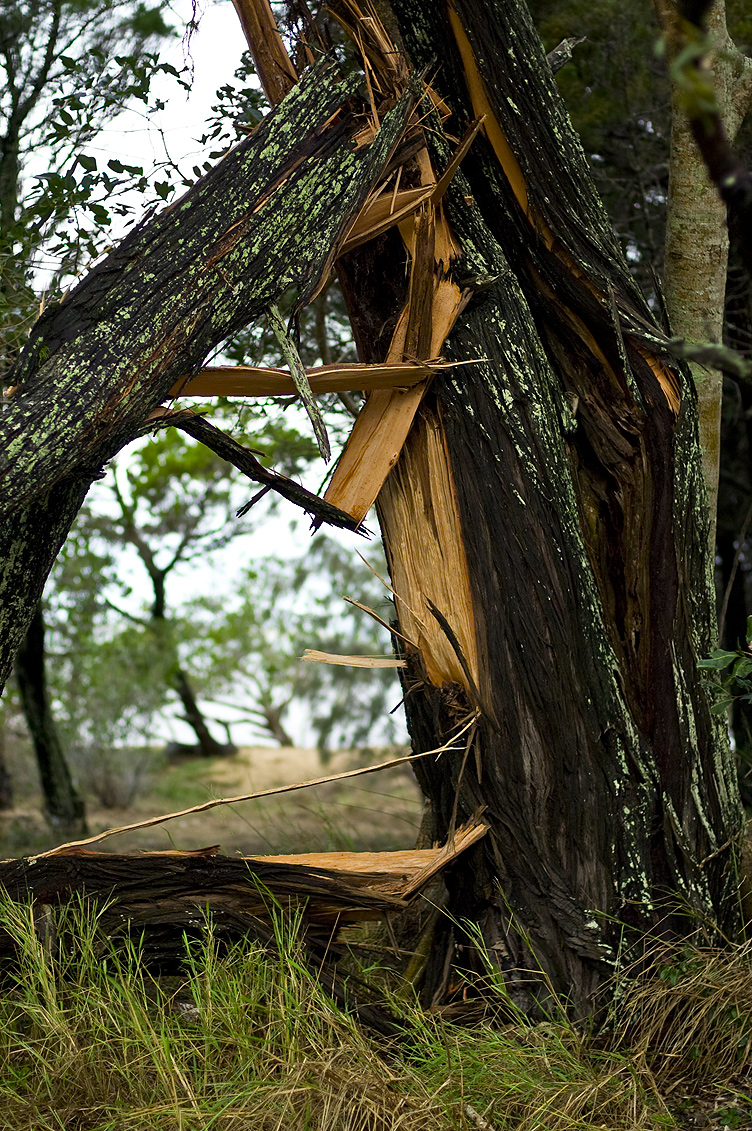 A while back we had a wild storm here that downed trees and powerlines all over town. During the resulting widespread blackouts I took some photos of the aftermath near the shoreline.

Currently we have an intense low pressure system building nearby which should produce gale-force winds and significant tidal surges, so it's possible we might received similar damage. The State Emergency Service has already advised campers to evacuate Fraser Island, which is less than 10 km from here. It should be an interesting end to the year!