as changeable as the... 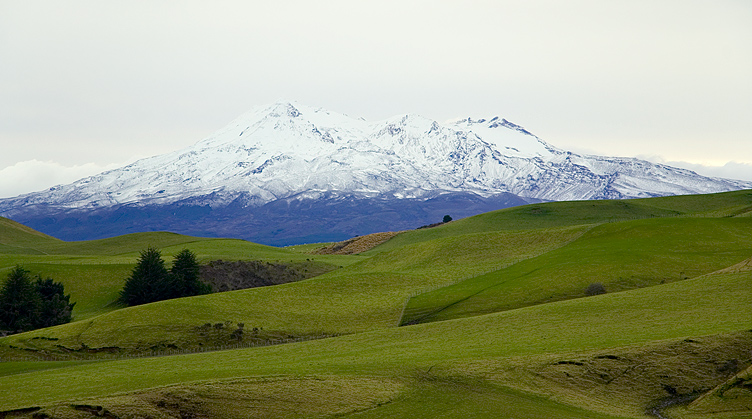 Back through Ohakune and east, with grassy fields stretching out everywhere. If you look really closely above you can see a few white specks - yes, more sheep (there really are a lot of sheep!). 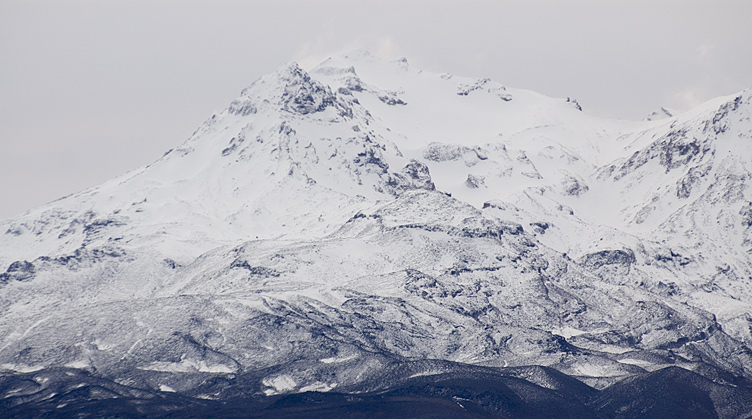 Then north along the Desert Highway where the weather started closing in. Above is Ruapehu again, and below is about a half an hour later. It's amazing how the landscape and the sky can change in such a short period of time... 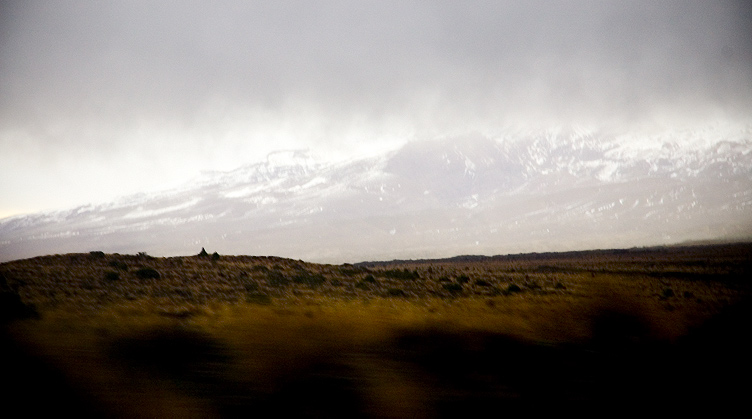 Back around Taupo and a quick stop in the town of the same name (which is on its north east shore), then on through Rotorua. Being a thermally active area the smell of sulphur was ever-present and occasionally on the side of the road steam could be seen rolling up from the ground. Then, night time now, east to Whakatane on the edge of the Bay of Plenty. The road was twisty, as most roads in that area seem to be, wriggling through mountains and next to the shores of numerous lakes before reaching the plains and finally Whakatane.

Whakatane was to be the base for the night, with the plan to head to White Island, an active marine volcano 50 km off the coast, by boat the following day. As the new day dawned it was obvious that wasn't going to happen, with almost horizontal pounding rain obscuring everything. It was a shame, but you can't change the weather! At this point I decided to try to get a local GPRS internet plan from Vodafone NZ, but after going through a huge sign up process that involved a copy of my passport, they couldn't create the account because of my lack of a New Zealand residential address. So after a brief look around Whakatane it was time to head inland again to Rotorua to check out things by the light of day.