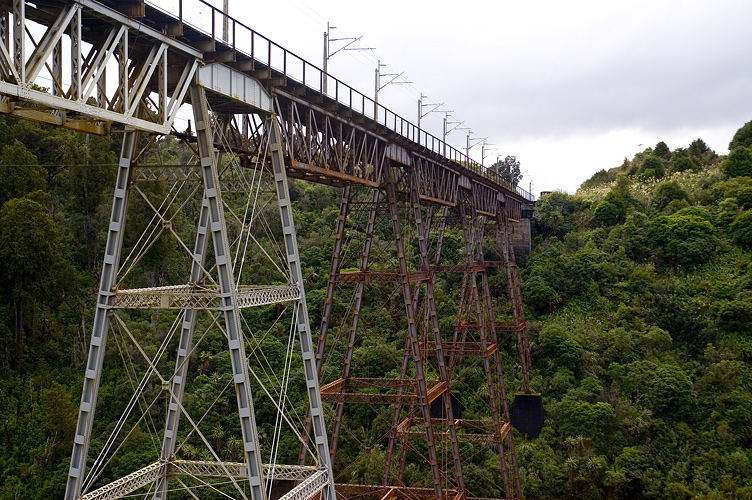 After arriving in Napier it was time to pick up the rental car and start exploring the North Island. Napier is well known for its Art Deco buildings, the result of a rebuilding effort after an earthquake and fires in 1931 destroyed much of the town. With its long tree-lined boulevard, Marine Parade, following the sweeping bay and providing views across to the slanted cliffs of Cape Kidnappers, building façades tightly huddled together at the edges of the city streets and architectural surprises like the Veronica Sunbay, it's like the Mediterranean with a film noir influence.

From Napier the plan was to travel North... by North-West.

Past a lot of sheep and the Ahimanawa Range we arrived at Lake Taupo, a massive caldera almost the size of Singapore; it was windy and the lake had an oil painting-like choppiness of emerald and dark blue breaking on the gravel beach. On around the east of the lake, which seemed as though it would go on forever, then south to the end of the Taupo Volcanic Zone. Mount Tongariro and recently-active Ngauruhoe rose up to an increasingly stormy sky as we travelled west and then south, snaking around the walls of steep valleys like the bridge-spanned example above, on to the plains and east around Mount Ruapehu to the town of Ohakune.

Mount Ruapehu is an active volcano, the tallest mountain on the North Island and home to several ski fields such as Turoa, not far from Ohakune. After having lunch in Ohakune and calling to check on the weather conditions for a trip to White Island the following day (which was looking increasingly unlikely due to forecast gales), we took a trip up to Turoa to get a closer look at the snow on Ruapehu. The landscape changes dramatically in the space of only a few minutes, from open plains through a dense rainforest and up to a cold waste land of volcanic rock and tussock. In the distance... 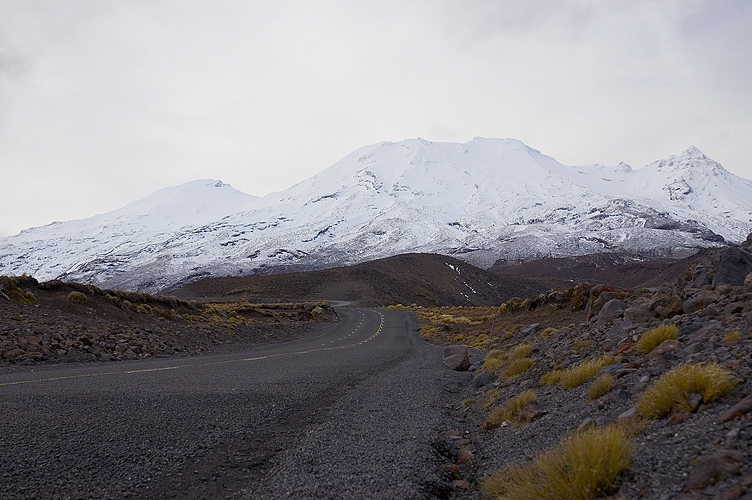 ... the mammoth peak of Ruapehu.