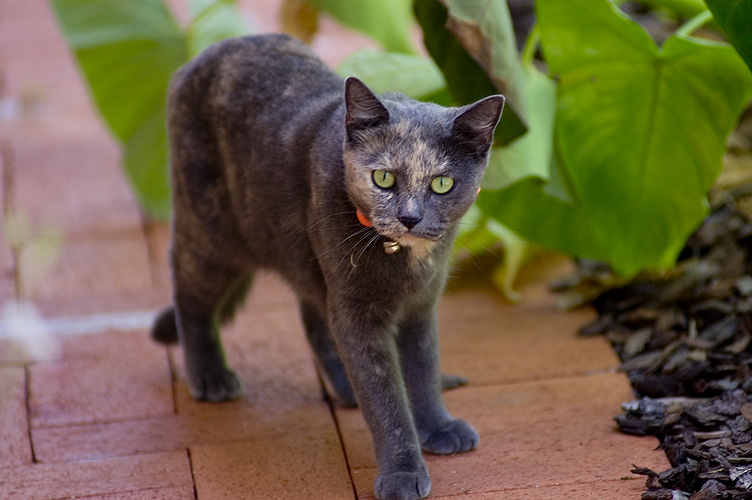 I've decided that all future photos will be at least 752 pixels wide, because 600 pixel just isn't enough. I've had to reduce the menu a little, but I think it's better this way - now the photos are larger and contain more of their original detail. To kick things off, here's a pic I took the other day of a cat that hangs around here a lot. It's a stray that thankfully now has a bell collar; it likes to harass lake wildlife. I regularly find it stalking the back windows of an evening, trying to claw its way up the screens to catch geckos visible against the interior light (the geckos are, in the same way, trying to catch mosquitoes).

I survived that nasty insect bite, though I did catch a cold over the weekend (it was just a matter of time). The Lian Li card reader arrived and has made the job of transferring images vastly easier. It creates a virtual drive for each card slot - quite handy. A few hours were spent at the harbour on Saturday, which is always an interesting place to take photos, so I'll post a few of those in the coming days. I'm going to try to get myself into the habit of posting several photos a week, which should be a good way to force myself to learn more about the camera and photography in general.

Today I had passport photos taken as part of the process of applying for a passport (obviously; what other need would I have for passport photos?). They look pretty funny, which is to say that they're an accurate representation of what I look like. The requirements for the photos have changed recently due to the new biometrics system. For example, you now must have a neutral expression in your passport photo; if you're smiling there's a high probability that the photo will be rejected by The Department of Foreign Affairs and Trade because it decreases the accuracy of biometric data, and those in Miniluv wouldn't want that, would they? There was one question on the main application which I found subtly humorous: "Are you an identical twin?"

Finally, I'll leave you with a recent pic of one of the kiteboards (this design was on one of the boards that was ordered today). 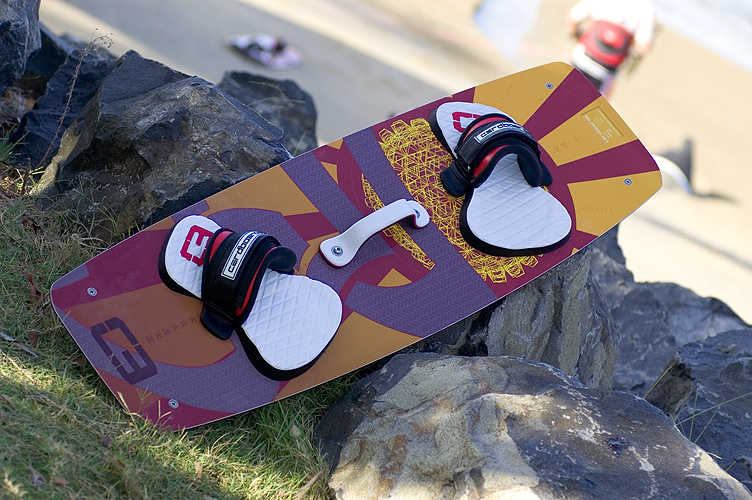