The trip from Queenstown to Te Anau felt like quite a long one due to it being after dark and after such a slow day waiting around in airports. Still, the landscape under a partial moon, with recent snow luminous in the fields, was a relaxing and interesting sight. There was almost no traffic which seems to be a regularity in New Zealand; with a population of around 4.1 million people and so many roads it's not that surprising. Milford Sound itself has no accommodation so Te Anau is a good place to stay, being situated about 1.5 hours from Milford Sound in good driving conditions. During the winter months the road suffers from ice so the trip can be significantly slower, but the road is well-marked and maintained. Avalanches are also a problem, so from Falls Creek (not to be confused with the Australian ski resort!) to The Chasm - the majority of the trip - there is no stopping allowed.

A feature of the drive is the narrow Homer Tunnel, a 1.3 km hand-carved and unlined road tunnel that takes you through to the other side of the mountains. In summer traffic lights operate at both ends of the tunnel because it's narrow width and almost semi-circular profile make it difficult for large vehicles travelling in opposite directions to get around one another. In winter however you just take your chances - the avalanche risk at the entrances means that stopping or queuing is prohibited.

With snow scattered everywhere and sleet falling as we rapidly reduced altitude on the west side of the tunnel it was clear that the weather was going to be rainy, but this is an advantage at Milford Sound, where rain equates to waterfalls! 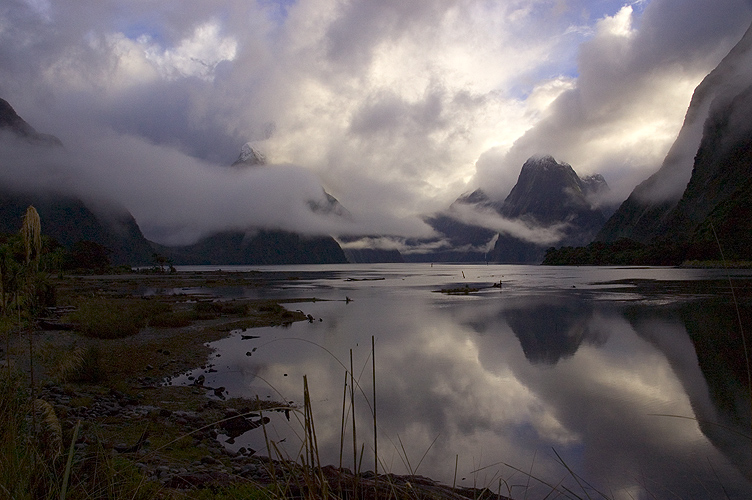 As soon as you arrive at Milford Sound the 4 hours of driving are instantly forgotten. Photographs just don't do justice to it! Milford Sound, which is actually a fjord, is both unbelievably enormous and gorgeous. You have to see it for yourself to get a real understanding of the scale of things here, because words and photos can't convey how impressive and imposing it is.

We booked on Red Boat Cruises for a trip through Milford Sound and it was a great experience! 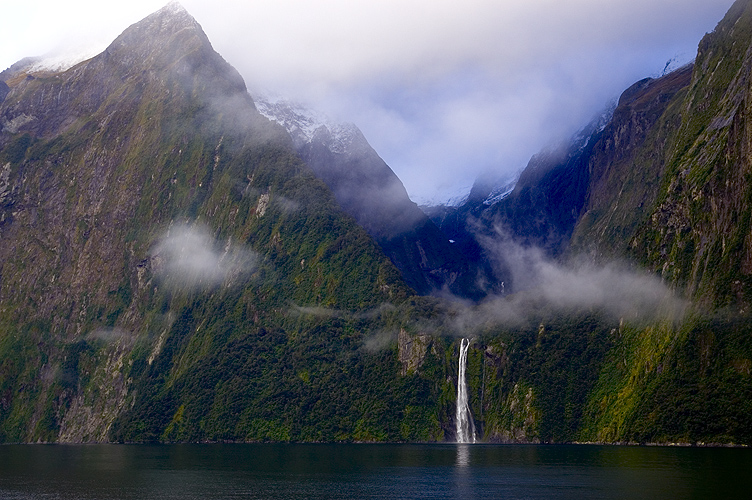 The sheer cliffs and colossal U-shaped features, the result of glacial erosion over thousands of years, rise dramatically up from deep and emerald waters to over 1600 metres in height. 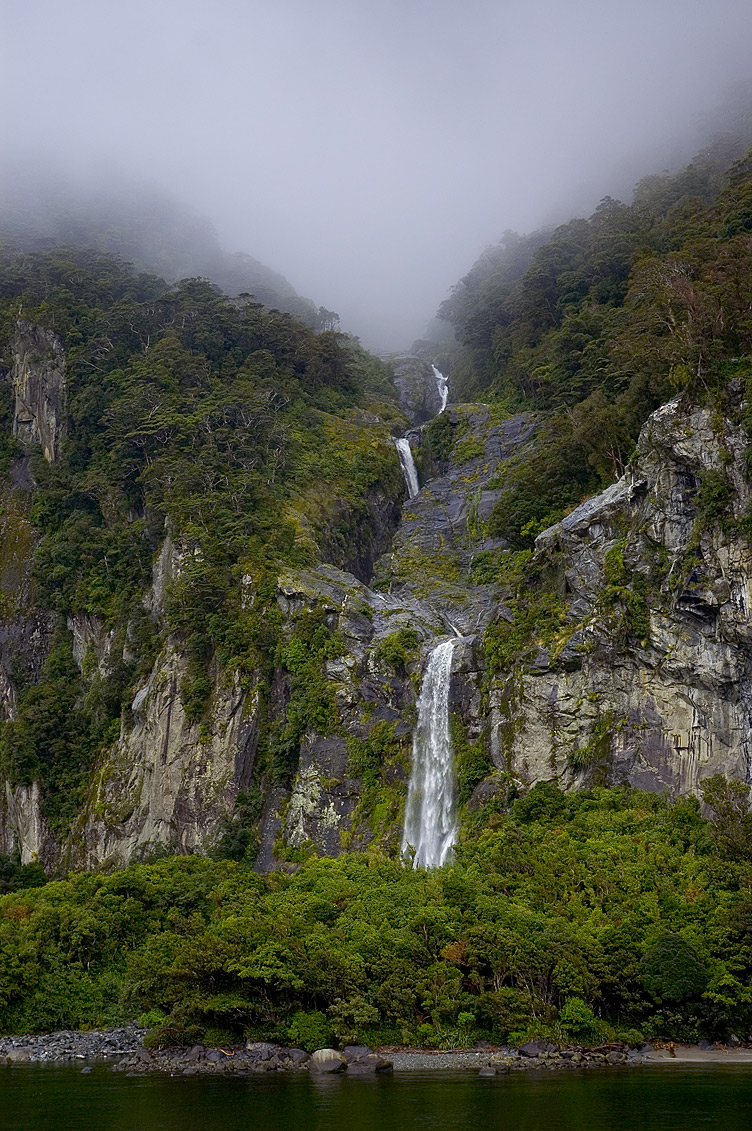 A number of huge waterfalls had rushed into action because of the recent rain. There are much larger examples than the one in this photo but again the scale is difficult to capture in an image, so I'll leave them as a surprise for when you go there yourself! (If you've ever thought of going to New Zealand, make sure you go to Milford Sound. In fact, go to New Zealand just to go to Milford Sound!) 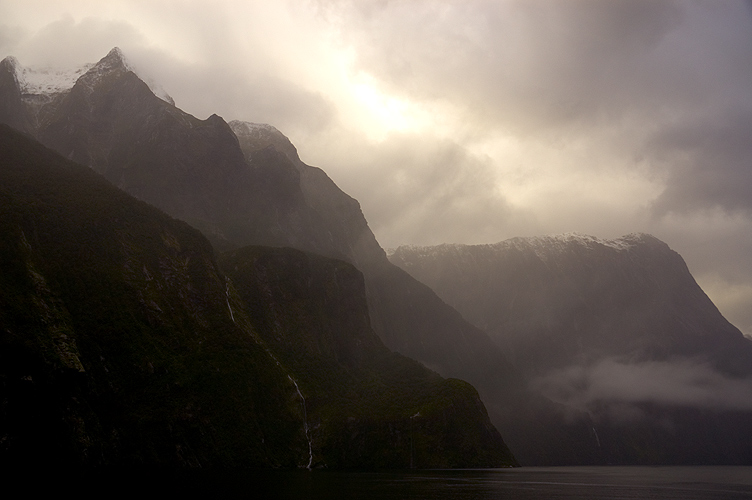 When it's raining the light and the clouds are constantly changing. Just when you thought things couldn't look any more beautiful you get a pleasant surprise around the next corner.